- Carlos Corberán on Norwich City
- Head Coach on how his side will approach the game
- Watch Carlos’ full press conference below on #HTTV!

Head Coach Carlos Corberán is eager for Huddersfield Town to get off to a positive start in the Sky Bet Championship with Norwich City the visitors to the John Smith’s Stadium on opening weekend.

The Canaries make the trip up to West Yorkshire on Saturday for what will be Carlos’ first league game in charge of the Terriers.

Both sides also come into the game off the back of season opening defeats in the first round of the Carabao Cup last weekend.

During his virtual press conference on Friday afternoon, Carlos discussed the impact those results may have on Saturday’s encounter as he looked ahead to facing Daniel Farke’s side.

“Norwich is a team that have been working with the same coach for the last few years, they got promoted to the Premier League and now have been relegated to the Championship again.

“They have signed a lot of new players, they have stability and both teams arrive to the game having had a defeat in the Carabao Cup so it’s going to allow both teams to have the desire to change this feeling that we have.”

Off the back of being promoted as Champions of the Sky Bet Championship in 2018/19 along with their Premier League experience last season, Town’s Head Coach understands the challenge in-front of his side ahead of the league opener.

The Spaniard, however, is focused on what his side can do to cause the Canaries problems during Saturday’s 3pm kick-off.

“When you watch Norwich, it’s a team that you can recognise very well how they play, because they’ve had the same style over the last few years.

“It’s a team that want the ball and that’s something we want to create the possibility to do too because you have more chances in the game when you have the ball and when you’re not making the opponent feel comfortable with the ball.

“This week, we have been focused on trying to exploit our strengths and at the same time, trying to reduce the options that the other team have.” 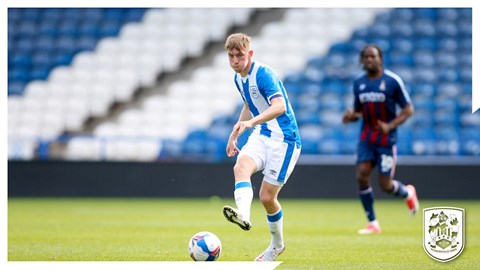 INJURY UPDATE AHEAD OF NORWICH CITY

As well as being keen to kick-off the league campaign with a good result, Carlos discussed what he wants to see from the Terriers’ performance in what will be only his second competitive game in charge.

Town’s Head Coach is hoping his side can continue to develop what they have been working on in both phases of the game, during Saturday’s Championship opener.

“We’re looking for the result but the focus for the coaches is the performance, in both defence and attack.

“I want to see the team continue feeling comfortable with the ball, and at the same time having the ball and trying to create chances.

“Without the ball, we want to be an aggressive team that doesn’t allow the other team to have the ball for much time.

“We know that they are a team with a lot of options in the squad but at the end of the day, we play 11 versus 11 and we know both teams will try to control the game with similar ideas.”