Kian Harratt has today committed his future to Huddersfield Town by signing a new deal!

The 18-year-old, who hails from Barnsley, has put pen to paper on a deal that’ll run until June 2023.

The young striker has made great progress since joining the Terriers in the summer of 2018! Over the course of his first year as a Young Terrier, Kian netted an amazing 32 goals in just 47 appearances for the U17, U19 and Elite Development teams.

That form saw him named ‘Scholar of the Year’ for Town at the end-of-season Premier League Youth Development Conference.

He continued his impressive form into the 2019/20 campaign, which grabbed the attention of the First Team set-up. He was named in the match day squad for the win at Brentford and his competitive debut soon followed; he came off the bench in the second half of the West Yorkshire derby against Leeds United last December.

That made Kian the second youngest player to feature in the second-tier last season, behind Jude Bellingham.

His year of success didn’t stop there! He went on to earn his first taste of regular men’s football and helped Harrogate Town win promotion to the EFL for the first time, whilst gaining his first experience of Wembley Stadium.

At the conclusion of the 2019/20 campaign, Kian was also named the Antoni’s Memorial Academy Player of the Year.

“We are delighted that Kian has signed a new long-term contract with us.

“He made some absolutely fantastic steps last season, embraced the different challenges thrown his way and made the most of them.

“Kian works tirelessly both on and off the pitch to develop his own game. He’s always really pushing himself physically and mentally and it’s so great to see that relentless enthusiasm in a young player.

“We’re really excited by his potential but know there’s a lot of hard work to go. We can’t wait to continue working with Kian and getting the best out of him.” 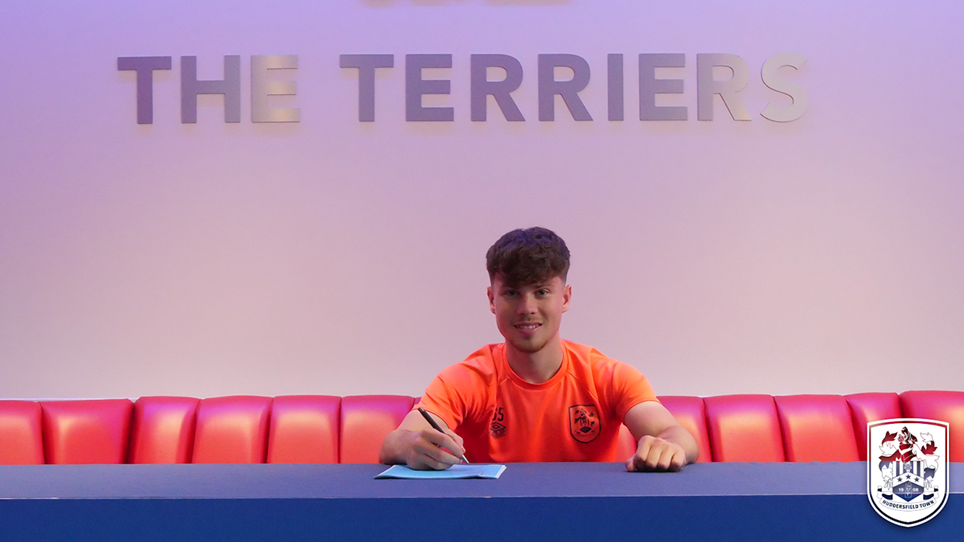