Huddersfield Town B Team striker Kieran Phillips believes he is benefitting from the exposure to senior football after scoring a hat-trick in Town’s 5-3 victory against Vanarama National League North side Farsley Celtics at Canalside on Saturday morning.

Phillips, who joined the Club’s Academy on a permanent basis from Premier League club Everton in July 2020 after a successful initial loan spell, netted twice in the first half before completing his hat-trick, with winger Patrick Jones scoring a brace to secure the win for Danny Schofield’s side.

After missing a large part of pre-season through injury, the 20-year-old is relishing the opportunity to train with Carlos Coberán’s First Team and believes he is becoming sharper in front of goal.

“I’m definitely getting sharper,” Phillips said. “Training with Carlos, Schoey and the other coaches is really getting me going.

“The intensity is higher, so I think every day you’re going in and playing really intense football with all the older lads. It makes you play better on the ball because you’ve got less time.

“Carlos is trying to play a high press, so my fitness is improving as I’m having to chase the First Team centre halves all the time. I’m definitely improving, and I think it’s improving my whole game to be fair - not just my fitness, but on the ball as well.” 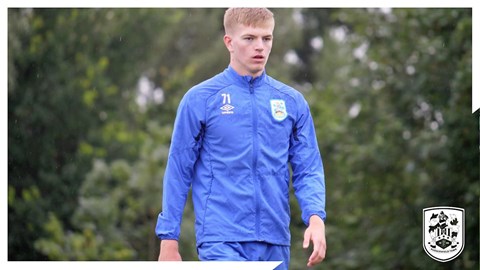 Phillips singled out his second goal as his favourite of his three. Town worked the ball to Jones on the right-wing who crossed to Phillips inside the penalty area and the striker produced an improvised backheeled finish to beat the goalkeeper.

“We must have played about twenty passes before I got the pass,” he said. “Then my improvised flick did the ‘keeper. It was a really smooth build-up play and a good goal.”

Phillips expressed his ambition to feature for Town’s First Team in the future but understands the importance of being patient as a young footballer.

“I’m feeling really good at the moment, so I think I’ve just got to keep doing what I’ve done today and hopefully the chance will come in the future, but that’s for Carlos to decide. Whenever he thinks I’m ready.”