- Town B were victorious against Sheffield Wednesday at Canalside
- More minutes for Álex Vallejo
- Goals from Kieran Phillips, Will McCamley and Kit Elliott

Huddersfield Town B recorded a 3-0 victory over Sheffield Wednesday at Canalside on Wednesday afternoon.

There were more minutes for Álex Vallejo, and a first appearance for Kit Elliott since he returned from loan at Cork City.

Second half goals from Kieran Phillips, Will McCamley and Elliott secured the win for the hosts.

The early stages of the game were closely fought in terms of possession. Wednesday had the first chance of the game, as their right winger cut inside well before firing his edge of the box shot into the gloves of Joel Pereira.

The Terriers reacted quickly, with Phillips chasing down a ball from Rarmani Edmonds-Green, however, it was collected by the visitors’ ‘keeper.

Town came close again ten minutes thanks to Vallejo. A cross to the back post met the Spaniard who smashed his volley into the ground and straight into the 'keeper’s arms.

The Young Terriers found their second big chance of the game in the 27th minute. Following some impressive interplay between Jaden Brown and Brahima Diarra to play Sam Sharrock-Peplow in on goal, the young forward met the ball on the left side of the box, but sent his driven shot across the face of the goal.

Town reacted quickly once again with another good chance to take the lead. The ball settled nicely for Phillips on the edge of the box who sent his half volley agonisingly wide of the left post.

The Young Terriers came into the second half eager to break the deadlock, with Danny Schofield completing a pre-planned change; centre backs Edmonds-Green and Demeaco Duhaney being replaced by 17-year-old duo Luke Daley and Loick Ayina.

On the hour mark, Town took the lead. Jaden Brown drove down the left wing before crossing to Phillips at the near post who slotted home coolly.

The introduction of several Under-19 players immediately after this goal led to complete domination for the Young Terriers, who deservedly put the game to bed.

Town came close to doubling their lead three minutes later as Sharrock-Peplow nodded a Ben Jackson corner onto the crossbar from inside the box.

Undeterred, the Young Terriers doubled their lead minutes later, as Will McCamley found the back of the net in the 67th minute. An electric forward run by Sharrock-Peplow instigated the chance before he squared to McCamley in front of goal.

17-year-old midfielder Diarra, who put in an impressive performance throughout, switched to right-back in the second half and found even more energy to open up the Wednesday defence on multiple occasions.

Diarra was key in the Young Terriers’ final goal of the game. In the 89th minute he dribbled through the entirety of Wednesday’s defence before finding Elliott in the box to slide it home. 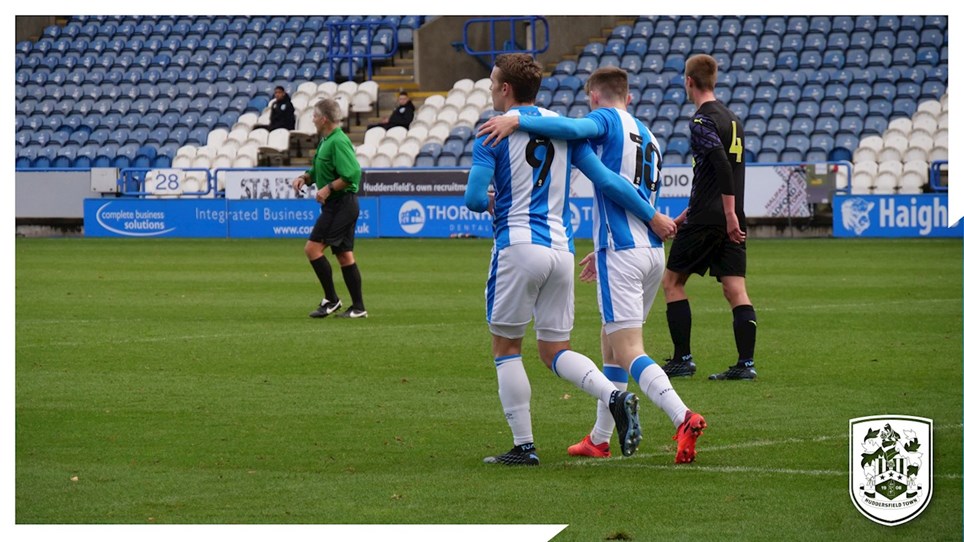 
Another good outing for Huddersfield Town B