A number of Huddersfield Town’s Academy graduates are out on loan to further their development and to help them gain experience senior experience.

One of the key parts of the Academy’s philosophy and development is to give youngsters different tests and challenges to get them used to First Team playing.

So, with that in mind, htafc.com has checked up with the nine youngsters to see how they’re getting on!

Town midfielder Scott High (above) joined the Sky Bet League 1 side just before the start of the new season to get further experience of First Team football, linking up with his former Town Academy Coach Dean Whitehead.

Scoring his first senior goal for the Shrews against Middlesbrough in an EFL Cup match in September, Scott has gone on to make 13 appearances so far across all competitions; that includes nine in the league.

Shrewsbury Town currently sit 22nd in Sky Bet League 1 with one win from their first 10 games. 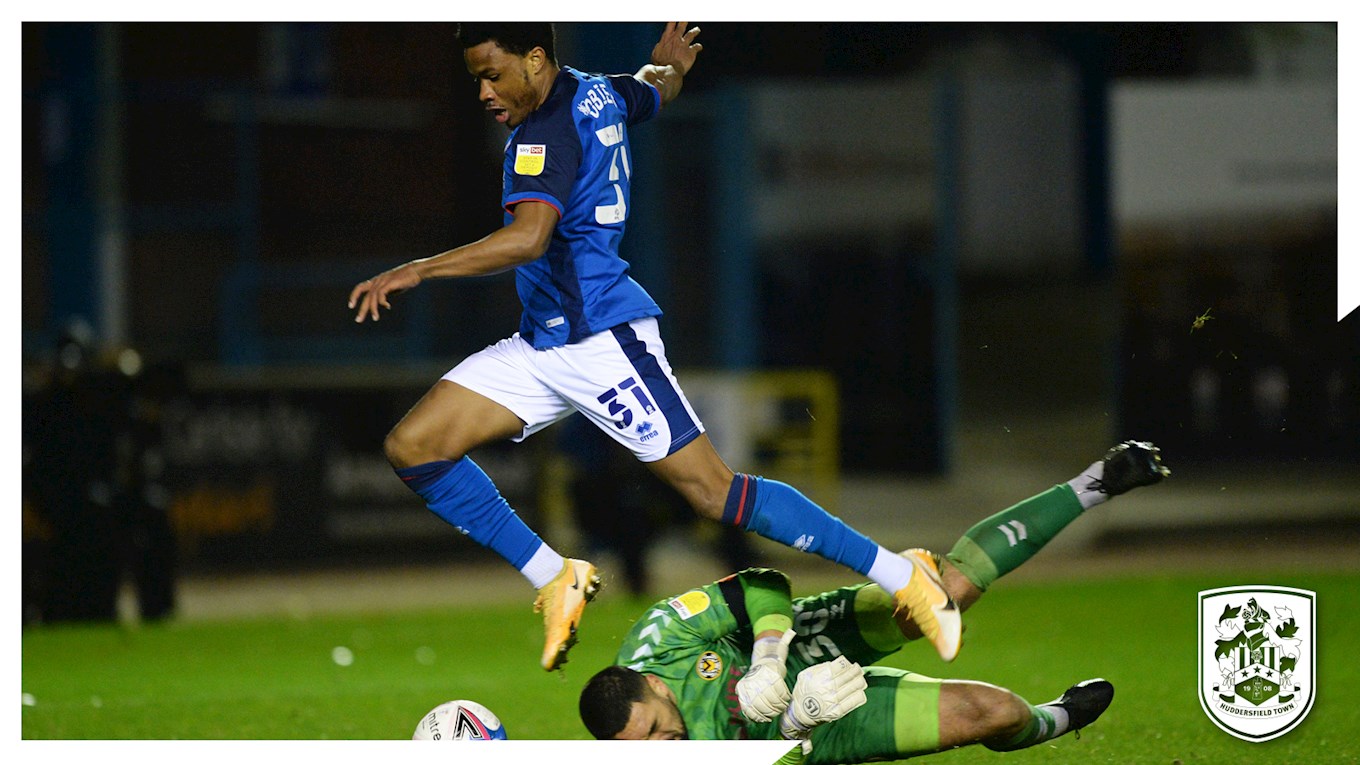 19-year-old Micah Obiero (above) has been continuing his development in Sky Bet League 2 at Carlisle United.

The young striker, who made his first professional debut for the Terriers, made the switch on deadline day to gain a regular test of men’s football.

Micah has made three appearances for the Club, all of the bench, making his debut in the league in a 3-1 win over Morecambe.

Carlisle currently sit in 5th in the League Two table with 20 points from their first 11 games.

After gaining his first experience of senior football at Harrogate Town, Kian has now made a loan switch to Vanarama National League North side Guiseley AFC.
He has since made two appearances starting in their FA Cup game against United of Manchester and their league game against Boston United. 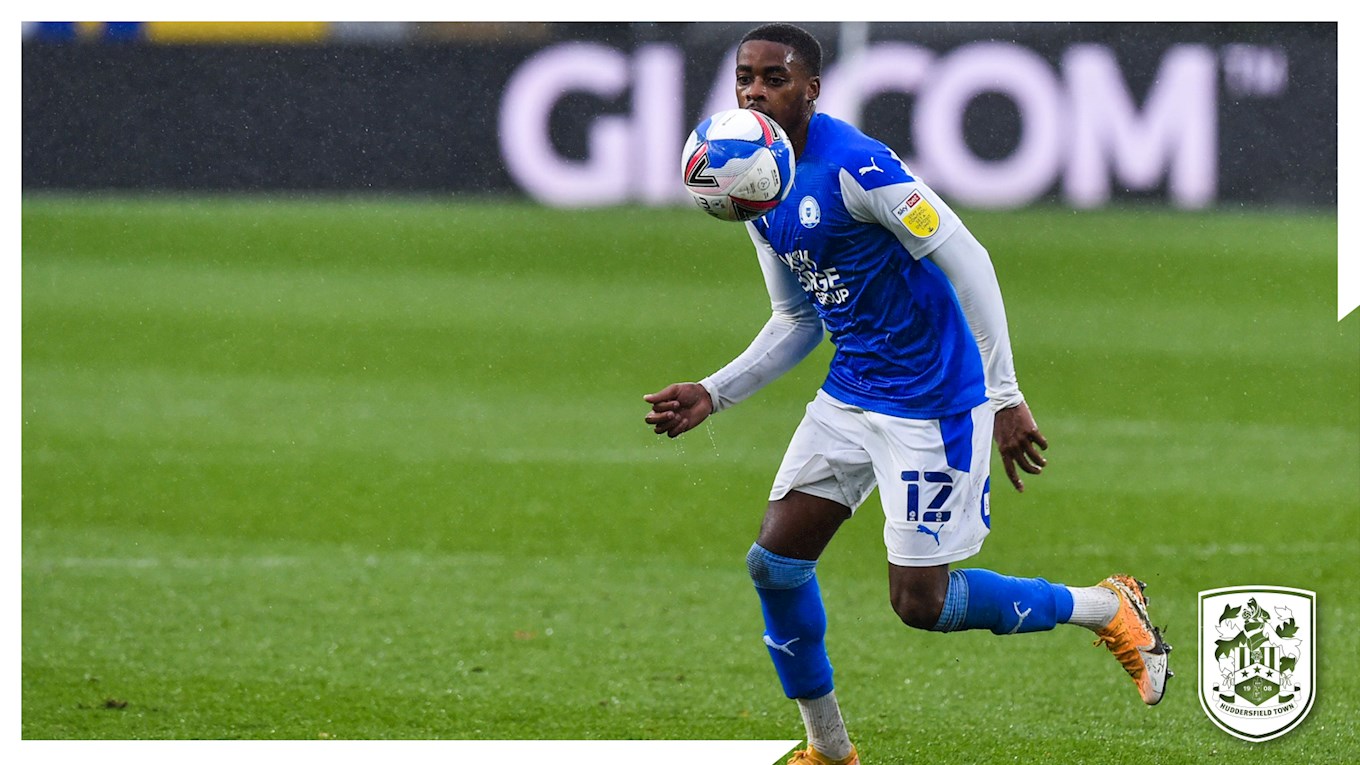 Reece Brown (above) re-joined Peterborough United at the beginning of the 2020/21 campaign.

He has continued to impress with the Posh making 11 appearances in all competitions and scoring one goal; that came in a 2-0 win over Northampton Town.

18-year-old Kit Elliott joined Cork City FC at the beginning of the season continuing his development in the Irish Premier Division.

Kit has made four appearances for the Irish side who currently sit 10th in the Irish Premier Division. He’s also bagged one goal!

Will McCamley at South Shields

Young winger Will McCamley returned to South Shields on loan at the start of the season – a side whose Academy he left to join the Terriers!

So far this campaign, he has made nine appearances for the Northern Premier League side, starting once.

Both players have gone out on loan to further their experiences in senior men’s football.

Jaheim has had spells at Bradford (Park Avenue) and Hyde United, whilst Mustapha spent time last season at Tadcaster Albion.

Mustapha has started three games for the Vanarama National League South side, whilst Jaheim has made two appearances.

They follow in the footsteps of Romoney Crichlow, who enjoyed a successful spell on loan at Welling to end last season before breaking into Carlos Corberán’s First Team squad this year.

Young goalkeeper Giosue Bellagambi has now finished his short loan spell at Northern Premier League Division One North West Ramsbottom United. He started four games and impressed during his time at the Club.

Tom Bamford has also finished his latest loan spell in men’s football. He made three appearances for Ossett United.