Who was the lucky winner from Huddersfield Town’s Golden Gamble draw, sponsored by Barden Print, against Luton Town?

Alongside winning a fantastic cash prize, Benjamin also won a very special prize! He won Christopher Schindler’s shirt from the Birmingham City game! Schindy wore two shirts in the game at St. Andrew’s, which is why Benjamin was able to select it.

Make sure you take part in the Golden Gamble draw for the Club’s home game against Middlesbrough on 28 November 2020!

GUARANTEED £1,000! PLUS EXTRA PRIZES FOR PLAY-OFFS!


Golden Gamble returns for the Play-Offs 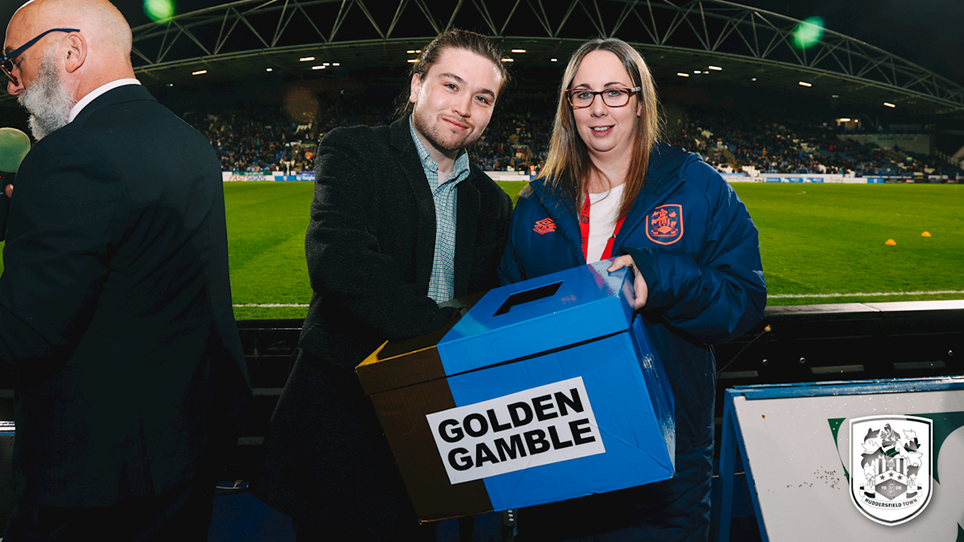