A look back at notable Town players who wore number 9

Number nines are notoriously known in football for being fans’ favourites and that’s certainly the case at Huddersfield Town!

The jersey is currently held by Elias Kachunga who joined the Club from FC Ingolstadt, initially on a season-long loan, in June 2016.

‘Kache’, in true number nine style, won the hearts of the Huddersfield Town fans during the 2016/17 Sky Bet Championship season. He finished as the Club’s top scorer, with 13, and helped the Terriers win promotion to the Premier League.

His hard-working style of play, passion on the pitch, and close relationship with the supporters will certainly keep him in the mind of Town supporters for time to come.

Town’s number nine shirt, like at most clubs, has predominantly been worn by strikers with Marcus Stewart the first man to hold the permanent number. 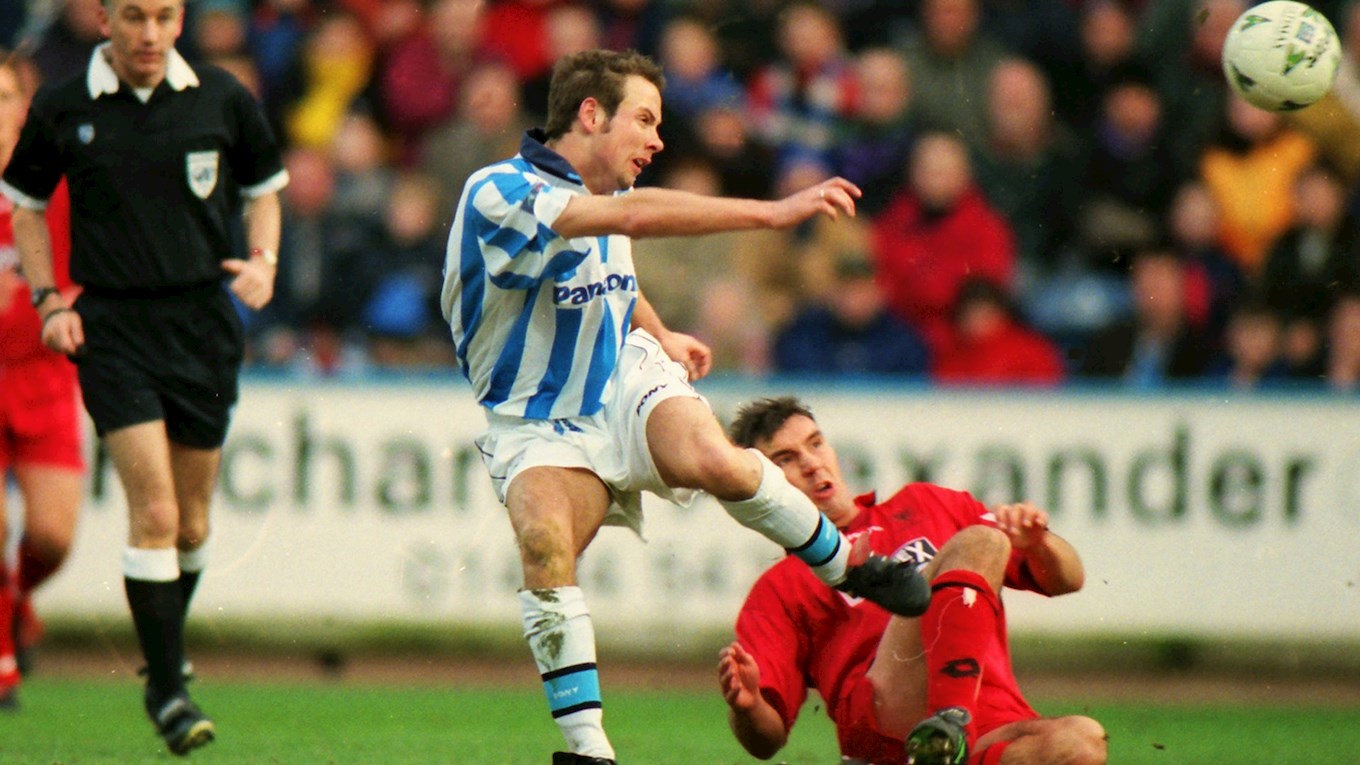 Fans’ favourite Stewart set an early precedent for players wearing the shirt after scoring 15 goals during the 1999/00 season before departing to then-Premier League side, Ipswich Town.

Following Stewart’s departure Martin Smith was brought in by Steve Bruce as his replacement. The new number nine bagged 12 goals over the next 18 months before departing.

The number nine shirt then came into the hands of now Club Ambassador Andy Booth.

When he returned to the Club, he wore the number 32 shirt before switching to number 9 in the summer of 2002.

He only held the number nine shirt for one season and scored six goals as his side were relegated to Division Three.

The following campaign saw the emergence of Jon Stead, who took the number nine shirt from Boothy.

The youngster set Division Three alight, immediately loved by the fans, as he scored 16 goals in the first half of the season before joining then-Premier League side, Blackburn Rovers in 2004.

After Stead’s blistering first half of the year Town fans thought it would be incredibly difficult for anyone to replicate that form especially wearing his old number, but in came Pawel Abbott. 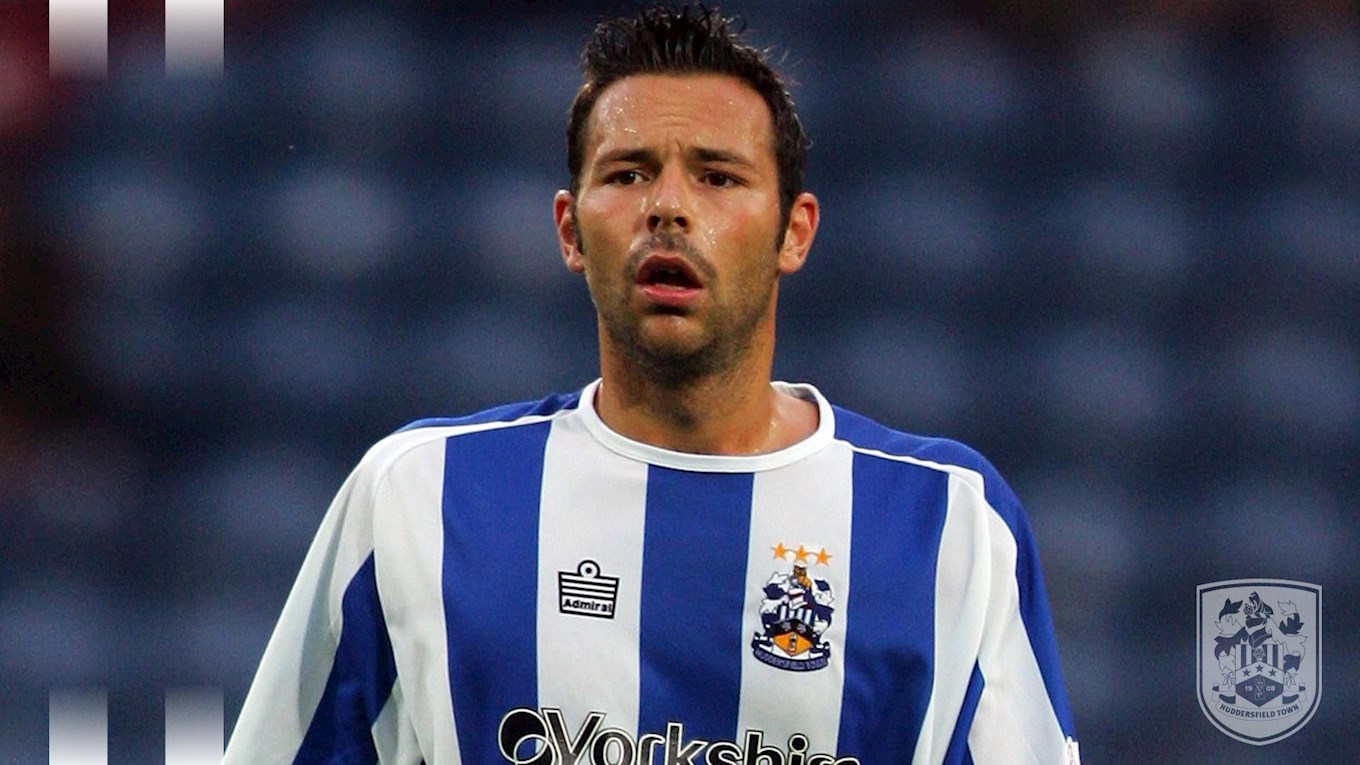 The striker on loan from Preston scored four goals in his first six games and instantly became a hero to Terrier supporters.

Abbott held the shirt across three seasons before he joined Swansea City. Paul Hayes joined the Club in February 2007 on an emergency loan from Barnsley. He made four appearances and scored one goal.

Danny Cadamarteri joined Town six months after, but his first spell with the Terriers was hampered with injury only scoring five goals in two seasons.

During his two seasons away from the Club, Theo Robinson became Town’s new number nine and started his opening campaign well scoring 16 goals.

Reclaiming his old number, Danny Cadamarteri looked to impress at his old Club, but finished the 2011/12 season without scoring a goal.

6ft tall striker, Lee Novak, claimed the shirt and scored six goals, helping Town stay in the Championship before James Vaughan, who had impressed in his loan spell from Norwich City, was handed the jersey. 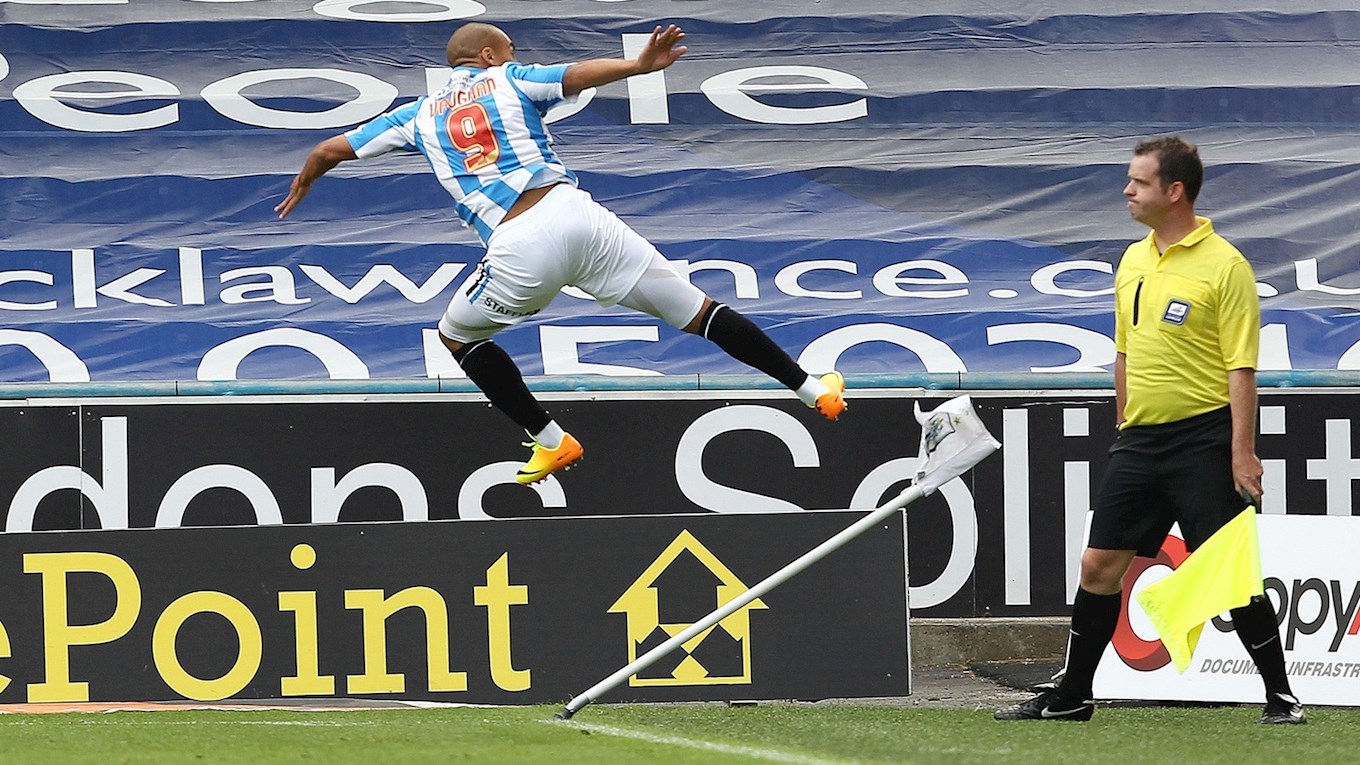 Similarly to Abbott, Vaughan held Town’s number nine shirt for three seasons after signing on a permanent deal from the Canaries.

In his first season with the shirt he was the Terriers’ top scorer with 14 goals in all competitions, he carried on his fine goal scoring form into the 2014/15 season. Before departing, Vaughan bagged 33 goals for Town. 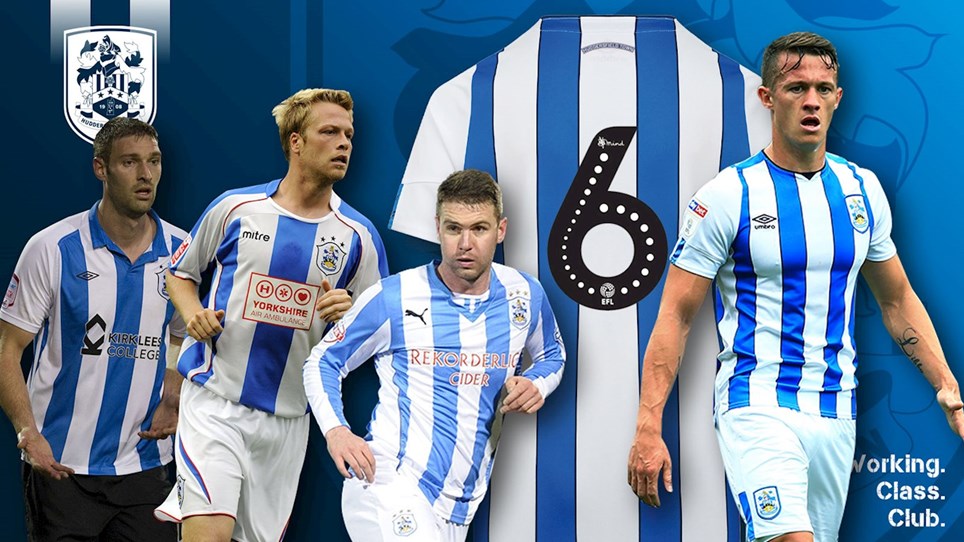