The number 6 shirt has been typically worn by defenders since permanent squad numbers were introduced ahead of the 1999/00 season, but in recent years one man has made it his own.

That is, of course, tenacious midfielder Jonathan Hogg. ‘Hoggy’, who joined Town from Watford in July 2013, has been a key player for the Club and made over 200 appearances for the Terriers so far.

His all action style of play, leadership and tough tackling style of play has been evident to see over the years and helped him to win the Club’s Players’ Player of the Year award in the 2016/17 Sky Bet Championship.

Before Hogg, the shirt was possessed by Anthony Gerrard, who featured 81 times for the Terriers in the league. The Merseyside native struggled with injuries during his time at Town, but still enjoyed a successful stint of First Team football and captained the side for the first time against Leicester City in the FA Cup Fourth Round replay in 2013.

Jamie McCombe wore the number 6 shirt for just a single season during the 2011/12 campaign which saw Town promoted to the Championship via the Play-Offs. During his time at the Club the centre-back made 54 league appearances and managed an impressive total of eight goals during this time. McCombe was one of the first signings of the Lee Clark era and played his part in a successful season for the Terriers.

Arguably the man who made the biggest impact wearing the number 6 shirt was Nathan Clarke. The boyhood Huddersfield Town fan, who was a product of the Academy, made his First Team debut aged 17 wearing the number 36, but went on to make many of his 300 appearances for the Club sporting six.

Before Clarke, the shirt was worn briefly by Welshman Ian Hughes who featured during the 2003/04 campaign before leaving for Bacup Borough.

During the 2002/03 season the number 6 was held by midfielder Chris Holland who featured regularly for Town, making a total of 120 league appearances. He bagged his first ever professional goal for the Terriers against Nottingham Forest.

Former Chelsea defender Ken Monkou was the second person to wear the number six shirt. The commanding centre-half only had one season with Huddersfield Town towards the end of his footballing career. The first season Town players were assigned squad number was the 1999/2000 season and Kevin Gray was the first player to be assigned the number. 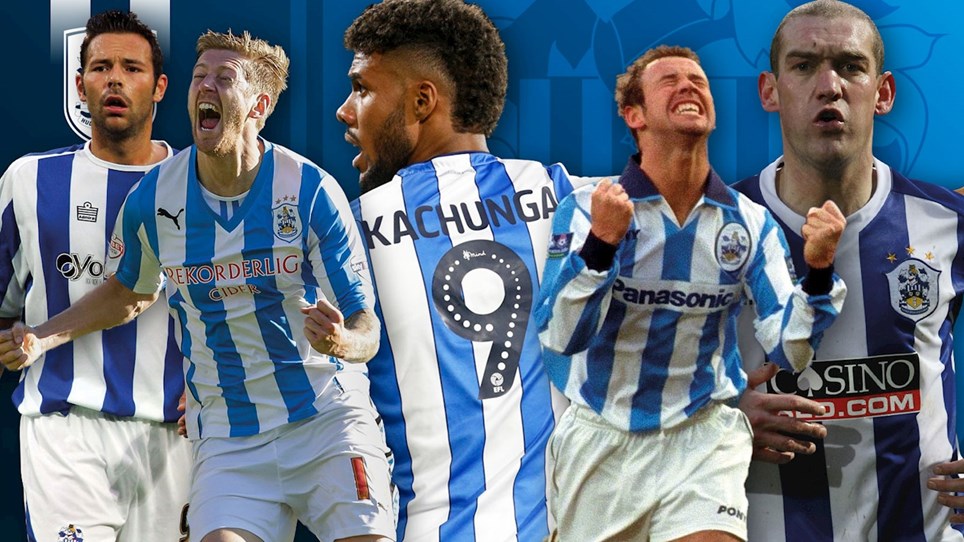 
A look back at notable Town players who wore number 9