In the first of a series of three htafc.com exclusives, Mick Buxton has lifted the lid on the “cultural revolution” that was key to turning Town from chumps to champions.

Town had suffered a dramatic fall from grace that saw the Club threatened with non-League football when Buxton took over as manager in August 1978.

But the no-nonsense Wearsider masterminded a remarkable transformation and soon Town were celebrating winning the Fourth Division title in never-to-be-forgotten circumstances.

In a candid interview with htafc.com to mark the 40th anniversary of Town’s famous title-clinching win over Hartlepool, Buxton has taken a walk down Memory Lane – explaining how masterminded the upturn in fortunes.

Buxton arrived at Town’s old Leeds Road ground as then manager Tom Johnston’s assistant in December 1977 before taking the helm after Johnston’s resignation, initially on a temporary basis.

Town were third-bottom of the Football League when Buxton was first put in charge but he quickly galvanised the Club which was then at its lowest ebb.

That was after the Club had tumbling down the football pyramid from top to bottom divisions with three relegations in four years the early-70s.

Thanks to Buxton, his backroom staff and his tight-knit bunch of players, Terriers fans were soon celebrating again as Town were promoted twice in the early 80s.

That was on the back of the attractive attacking football that captured hearts and minds across the Huddersfield – and a change of culture in line with Buxton’s football upbringing just across the Pennines.

“I’d had a good upbringing – 10 years at Burnley who were one of the top clubs in the country,” Buxton told htafc.com.

“The Club’s success was founded on discipline but what I saw at Huddersfield when I arrived was just the opposite.

“It might sound stupid, but the players more or less did as they wanted because there was little or no discipline.

“The whole place literally was a mess. The walls around the changing rooms at Leeds Road were filthy where they players had kicked around muddy footballs without a care in the world.

“There was clearly no regard for the place because the players showed a lack of respect for the Club - for their surroundings and for the people who worked there.

“Our cleaning lady Nellie Thompson, who was a lovely lady, could come in at the crack of dawn to sort out the kit and all they could do was leave dirty kit all over the place for her to pick up.

“Nellie was brilliant, just like Fred, our maintenance man, who looked after everything with his set of 200 keys.

“They were good people and they’d do anything for the Club and they deserved better from our players.

“The players didn't even clean their boots properly – which is something I sorted out straight away as well. We had to get back to basics.”

“I remember my first day as a coach,” Buxton said. “and I had a hell of a go at one of the players in a practice session because standards were unacceptable.

“We were doing some running and he kicked a bollard all over the place because he’d got fed up and didn’t want to put in the hard yards.

“I told him to go and retrieve the bollard and put it back on its spot and as he chuntered on, I told him I wasn’t bothered how long it took him, we’d stop there all night if we had to.

“I put down a marker. I spelled out to him that he’d do what I’ve told you do to and eventually he did which was lucky for the rest of the lads because we would have been there all night if necessary.”

Buxton stamped his authority on the Club even more firmly when he took over the managerial reins early on in the 1978/79 season after Johnson quit.

“Every training session would be planned so there was a purpose to the session, so we all knew exactly what we we’d do,” Buxton said from his Barnsley home that he shares with wife Maureen.

“I told them it wasn’t a kindergarten – it was a workplace and we’d knuckle down every for every session.

“They would be the backbone of my team for years to come but unfortunately they were being held back – they were losing out because the lunatics had taken over the asylum.

“It’s fair to say I had a big job on my hands, but I enjoyed the challenge to tell the truth – I enjoyed instilling discipline because I believed it was the right thing to do.”

“They had a full-sized snooker table at the ground which said it all about the Club,” he recalled.

“The only time you saw quite a lot of them put in any effort was when training finished, and they could run like hell to be first on the snooker table.

“But after I took charge, they came in one morning and it had gone - I’d got shut of it.

“That was because I wanted them to focus on their jobs as footballers, not to sharpen up their snooker skills.

“It was a bit of a shock to the system for some of them, but things needed to change – we needed what you could call a cultural revolution.

“But I was fortunate that I had a base of players who wanted things to be structured because they wanted to be winners.

“So, when we trained there was no messing about, and everything was ready for them and they had to be ready for it.

“Eventually we did get shut of the renegades and we took things from there, re-building the football club with the right people and made sure that any new people were of the right, hard-working character.

“We went from third-bottom to finish ninth in my first season as manager. We had our lowest ever crowd (1,624 against Torquay on April 30) which showed how far we’d slumped, but I could see things were on an upward trajectory.”

Buxton worked overtime with right-hand man John Haselden as well as Reserves team manager Jimmy Robson and Town legend Steve Smith who was in charge of the Youth team.

“I knew we were heading in the right direction when we came back for the 1979/80 season,” Buxton said.

“The players were confident; they were upbeat, and we’d strengthened the squad over the summer, so things were looking up.

“We had a whole pre-season to get ready and I knew we had what it took to play good football and get the crowds back with a simple formula.

“I’d been brought up playing football in the right way, not just to hoof it wherever. It was all about the basics – control the ball, pass the ball, make runs for your colleagues.

“That’s what I was after at Huddersfield - I wanted us to be adventurous and get forward more quickly and when we lose the ball know how to get it back quickly.

“There are no guarantees in football, but I was I was optimistic we could get a great club back where it belonged.”

Town fan Rob Stewart’s book The 101 Club, which tells the story of the famous 1979/80 season under Mick Buxton, is available from the Town Megastore: https://www.htafcmegastore.com/accessories/gifts/book-and-dvd/1122_the-101-Club-book.html. 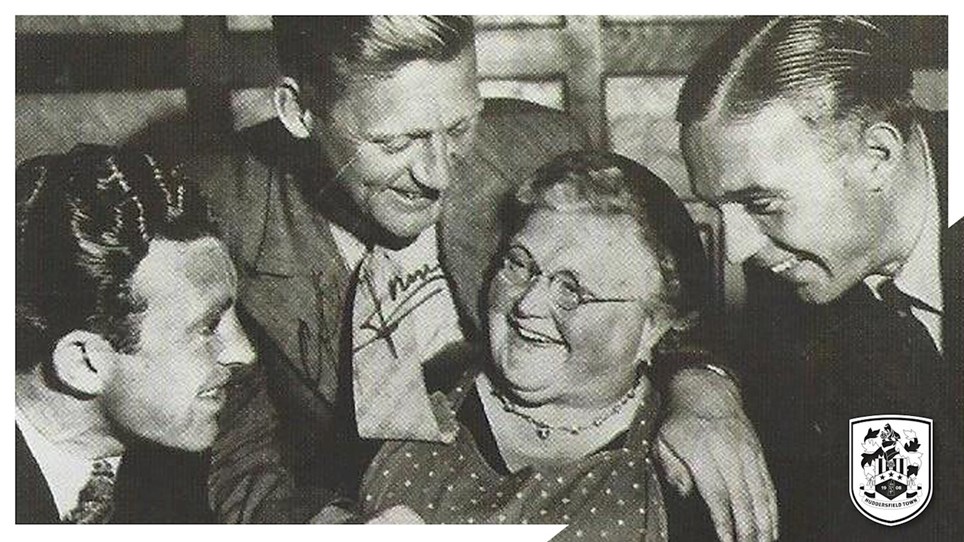 
Flashback to Town’s win over Rotherham United in 2017

WORTHY PLEASED WITH FIRST HALF PERFORMANCE

CARLOS: THE PLAYERS PUT IN THE EFFORT

BACCA: WE HAVE TO KEEP GOING