Huddersfield Town beaten by Fulham in the Football Manager Cup

Huddersfield Town’s Football Manager Cup journey has come to an end after Karlan Grant’s side was beaten by Fulham in the Quarter-Finals of the competition.

Karlan made two changes to his starting XI bringing in Steve Mounié, who’s bagged two goals already this tournament, and Lewis O’Brien into the middle of midfield.

It was Town who created some early half-chance. Emile Smith Rowe fired a 25-yard free-kick into the wall before Christopher Schindler glanced over the bar after meeting a free-kick.

Despite the early openings for Town, it was Fulham who took control of the game and really tested Jonas Lössl.

It took until the 35th minute, though, for Fulham to break the deadlock. A deep free-kick into the Town area was glanced in by Tim Ream.

Set pieces were a real strength of Charlie Cooper’s Fulham and they doubled their lead from an Anthony Knockaert set piece. His free-kick, this time, was head in by Michael Hector.

The second half got off to the worst possible start for Karlan and Huddersfield Town. Centre-midfielder Jonathan Hogg was sent off for a dangerous challenge, giving the Terriers a huge mountain to climb.

The red card saw a change of tactic from Grant, which worked immediately. Steve Mounié latched onto a long ball from Jonas Lössl and placed the ball past the on-rushing ‘keeper to give Town a way back into the game.

As Town looked for a second, they were caught in possession in the middle of midfield and Fulham, ultimately, bagged their third. Cavaleiro had his effort save by Lössl at the near post but Kamara tapped in the rebound from close range.

With just seven minutes to go, the game was put completely out of Town’s sight. Knockaert picked out Cavaleiro in the area, who volleyed past Lössl.

Two minutes later, Mounié pulled a goal back for Town firing in from close range. That seemed to spur on Karlan’s side, who almost grabbed a third in the 89th minute, with the ball being hooked off the line following a corner.

In the fourth minute of added on time, however, Cavaleiro bagged his second of the game. He fired a rocket past Lössl from 25 yards out.

You can watch highlights from the Quarter-Final match below!

Watch FOOTBALL MANAGER CUP I KARLAN GRANT VS FULHAM from htafctwitch on www.twitch.tv

Following the end of the tournament, Karlan Grant left his role as Virtual Manager of Huddersfield Town.

After blanking in front of goal in the Football Manager Cup, Karlan has decided to focus on his playing career and, in particular, penalties.

Everyone at Huddersfield Town like to thank Karlan for all his hard work.

📝 @karlangrant has today left his role as Virtual Manager of #htafc.

After blanking in front of goal in the @FootballManager Cup, Karlan has decided to focus on his playing career and, in particular, penalties.

We'd like to thank Karlan for all his hard work.#FM20EFLCup pic.twitter.com/ExIRWSKCU2

Mental health charity, Mind, are the official charity partners of the Football Manager Cup. They need your help right now as the Coronavirus pandemic is having a huge impact on the nation's mental health. Insecurity, coupled with less access to the things that help us stay mentally well, including football, alongside daily struggles with finances, work and home schooling is taking its toll.

CLICK HERE to help support the fantastic work done by Mind. Have Your Mate’s Back. 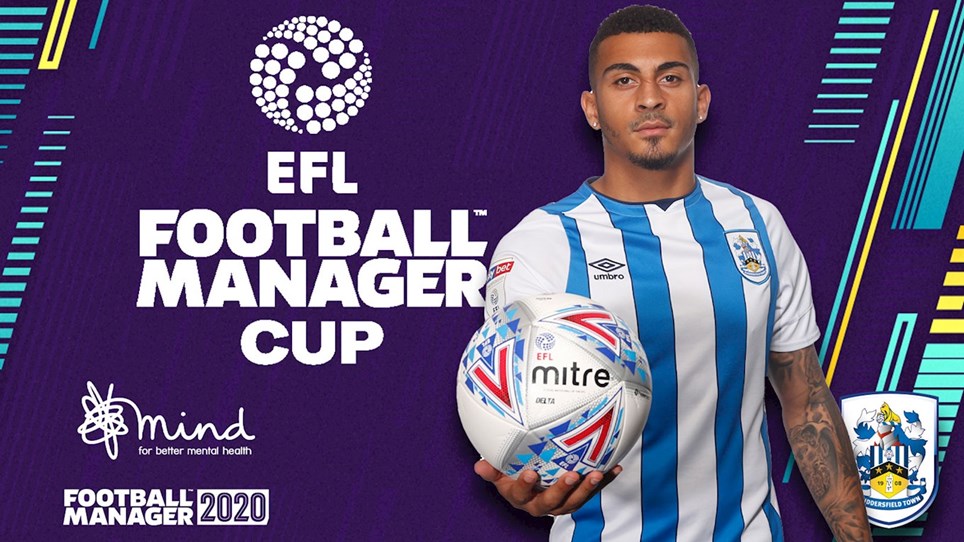