Michael Hefele and Christopher Schindler looked back at that incredible afternoon at Wembley Stadium as Huddersfield Town were promoted to the Premier League.

On this day in 2017, Hef and Schindy were a vital part in writing a new chapter in Huddersfield Town’s history.

The central defensive duo recalled the day and what it was like to play at Wembley for the first time.

“It was amazing and was the best day in my life. It was a life changing moment,” explained Michael Hefele.

“The build up to the game was just insane. The day before, our hotel was next to Wembley Stadium, we visited the Stadium before and then when you go there for the game; the red carpet is laid out, fireworks, god save the queen… incredible!”

Town started the game well and two great opportunities to take the lead.

“Izzy should score this one, he knows this as well and I should score the second one, then we have an easy day at Wembley,” laughed Hef. “Take some pictures and see you Reading!”

“We wanted to have the full experience, the full 120 minutes, penalty shoot-out to make it a little bit more exciting for everybody.”

Michael Hefele was at the centre of the action, again, when the match went to penalties. The German defender’s penalty was saved by the Reading ‘keeper to put Town behind.

“If Hef wanted to score, then he would’ve done. There was a bigger thought behind that, you know,” joked Schindler.

Before Hefele added, “I put some pressure on Reading, I knew the guys from Reading would kick the ball out of Wembley Stadium and obviously everything went well.

“It was a bitter pill for me because I was angry about this (missing his penalty) but at the end of the day, I would do it again to get promoted.”

The vital spot kick fell to now-Huddersfield Town Captain Christopher Schindler. As he made the long walk from the half-way line, Hef explained he had complete trust that his defensive partner would score.

“I was 100% convinced that Schindy would score; he’s always delivering 100%. He’s always the same player.

“We worked as the whole year teammates, roommates, and we built him up to a proper winner. He’s a proper winner and proper leader. I was convinced he would take us into the Premier League.

“He deserves this moment. He’s a great guy and I like him.”

The moment rings strong in the mind of Christopher Schindler, who can’t help but smile as he describes the feelings and emotions he was going through.

“I can’t remember too much because there was so much emotion. You almost feel like you weren’t in this situation personally.

“I remember walking up there and thinking ‘now you can do it, now you can do it’ and then I was thinking David (Wagner) said ‘can we expect a professional footballer to kick the ball into the net from 12 yards out, yes we can, so we are only 12 yards away from the Premier League’.

“I thought just do it. I then remember the ball hitting the back of the net, I didn’t prepare for that.

“It was my first penalty in professional football, and I kept it for the right occasion.”

For the pair, their teammates, and of course, the Huddersfield Town fans it was a day they will never forget. Christopher Schindler explained that “it was like it was meant to be”, as in Michael Hefele’s words “it was a dream that turned into reality.”

Watch the full interview with the pair below on #HTTV! 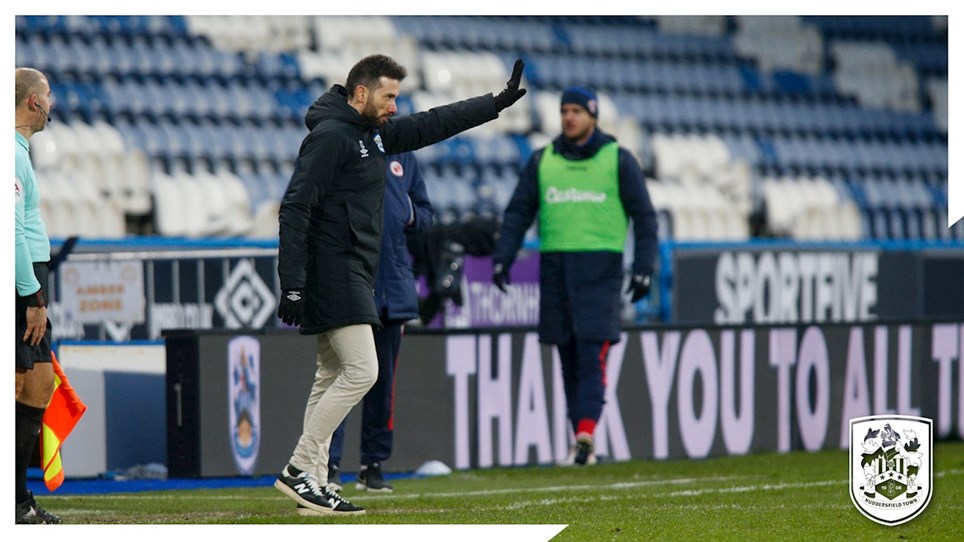 CARLOS: WE NEED TO CONTINUE LEARNING

AARON: WE’VE BEEN WORKING FOR THIS WIN