I’m Darren Stead and for the past eleven years I have been living in Auckland, New Zealand with my wife Maxine, son Harry – all mad Town fans - and our daughter Jodie with her three little ones.

A number of holidays here in NZ and possibly a mid-life crisis moment inspired the move, but I have never regretted doing it.

As a youngster I went through the phases of supporting whoever was the best team at the time, until my first Town game, the 1972 FA Cup tie against West Ham United, after that, there was only one team in my life.

As a family, we travelled the length and breadth of England following the Terriers, visiting most of the clubs in the Championship, League 1 and 2, in fact most of the grounds we hadn’t visited were the Premier league ones!

Our last game before we emigrated was away at Leyton Orient, the final game of the Centenary season and Boothy’s final match for Town before retirement – Harry had the privilege of being the mascot that day. 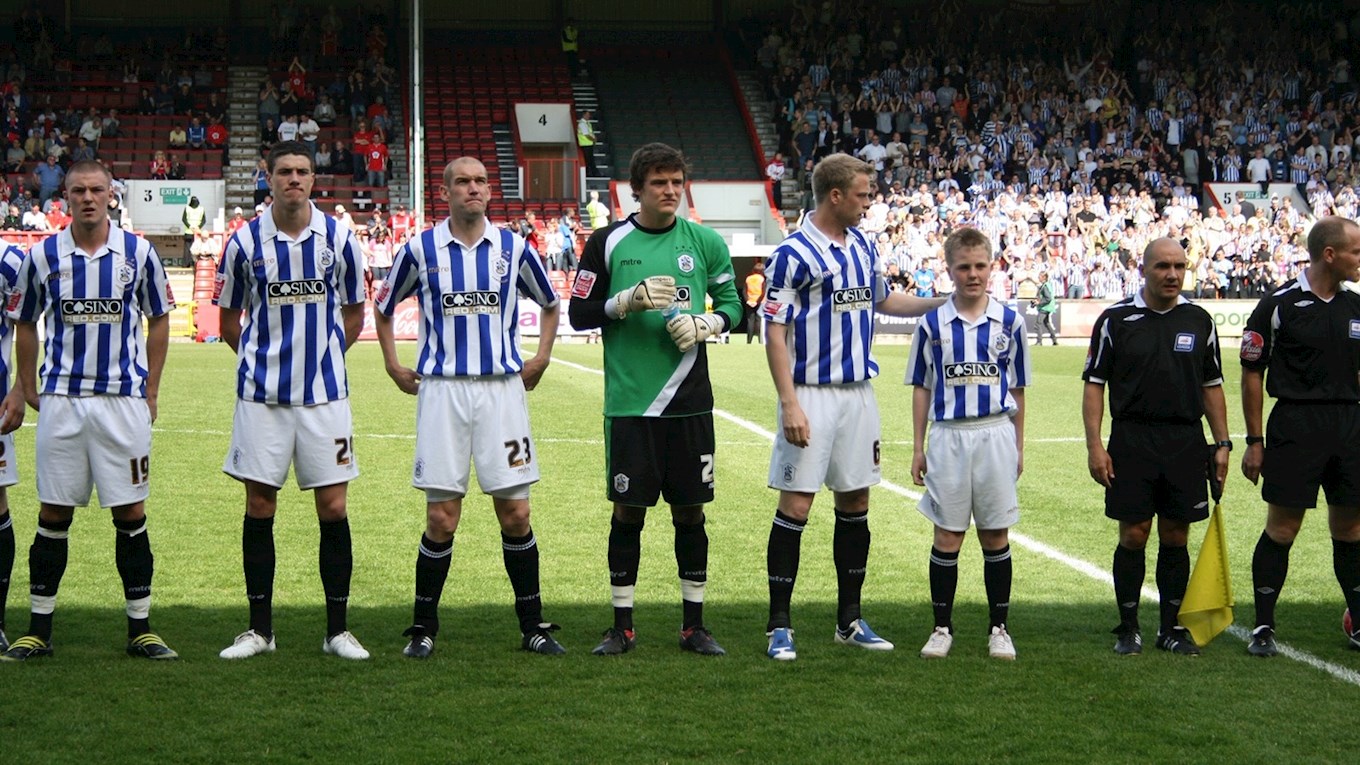 The early years here watching Town was difficult, being in League 1 certainly didn’t do the chances of being on TV much good! Highlights on the predecessor to iFollow were as good as it got. Once in the Championship this improved and we were able to catch some games, along with the odd game on visits back to England.

Live football here is limited to semi-professional in Auckland with the occasional visit from the Countries only representative in the Australian A league – Wellington Phoenix, to which we don our Town shirts and fly the flag for the Terriers! It turns into a great spectacle, with fans of clubs from all over the UK wearing their club colours and cheering on the Phoenix.

As I am sure it was for all Town fans, 2017 was a year to remember! Harry and I watched both semi-finals live on TV, before the away leg, we both said “what happens if we win? Are we going?”. The only thing holding us back was the great expense to do it and short notice leave from work.

I tried to see if any Auckland-based fans were watching on TV. Though on Twitter (yes there are a number Terriers here) a Town fan in Christchurch – Peter Roberts replied – “get on the flight with us and get to the game” which is exactly what we did – a 36,000 kilometre round trip for a “Long weekend” one that will live with me for the rest of my life.

We managed to get home and take in two Premier League games in the second season – away at Everton and home to Palace and watched the rest live on BeIn Sports. We have been able to watch every game this season on iFollow, enjoying Oggy’s commentary. The good times will return I am sure!

We will continue to educate the Kiwis about Huddersfield Town… UTT.