Huddersfield Town striker Steve Mounié looks back on making history with Benin when they qualified for the African Cup of Nations Quarter-Finals back in 2019.

In a piece that first featured in Town’s match day programme ‘The Terrier’, the striker gave an insight into Benin’s historic run in the African Cup of Nations in 2019.

Steve first met the Manager of the Benin National Team when he was 19 years old, but he didn’t feel ready. They approached him again a year later, whilst he was at Nîmes Olympique.

“I wanted to play for Benin ever since I was young,” Steve explained.

“When I got called up to the team (the second time), I was ready, it was normal for me to go there and to play for my roots, to play for my origins and where I come from. It’s always a special moment when you get this kind of opportunity and I always love to go to Benin and play for the national team.

“There was a lot of expectation around me joining the national team because we don’t have many players playing in Europe, and I was in the Second Division in France when I first started playing nationally. My name had been in the papers for a long time in Benin, so they were waiting for my coming.”

Steve’s first goal for Benin was against South Sudan. The country had signed the Treaty of Peace the week before, so only the players and staff were allowed to the stadium. The striker was quick to touch on how special a moment it was for him.

“I was on the bench and came on in the 70th minute, I had the ball and I passed it between two players and crossed it to score my first goal. It was a very special moment because that goal brought us the win as well.

“In that game I was there playing for the Benin national team, I was playing for the badge of the country, so it wasn’t difficult for me that there weren’t any fans to support me.

“You go there, and you do your job because it’s so important that you represent the whole country, even if there are no fans there physically, you still know that the entire country is behind you.

“The togetherness of the Benin squad is unbelievable; we’re like a family at all times. That’s how we are in Benin; we’re always there for each other.”

Being a part of the team that made history when Benin advanced to the Quarter-Finals of the African Cup of Nations in 2019 after beating Morocco was a monumental moment for Steve and his footballing career so far.

“It’s one of my best moments in football. When you play for your country, just being at the African Cup of Nations is already something amazing.”

“To be there, in Egypt, and go to the Quarter-Final by eliminating Morocco was amazing. We felt the atmosphere, we felt how the country lifted as well, you could see how we brought the whole country together.

“There were a lot of emotions because it doesn’t happen a lot in Benin and to go to Egypt for the quarter final was something amazing for the whole country.”

After receiving three yellow cards in prior games, Steve was unable to play in the match against Morocco that saw Benin through to the Quarter-Finals, but he was supporting his team mates from the stands.

“I was in the stand surrounded by Moroccan fans. It was hard because the Moroccan fans were terrible and trying to get in my head! It was still an incredible game to watch.

“It went on to penalties and we qualified. Our keeper made some unbelievable saves and became a legend in Benin, it was just amazing! I remember I ran from the stands to the pitch to see my friends to hug them and party with them.

Town’s striker admits he has two goals going forward with Benin - qualification for the African Cup of Nations in 2021, and for the World Cup.

“We are in a group which I think can achieve both of those which would be amazing, especially the World Cup, because I think that may be my only chance to play in it and I want to continue to make my country proud.” 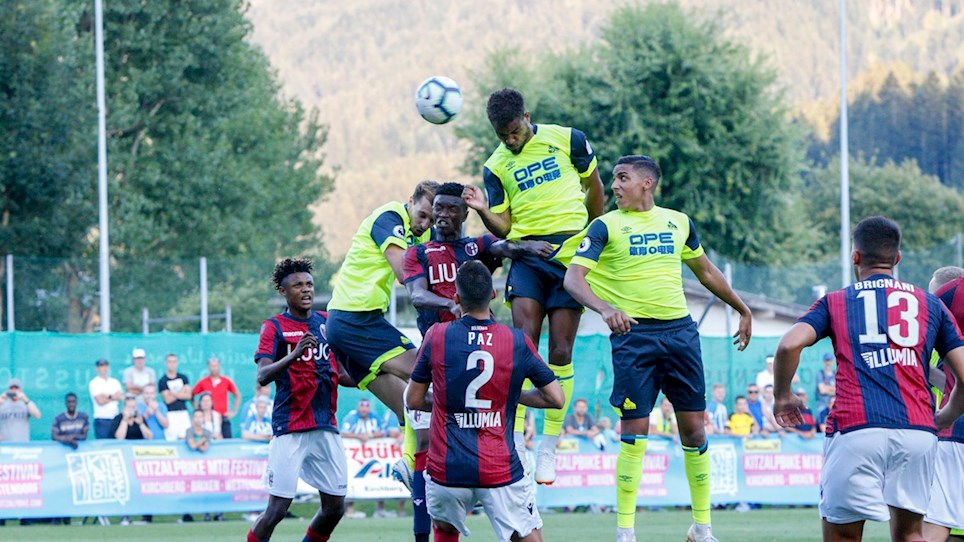 STEVE: PUT THE BALL HIGH, I’LL DO THE REST!


Find out what Huddersfield Town players watch on Netflix