Watch all the goals from Town’s Elite Development Team win

Huddersfield Town supporters can now watch all the action from the Elite Development Team’s 4-0 victory over Blackpool Reserves.

A superb opener from right-back Demeaco Duhaney was followed by a hat-trick from Kieran Phillips, which earned the Young Terriers a resounding victory.

The result maintains Town’s unbeaten record in the North West Central League and cements their position at the top of the group.

Danny Schofield’s side started the game on the front foot but had to bide their time for an opener, which arrived five minutes before the interval.

Matty Daly’s short corner located Duhaney in space at the edge of the area, before he turned onto his right foot and fired into the top corner. Town asserted their dominance on proceedings in stoppage time of the first half as Phillips finished off a swift counter attack for his first of the afternoon.

After soaking up some early second half pressure from the visitors, which saw Kamil Grabara bravely thwart the advances of Joe Nuttall, Phillips put the game beyond doubt when he tapped home Aaron Rowe’s pass.

Town then put the icing on the cake with 15 minutes to play when Phillips prodded in his third goal, finishing off a Will McCamley cross.

You can watch highlights from the game below on #HTTV now!

You can support the Town Academy by becoming a Blue & White Foundation member; CLICK HERE to get yours! 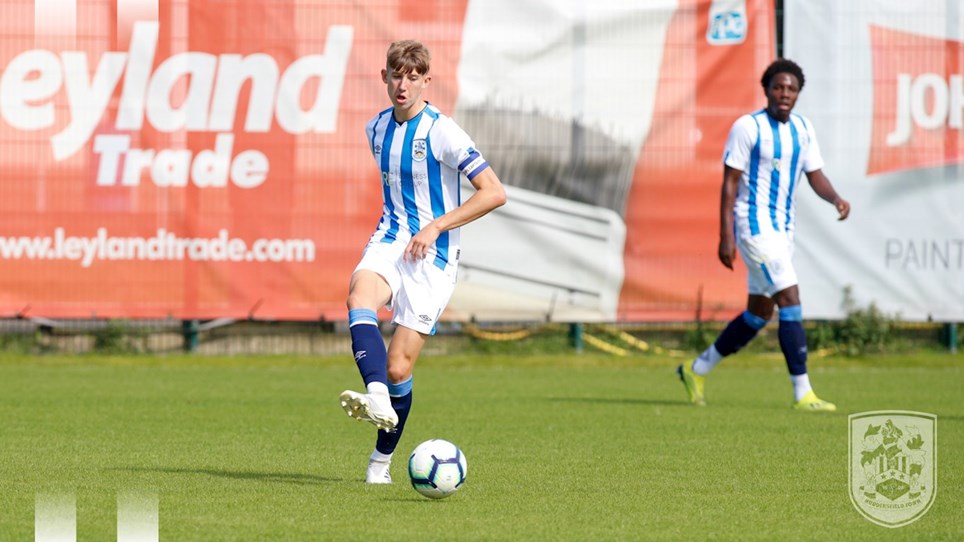 
Watch all the goals from the Young Terriers’ Central League win