Juninho Bacuna on playing for Curaçao

Huddersfield Town midfielder Juninho Bacuna recalled his first experiences of representing Curaçao after switching his international allegiance back in August 2019.

In an interview first seen in Town’s matchday programme, The Terrier, Bacca spoke about what it is like to play for Curaçao’s senior side and why he made the switch, having previously played for the Netherlands at youth level.

The midfielder changed his allegiance ahead of the September international break earlier in the season. He spoke about his decision and what the country itself is like having spent time over there away from football, prior to representing them on the pitch.

“I think switching my allegiance to Curaçao was a nice opportunity for myself to play with my brother in a team and try and make history with Curaçao by qualifying for the World Cup,” he said.

“Before I started playing for the team, I had been there on holidays, I’ve got a lot of family living there so I think I’ve been six or seven times just for holidays; it’s a nice place.

“Now I’m playing there. There’s a lot of passion, people like to see that your fighting, that you work hard for your country and that you play with your heart.

“That’s the most important thing, to make the people proud, it doesn’t matter if you win or lose, if you work hard and play with your heart, they accept it.”

After making the decision back in August, Bacca joined up with the Curaçao squad for the first time ahead of the CONCAF Nations League games against Haiti during the September international break.

He looked back on the first time he joined up with the squad and some of the things he’s had to adapt to, both on and off the pitch, since then.

“When I first joined up with the squad, straight away it felt like a family. You don’t have little groups over there, everybody is enjoying each other and speaking to one another, it’s one big family.

“Every time a new player comes in, he just feels like he’s a part of the family and I think that’s an important thing.

“Over there, the pitches are not normal grass pitches, they’re all artificial and it’s the old artificial so they’re hard and dry because of the sun on them all day.

“Of course it hurts when you fall, you’ve got blood on your knees and elbows, so you’ve got to be careful – preferably there’s no slide tackles!

“As well as that, it’s a nine-and-a-half-hour flight to get over there and it’s a four-or five-hour time difference compared to England.

“When you get there it’s alright because you fly in the morning from Amsterdam and you get there in the afternoon at around two o’clock so you have the whole day and you can sleep at night.

“But when you come back it’s totally different, you get really bad jet lag, but I have enough time to recover and get ready for the games back here.”

Bacca did make his debut during that September international break, in the first of the two games against Haiti, a 1-0 win on Sunday 7 September 2019. It was a proud moment for himself and his family, as he recalled.

“My debut was a special moment. I was the youngest on the pitch, but they expected a lot from me because they knew my brother, they knew what we are capable of and they know that I play in England.

“When the national anthem was being sung, the crowd was incredible, they shortened our anthem a little bit because we’ve got a long one and when the music stops, usually everybody stops but the whole stadium kept going and it was a crazy feeling.

“You can see that they (the supporters) care about their country and it would make the country proud if we were to qualify for the World Cup.

“My family would always show me that I was in the newspaper every week there, so they expected a lot from me.

“When I made my debut the first few minutes were shaky, people were screaming my name and expecting a lot, but I just played the game.

“We played well and won the game 1-0, I got the assist, so it was a good debut and good to play in a team like that.”

Representing Curaçao was one dream fulfilled for the Town midfielder; another was being able to play with his brother, Leandro, in a competitive game at senior level for the first time.

“I think it was great to finally play with my brother. We’ve done it a lot of times before, but they were just friendlies in the summer.

“Every time I looked to him, he would point left or right, and I knew where he was so when I got the ball, I could just turn around play it to him between the lines.

“Our family were proud to see us on the same pitch too. The first time they said I didn’t need to go to Curaçao because ‘it’s not that serious’ and ‘it’s just a big holiday’, but over the years it’s been serious and that’s why I chose to play for them.

“My family said that once I made my decision that they would be behind me. Now they see me play they are really proud; they see how the team is much stronger and see that it is more serious.

“It’s crazy really. It was always a dream that we would play together, me and my brother, and also my younger brother because he is still allowed to play for Curaçao, but he is not playing at a high enough level at the moment.

“It would be fun if we were all to play together on the same pitch at some point in the future.”

NARCIS: THE TEAM IS IN A GOOD PLACE


Town’s Assistant Coach speaks after the friendly with Morecambe 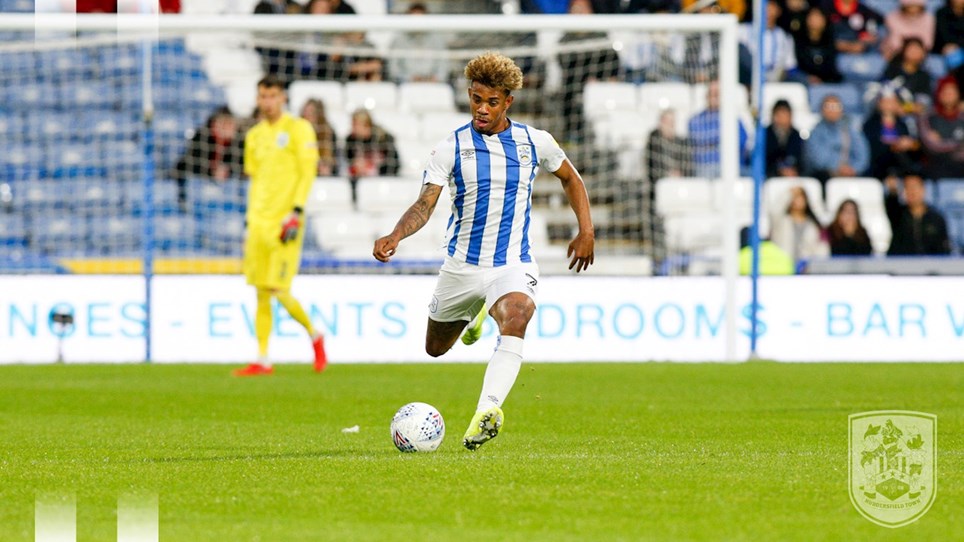 BACUNA ON PLAYING FOR HIS HOME COUNTRY