A look back at notable Town players who wore number 1

Since the introduction of squad numbers in the 1999/00 season, the number one jersey has become synonymous with the first-choice goalkeeper at a Football Club.

At Huddersfield Town that has mainly been no different. The shirt is currently occupied by Kamil Grabara, who joined the Club on loan from Liverpool FC.

The Poland U21 international began the season as Town’s first choice ‘keeper going on to make 28 Sky Bet Championship appearances for the Club. However, his last appearance was on Tuesday 28 January 2020 when he picked up a head injury against Hull City.

As the young ‘keeper regained his fitness, and recovered from the injury, Jonas Lössl came back to the Club – the goalkeeper who had held the shirt for the Terriers’ two seasons in the Premier League. 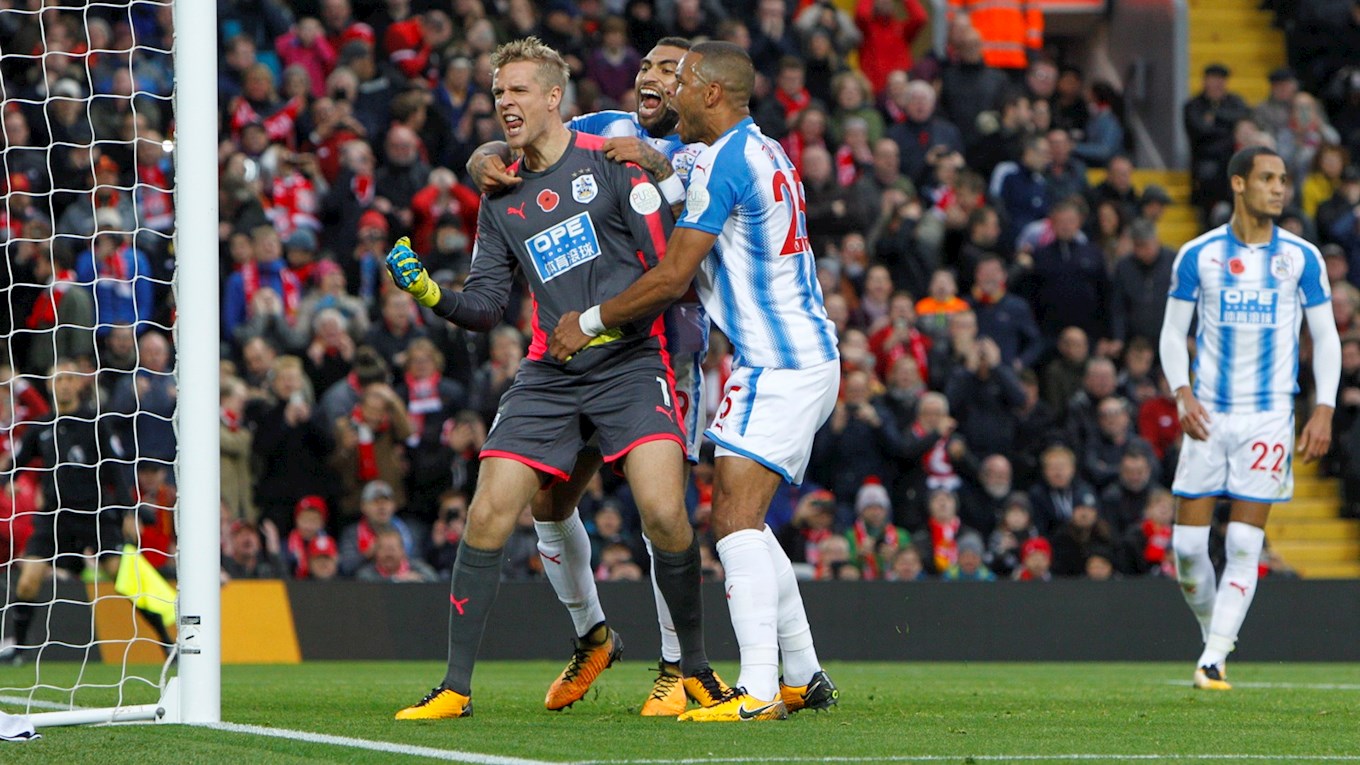 Jonas made 72 appearances wearing the number 1 shirt before taking the number 49 as he returned on loan from Everton in January 2020. Jonas has been held in high regard with supporters for his time at Huddersfield Town, pulling of some remarkable saves as Town defied the odds to remain in the Premier League for a second season.

Prior to Jonas, Danny Ward held the shirt – another ‘keeper on loan from Liverpool FC. Ward wrote his name into Huddersfield Town’s history wearing the jersey.

He was vital as the Club won promotion to the Premier League during the 2016/17 campaign. His saves in the Play-Off Semi-Finals and Finals will never be forgotten by Town supporters. 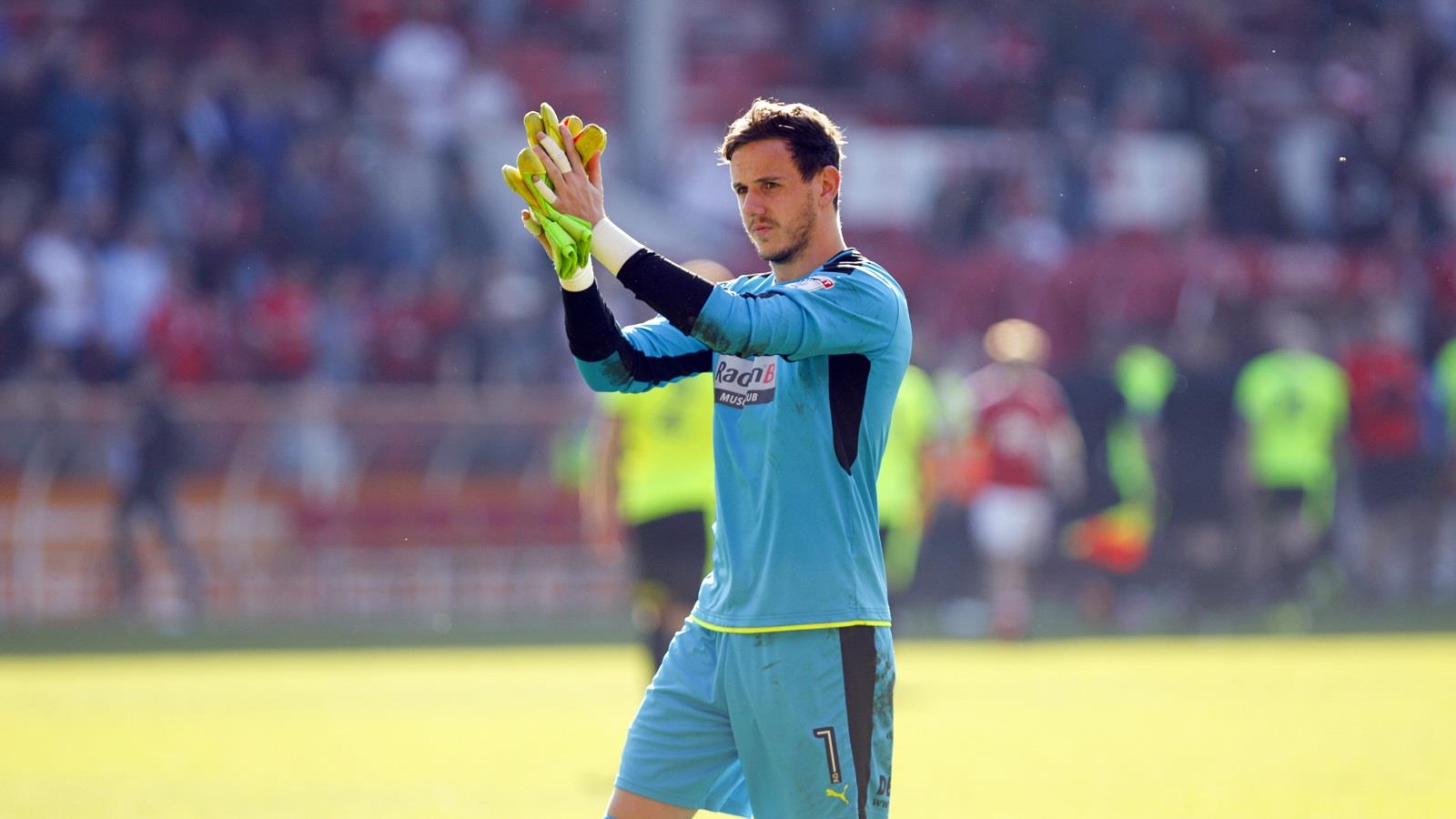 Before Ward, was Jed Steer who joined the Club on loan from Aston Villa. Steer joined the Club as a replacement for local lad and boyhood Town fan Alex Smithies who had been with the Club since he was eight years old.

Smithies made his First Team debut as a fresh-faced teenager in December 2007 and went on to make over 250 appearances for Town as he played a crucial role in promotion and stabilising the Club in the second tier of English football. 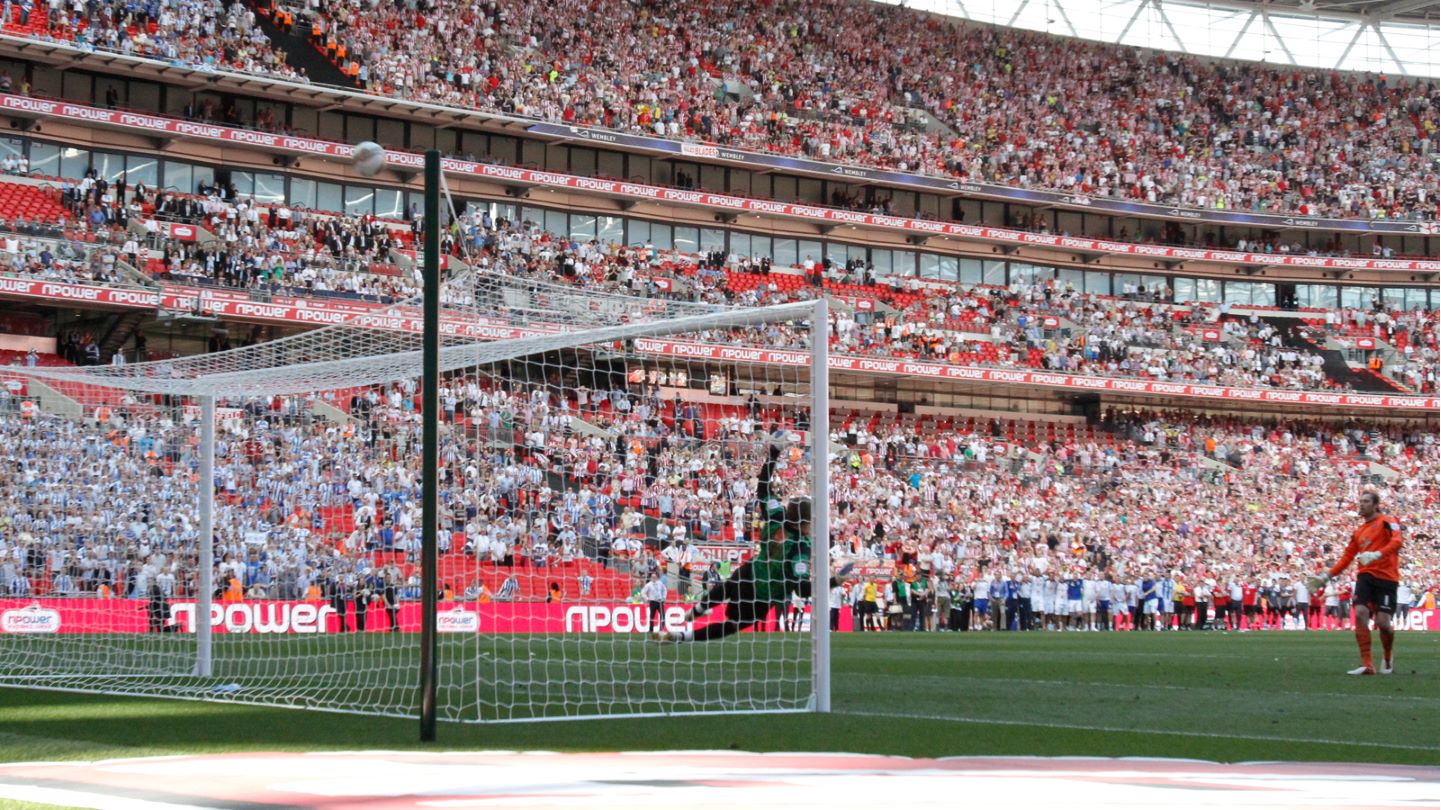 Smithies was eventually given the number one jersey in 2009 before eventually left for Queens Park Rangers in 2015.

No-one held the number one shirt between the 2007/08 and 2008/09 season, straight after Paul Rachubka left the Club. The Californian-born ‘keeper joined Town in 2004, initially taking the number 29 shirt, before eventually becoming number one the season after. He helped Town to promotion as the Terriers won the Division Three Play-Offs.

Rachubka took the shirt off Ian Gray, who joined Town from Rotherham in 2003. His career was unfortunately cut short due to injury.

His predecessor, Scott Bevan, joined the Terriers on loan from Southampton. The 6ft 6’ shot stopper wore the number one shirt during a difficult year for Town as they were relegated to the fourth tier of English football. 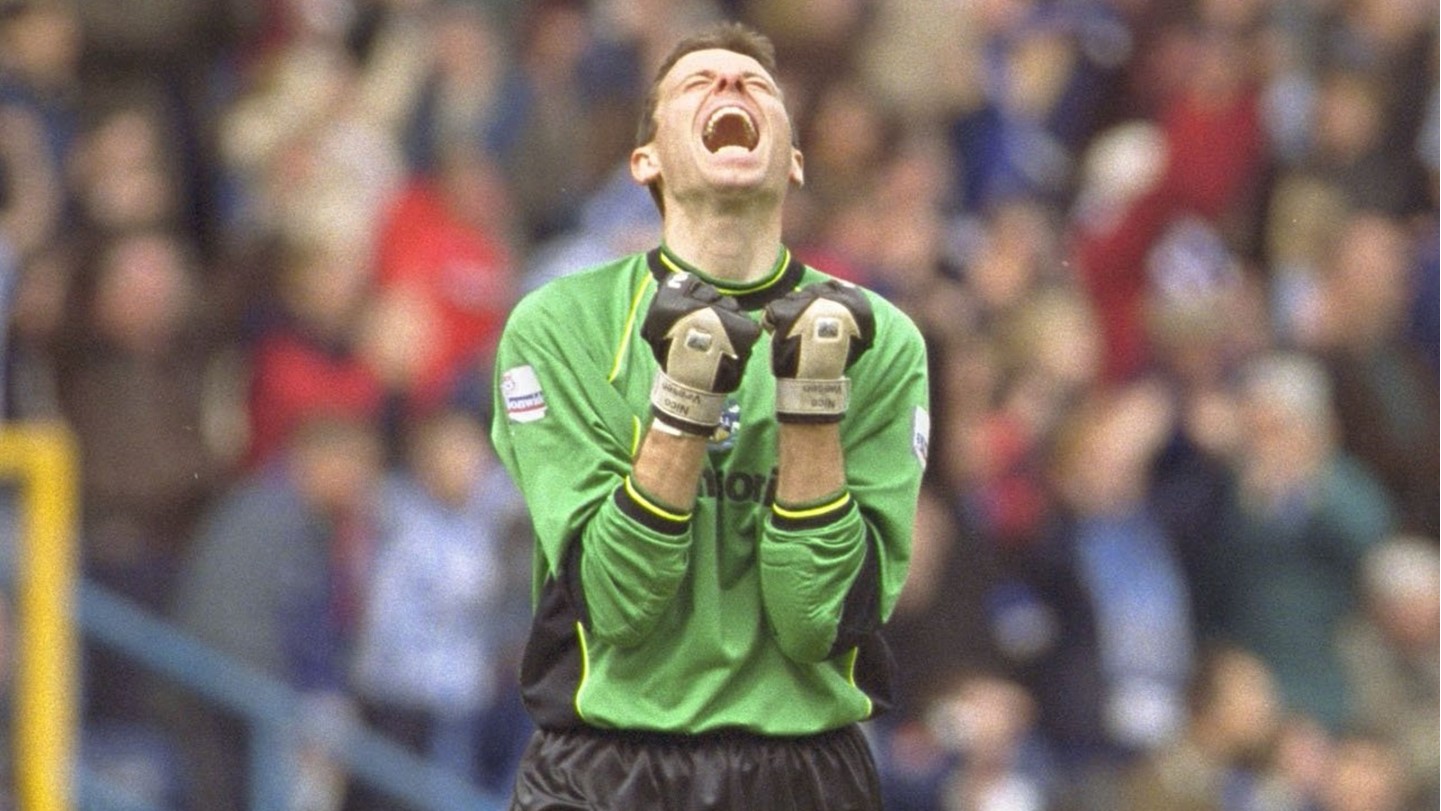 From 1999 through to 2001, a fans’ favourite wore the number one shirt. The Belgian Nico Vaesen (above) became a hero at Huddersfield Town. Despite a horror debut that saw him sent off just nine minutes into his first appearance, he went on to win the supporters ‘Player of the Year’ award in his first season in English football, winning over the hearts of many.

A dominant force in his box, Vaesen went on to make 135 appearances for the Terriers before departing for Birmingham City. 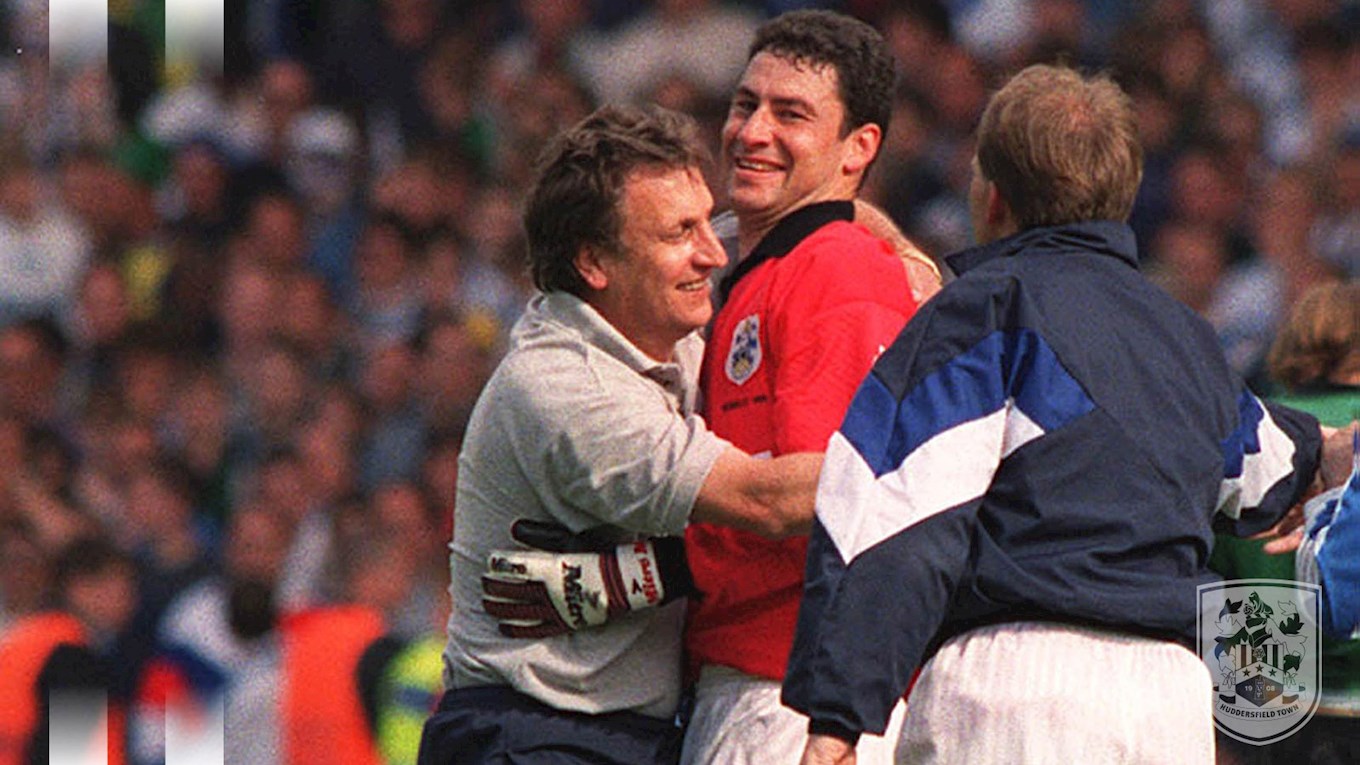 Prior to players being handed specific shirt number, a number of famous Town goalkeepers also wore the number one jersey! Notably, Steve Francis (above), Brian Cox and Alan Starling, who all wrote their names in Huddersfield Town folklore.

Over the years Town have had some unforgettable names that have worn the number one shirt.