The 2019/20 non-league season may have ended early due to the COVID-19 pandemic, but it has been a campaign that meant a lot to the development of many of Huddersfield Town’s Academy players.

By the time the season was put on hold in mid-March, 24 Young Terriers had made over 200 cumulative starts across the non-league pyramid, and almost 300 appearances in total, as many gained a first taste of senior men’s football.

“When we decided to restructure the Academy in September 2017, we thought carefully about the different experiences our players need to prepare themselves for our First Team, and careers in football in general,” Head of Football Operations Leigh Bromby explained.

“Our Under-19, and particularly our Elite Development Team games, are often designed to test the technical and tactical ability of our young players. We’ve done that through the games programme, with matches against the likes of Bayern Munich, Sevilla and other top-level teams in England and Europe.

“However, we also recognise that it is hard to replicate the rigours of senior men’s football in these games, and the reality of the challenges and environment you experience. That’s why we decided that loans into targeted clubs could play a huge role.” 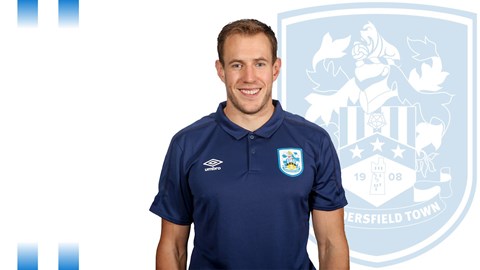 Since that decision was taken, loan spells have been commonplace for Academy players who were prepared and ready for that challenge.

Lewis O’Brien is the prime example, having excelled in his first loan spell at Bradford City in Sky Bet League 1 last season before going on to establish himself in Town’s starting XI this year. However, loan spells into league football are often hard to broker for inexperienced youngsters, and non-league must be the first step.

To help with this process, David Fox joined the Club’s Academy as Loan Manager, which sees him develop relationships with clubs to allow more loan moves, and more importantly the right loan moves, become available to Town’s youngsters.

“The first loan spell is something that the young players can take a lot out of,” said David.

“It’s not just about the game time, it’s the whole process of playing under a new manager, playing for points, with and against men, with a crowd; there’s so many new experiences for the young lads to get used to.

“The loan process here is really important for development of our young players. As soon as they’re mentally and physically capable, we want to test the young players and expose them to the rigours of men’s football. It gives them an invaluable experience, no matter the level they’re playing in.

“My role is to build on the good relationships that Huddersfield Town has with loan clubs and ultimately to build new relationships with clubs so we can offer the youngsters more good opportunities.”

Before the non-league season was cancelled, 24 different Academy players made over 200 senior starts – many getting their first taste of senior football.

One example is defender Rarmani Edmonds-Green. Having dropped down to Brighouse Town to get his first taste of senior experience last season, he moved again to Bromley early in the season before being recalled and making his first Town start in the win over Charlton Athletic at the Valley in December.

Another name familiar to Town fans will be Demeaco Duhaney; another Young Terrier who has made a smattering of First Team appearances for Town so far. He’s supplemented his experience with a successful loan spell at Boston United.

Further down the line, some of their younger teammates have experienced a first taste of senior football altogether. 18-year-old Nassim Kherbouche spent a short time at Emley, whilst Jaheim Headley has played for both Bradford (Park Avenue) and Hyde.

Ask the players, and they clearly got a lot from their collective experiences:

It was fun while it lasted, defo enjoyed every moment @wellingunited 🔥🙌🏽 Everyone stay safe & healthy! 🙏🏽 https://t.co/IOtYDaQ05B pic.twitter.com/MgfgDkQ9pT

To say it’s my first season in men’s football... it hasn’t been a bad one! I want to thank everyone at @BarrowAFC for making it so special, I’ve loved my time here and I hope we get what we deserve! ⚽️ #bluebirds 🔵🕊 https://t.co/J4jqRwYYDo

With the season ending early for @GatesheadFC just want to say what an enjoyable season I’ve had, plenty learnt and what a group! Thank you to everyone involved at the club🤍 #Heedarmy pic.twitter.com/pEK5xuonjg

Here are full details of the loan class of 2019/20, including some youngsters who have been on loan at league clubs: