“I was asked to compile a top 10 of photographs from the restart to our season. As you might have seen on Instagram, I ended up with 98, so I asked if I could make it a top 20!

“Normally there are at least two of us photographing each game, so this was always going to be very different. I needed to make an image of each player in case we interviewed a particular player after the game… what if it was Jonas and I was at the other end? It did free me to photograph the warm-up, so I made the most of that, concentrating on the Manager because I could no longer roam down that side while the game was on.

“At away games I was given a fixed position which presents a few problems, but with planning it seemed to work out (Elias Kachunga really told me off for sitting on the wrong side for his celebration at Birmingham!).

“Travelling alone to the games was very different as we have a great Media Team, although I do like to set off very early for away games! This paid dividends when they closed the motorway on the way to Millwall and I nearly missed the game!

“A feature of these nine games was the players taking the knee before kick-off and support for key workers, particularly with the NHS logo on the shirts. The real difference was all about people, or rather the lack of people. I missed the routines of walking into the ground and seeing familiar faces.

“It is a really sad feeling to be in an empty stadium with no fans... it is simply not the same without you. I hope you enjoy my photos!” 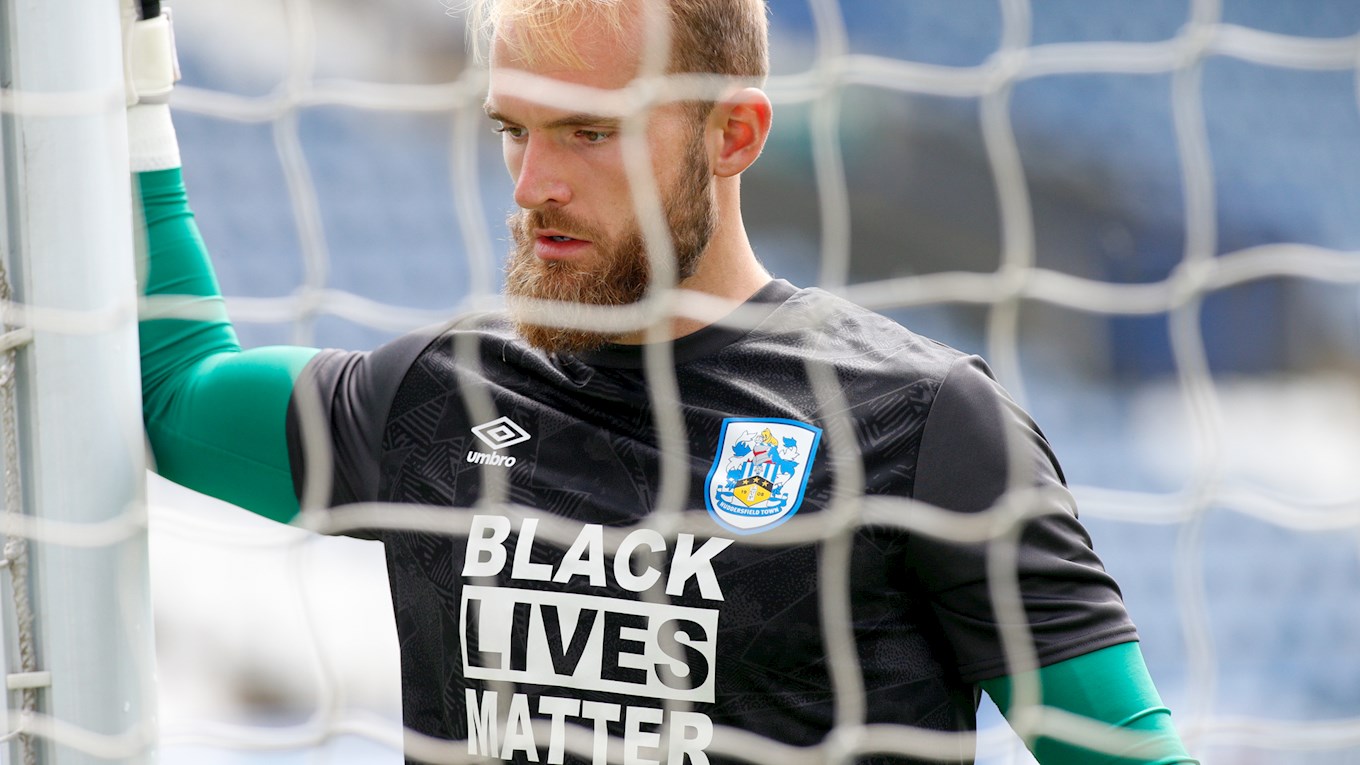 Joel Coleman wears a Black Lives Matter shirt to warm-up in the first game back. I like these shots through the nets. They have shallow depth of field to highlight the goalkeeper and I just managed to get his eyes to be visible. 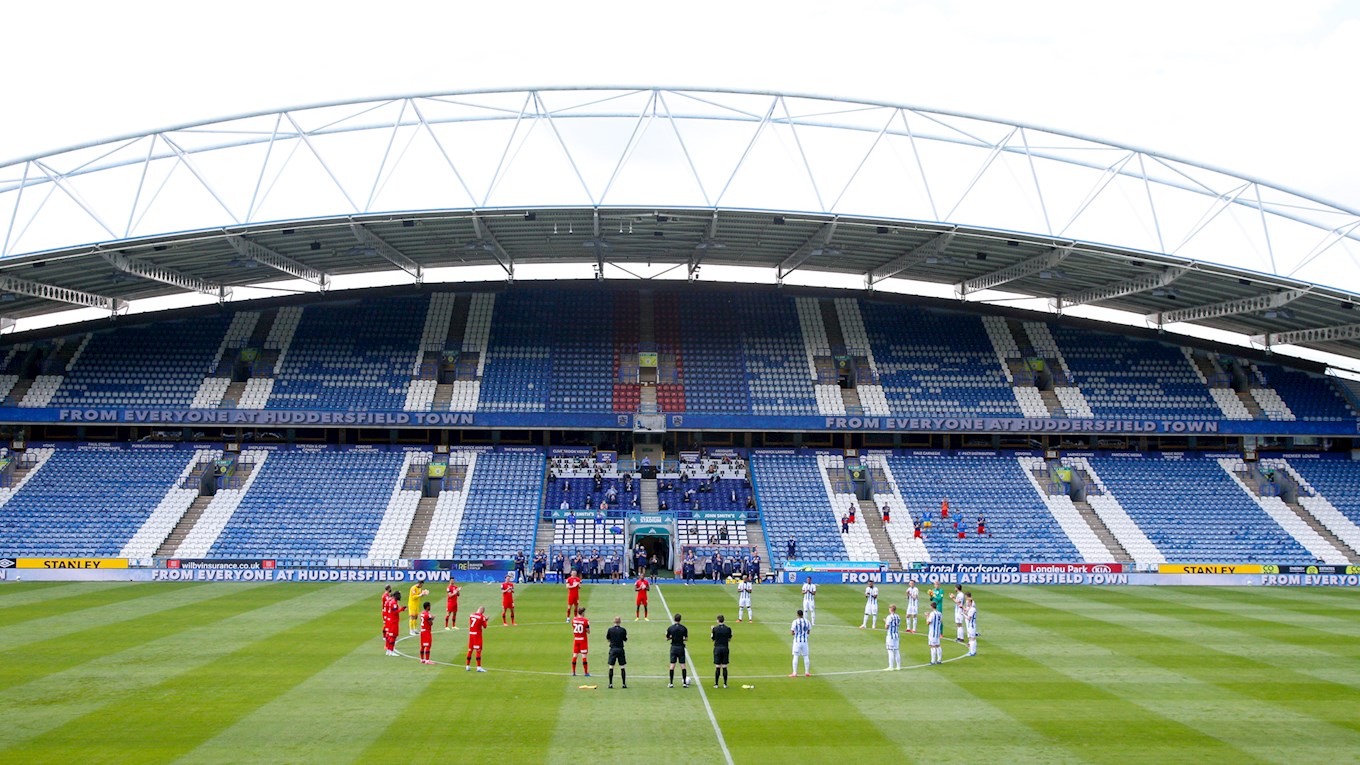 Town and Wigan players take part in a minute’s applause for the NHS before the first kick-off. If any images highlight the biggest change under the circumstance it is these wider views of an empty stadium without supporters. 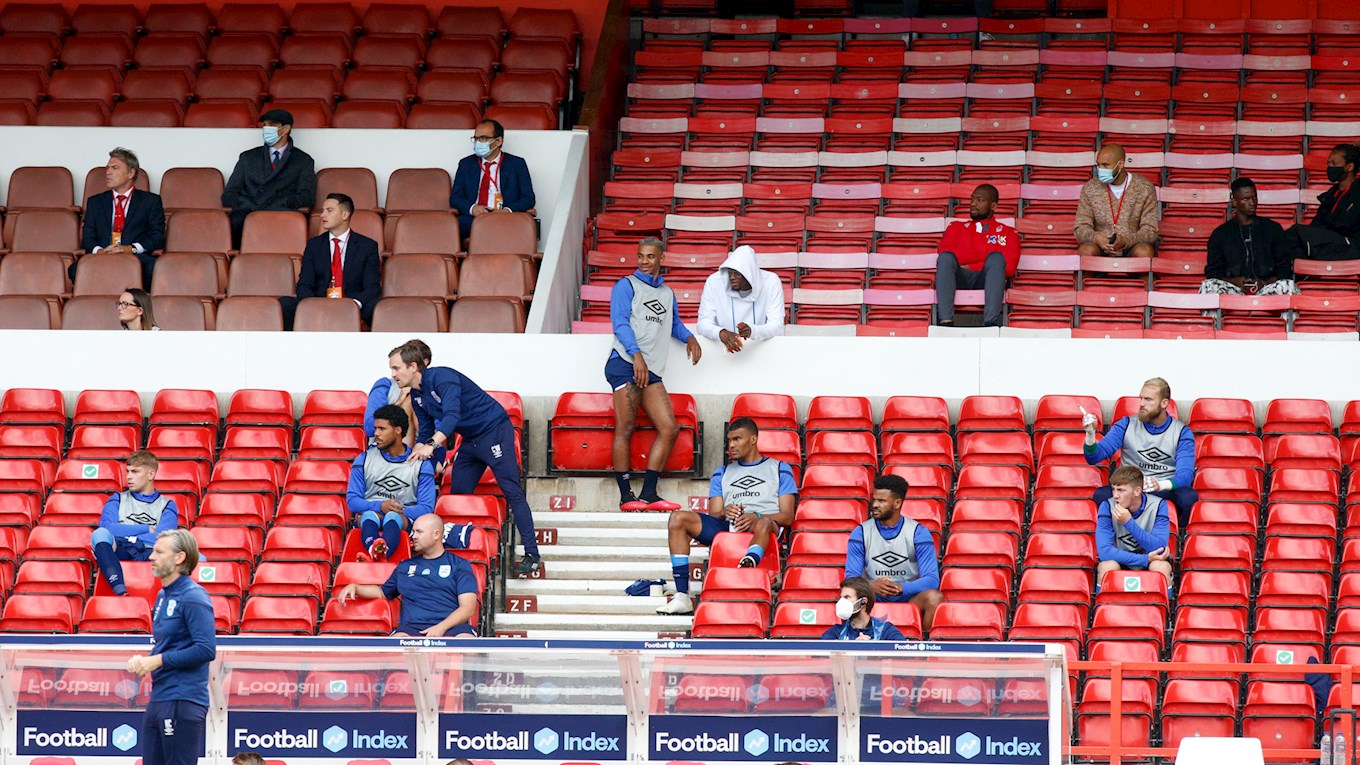 A mixture of substitutes and watching players in the stand as Juninho Bacuna and Adama Diakhaby chat before kick-off at the City Ground in Nottingham. 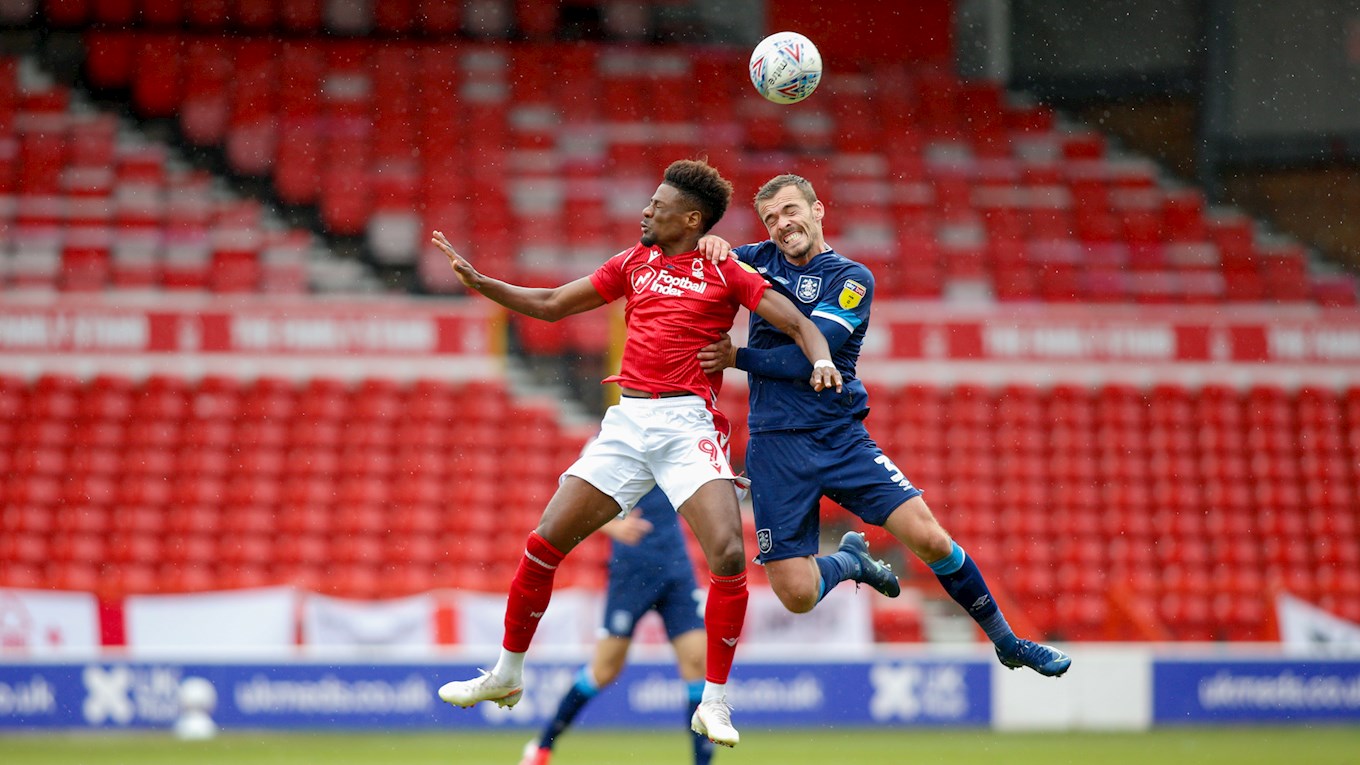 These aerial shots are really difficult to get right for a number of reasons but when they work they look great. Nuno da Costa tries to beat Harry Toffolo on a disappointing afternoon for Town. 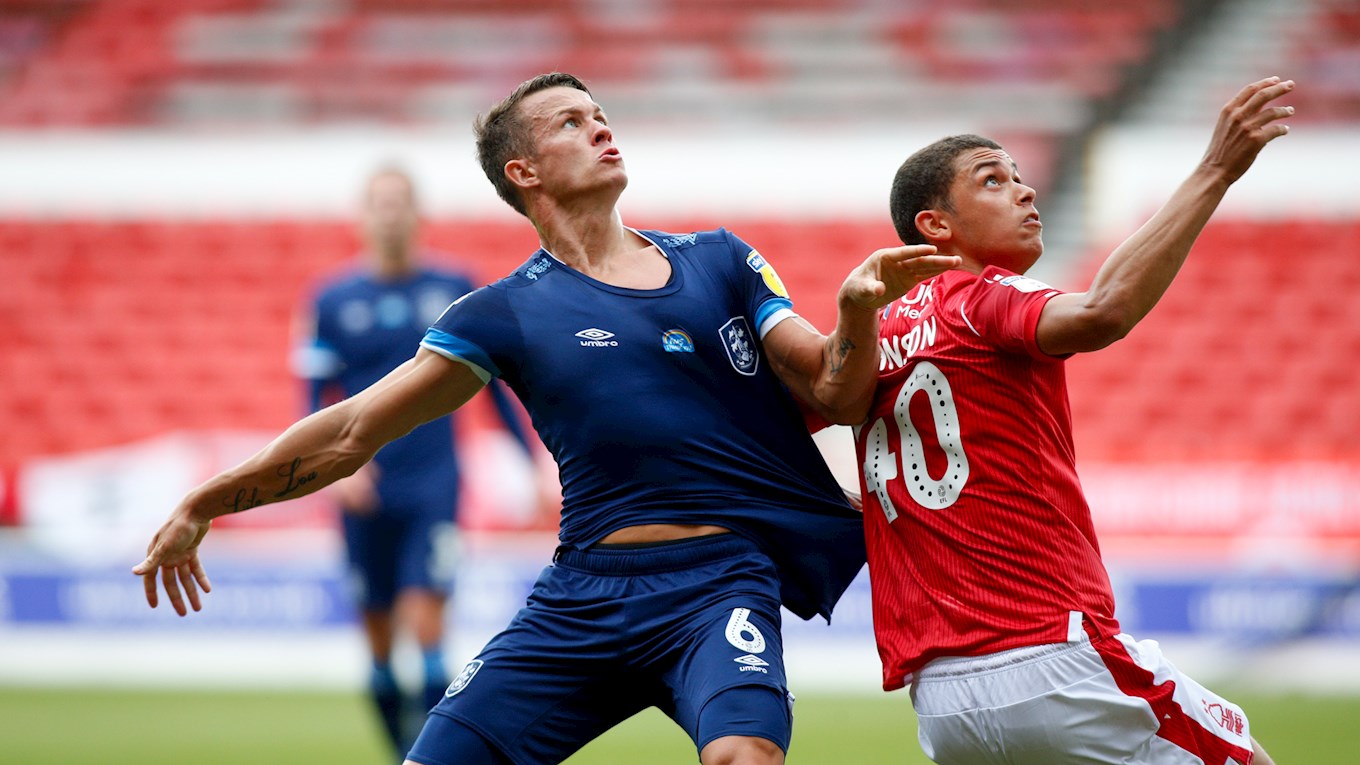 All of Jonathan Hogg’s strength is used to battle for position while the ball is in the air with Brennan Johnson of Nottingham Forest. 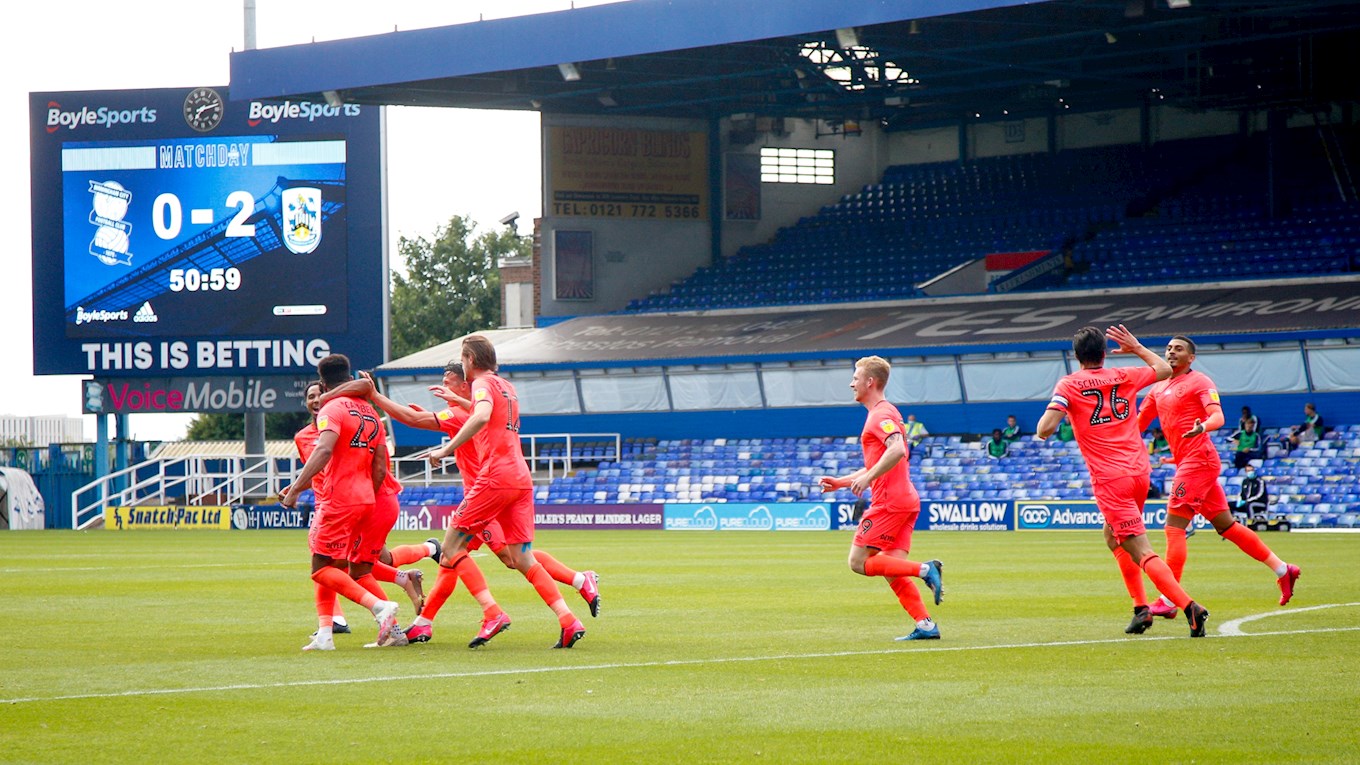 Town players celebrate the second goal during the win at Birmingham. This proved to be an important week as Town gathered four points in two games. 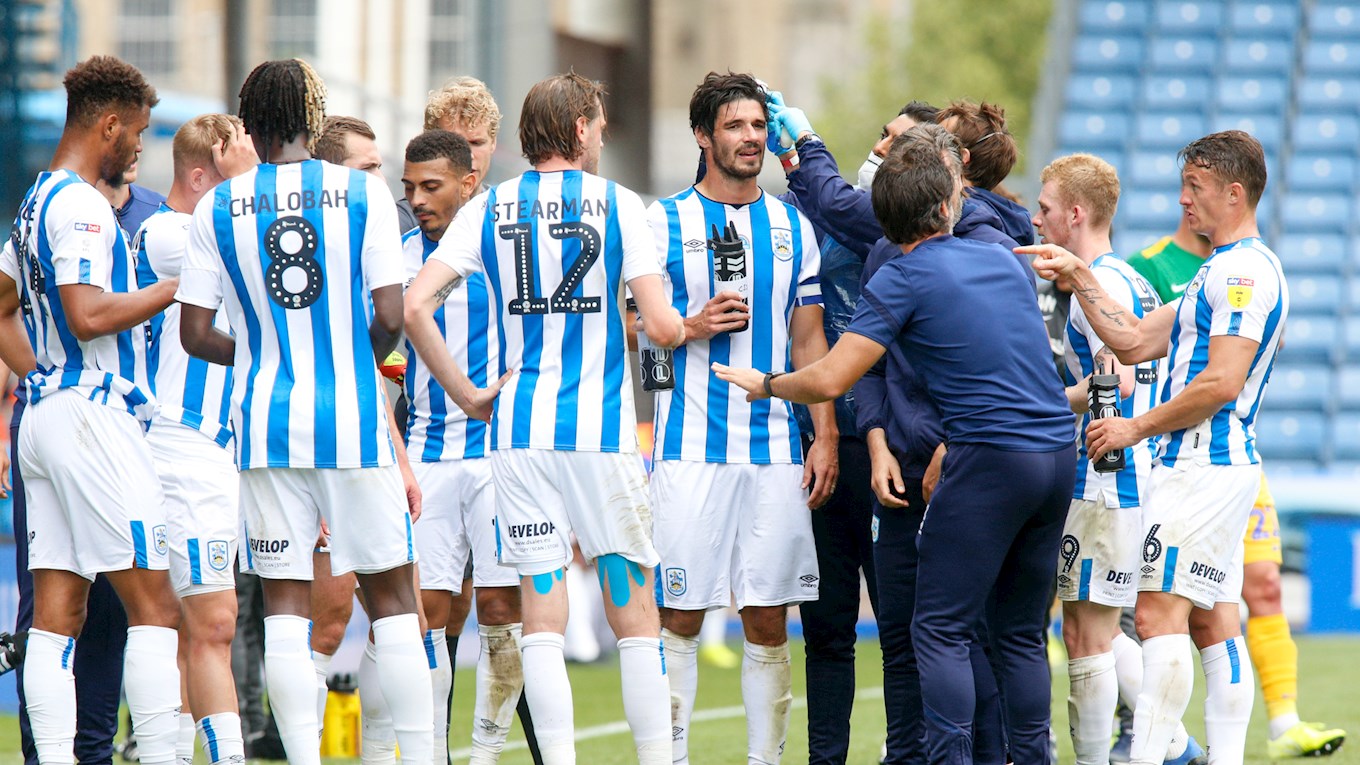 A feature of the games was a drinks break in each half. This gave the Managers a coaching opportunity and in this break a chance to make running repairs on Christopher Schindler’s head. 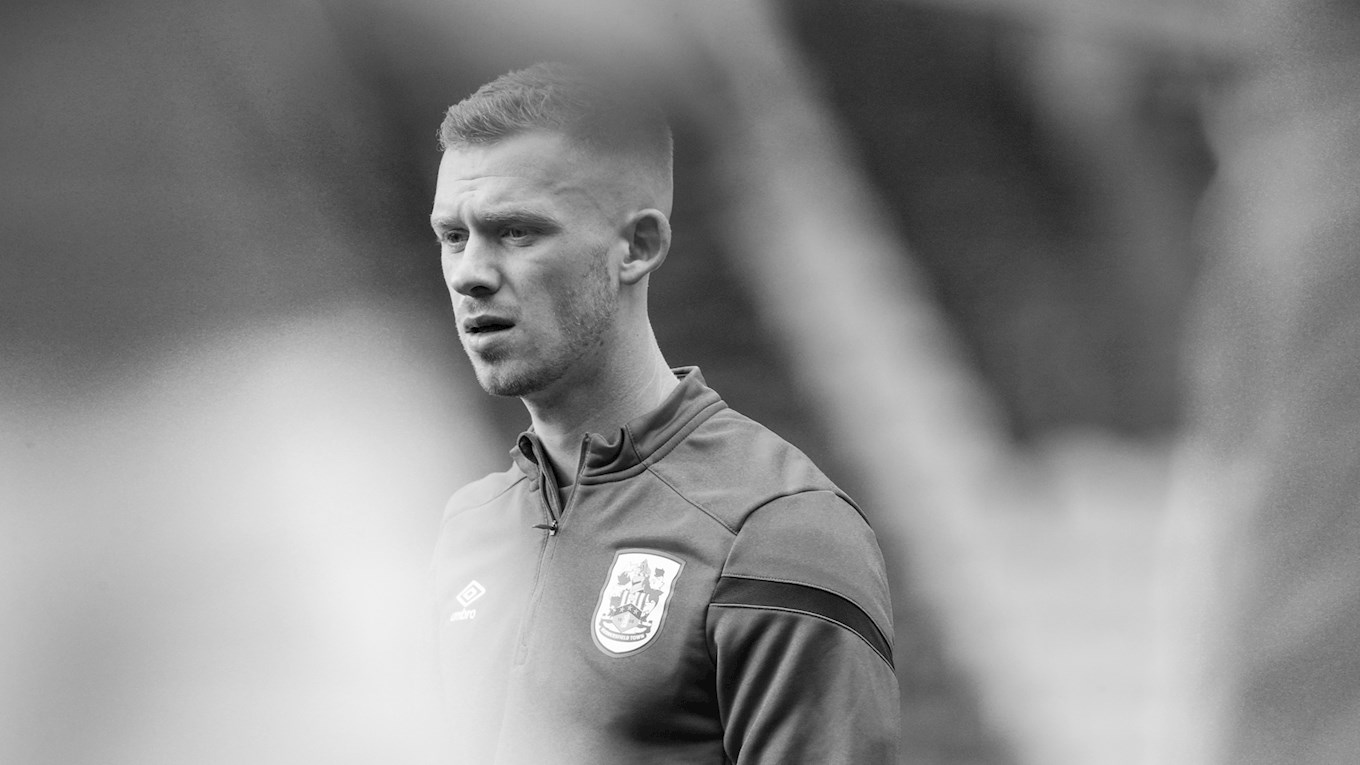 I made the most of the opportunity to photograph the warm-up to each game. We tried to get these pictures out as soon as possible on social media so supporters can see what is going on at the Ground. The backgrounds and foregrounds got more and more creative as I went along! 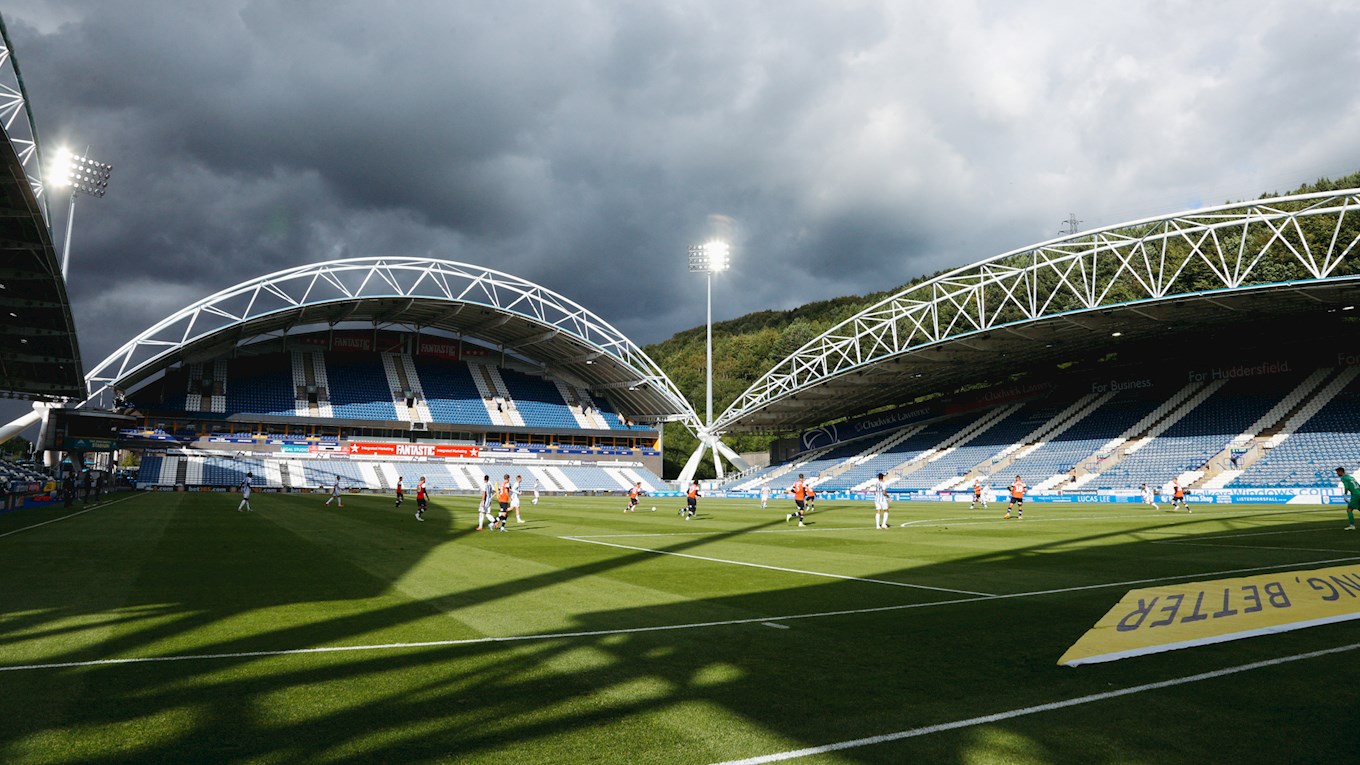 As photographers we are blessed with strong light from the South End of the Stadium on many games throughout a season. It makes it really difficult to find the right camera settings but creates wonderful photographs. 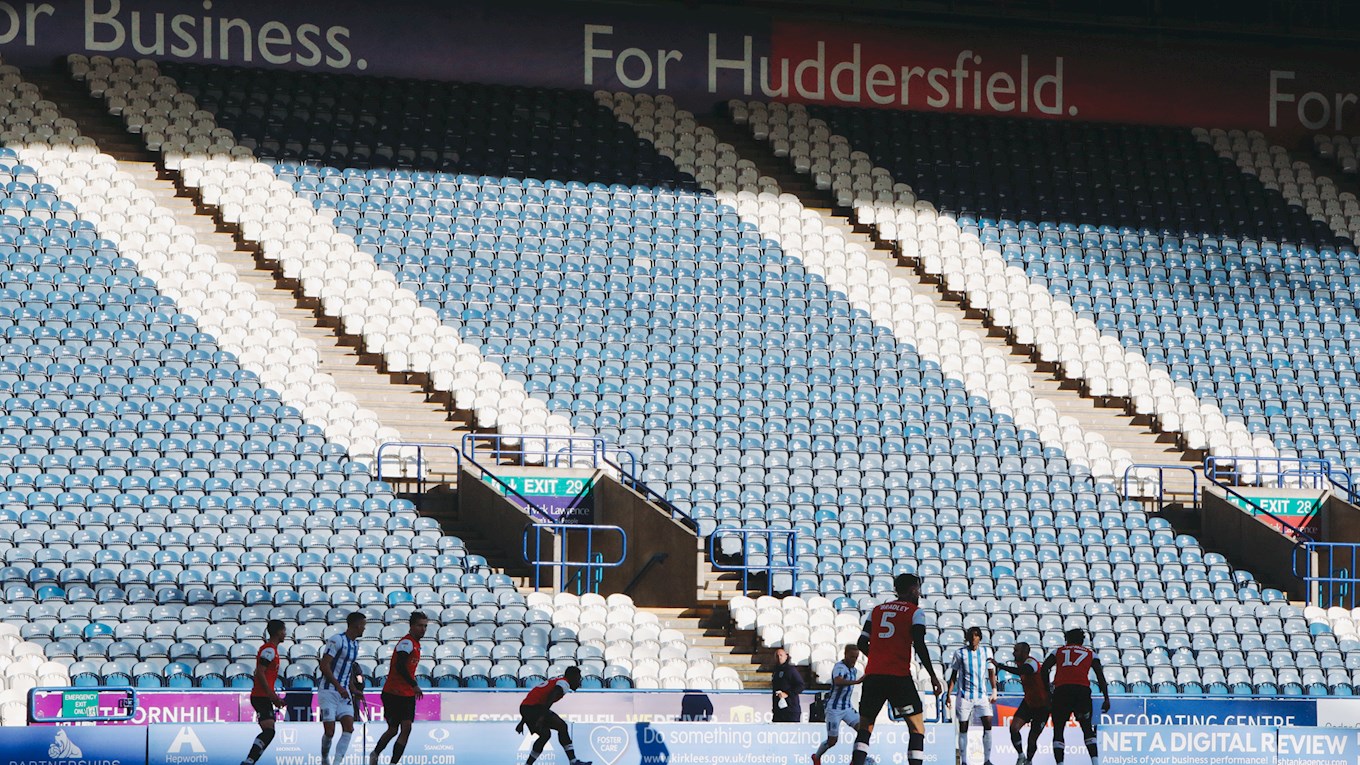 This image, as Town take on Luton, gives a sense of the space in the stadium without supporters. The players voices do echo through the stands, but it is eerily quiet and unpleasant.

There are my first 10 images, part two will be on htafc.com tomorrow (Saturday 1 August 2020). Enjoy!