Huddersfield Town Manager Danny Cowley is hoping to build on another point in midweek with a positive performance during the visit of an in-form West Bromwich Albion side on Friday evening.

The Baggies are the visitors to the John Smith’s Stadium on Friday 17 July 2020 (5.30pm kick-off) in what will be the Terriers’ final home match of the season.

Town go into the game continuing the search for points in the quest for Sky Bet Championship survival whilst the visitors will be looking for three points in order to boost their aspirations of a return to the Premier League.

Speaking to the media via his virtual news conference on Thursday afternoon, Danny is hoping the Terriers can add to their points tally and kick on from the draw at Sheffield Wednesday during Friday evening’s game.

“We thought it was a good performance and a good response against Sheffield Wednesday and our aim is to try to build on that.

“There’s a lot for West Brom to play for at the top end of the division and there’s obviously a lot for us to play for. It’s a great game to be involved in and certainly one we’re looking forward to.

“We accept it’s a game we probably go into as underdogs, but we’ve done well against the teams at the top of the division.

Despite the improved performance in midweek, Danny’s side remain without a goal in their last four matches.

Knowing the quality that the Terriers have in their attacking ranks, it’s not something that is concerning Town’s Manager too much.

“I think for us, we’re focused on the process.

“We’ve scored goals all season, we’ve got players with high level quality at the top end of the pitch, we know we can score goals. We know we’re creating chances.

“For us, it’s just about staying focused. We just need that bit of quality in our final action.

“We believe in ourselves and we believe that will come.”

Whilst hoping to see his side get on the scoresheet, Danny will also be eager for his side to stay solid at the back against the Baggies and add to a record that has seen them keep three clean sheets in their last four games.

Town’s Manager gave his thoughts on the plus points of Slaven Bilić’s team but says that Town have qualities in their own ranks to hurt a promotion-chasing Albion side.

“They’re a good football team. They play with a real creativity and a rhythm and they’ll be looking to find that come tomorrow evening.

“While they’re finding that, they have to open up and come at us, at that creates opportunities for us as well.

“We’re looking to try and find the best version of us.”

Ahead of the Baggies’ visit, the first of Town’s final two games this season, the Terriers remain three points above the Sky Bet Championship relegation zone.

Despite the on-going twists and turns around them across the division, Danny has expressed the importance of Town staying concentrated on what they can do to secure Championship survival over the next week.

“For us, we’re focused on what we can affect.

“Once we start turning attention to things outside of our control, we’re wasting energy and we’re not in a position to do that with the games coming as quickly as they are.

“For me, it’s about us doing our business.

“As we get closer to the end, the league will become clearer and we’ll know exactly what we need to do to stay in this division.”


Go behind the scenes at the Hawthorns with Access All Areas 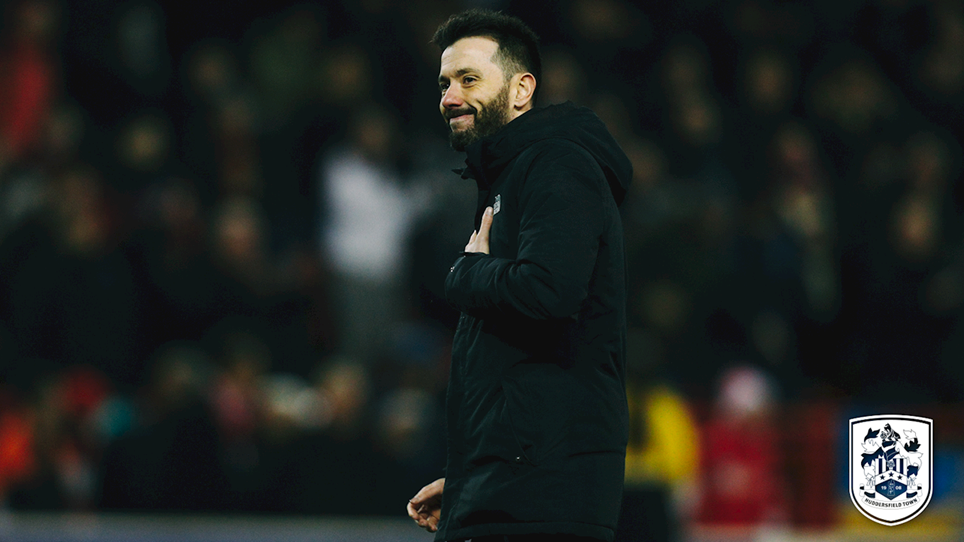