- Trialist, Robson Shipley, Loick Ayina and Gulutte Zunda on target for Town
- Both sides would have topped the group with a win
- Jon Worthington says match is a good benchmark of progress made

Town’s Under-17s drew 4-4 with Sheffield Wednesday in their final Clarets Cup group fixture, having already progressed to the knock-out stages.

The visitors took the lead four times throughout the 90 minutes, but each time the Young Terriers replied positively to get back on level terms and looked the team more likely to earn a victory with the chances they had created.

The first half was the livelier of the two, with the sides going into the break tied at 3-3. This came about thanks to a fine, curling strike from the triallist playing on the left wing, Robson Shipley, who’s deflected effort pulled it back to 2-2 and finally Loick Ayina, coming in at the back post to tap in from a free kick on the stroke of half time.

Wednesday retook the lead shortly after the restart, but again ‘Worthy’s’ team were able to bounce back thanks to some great play between Brahima Diarra and Gulutte Zunda, with the latter finishing from a tight angle.

Huddersfield piled on the pressure towards the end however the away side were able to match this defensively and see out the draw, which means both sides finish on equal points in their group, having both already progressed.

Despite not topping the group, Under-17 Coach ‘Worthy’ was happy with the outcome, believing his side were superb on the attacking front and have come a long way since being beaten by Wednesday in pre-season.

“I was pleased in general with game and how we performed. On reflection, given the balance of the game, I thought we edged it and had the clearer cut chances, so we’re disappointed not to take a couple of those chances in the second half. But overall, I was pleased”, he said.

“There’s bits to work on as always and we were disappointed to concede two goals from set pieces. Defensively there’s things to work on but it’s important to remember they are young, they are still learning and it’s about how they react to those defensive disappointments and how we correct them and move forward.

“I’m also happy we’ve got to the next stage. It would have been nice to top the group but it is what it is, and we look forward to the next round.

“There’s a good confidence about the group. “This fixture was a good reflection of where we’re at since pre-season. We played Sheffield Wednesday back then and were well beaten, so I think this is a good yardstick to see where we’ve come as a group, as a brand new cohort, and I think that is a real positive thing that we’ve come and probably should have beaten them today, and it shows the lads are progressing nicely.”

Worthy and his group will have the chance to analyse their performance from this fixture and get back to their training regime ahead of their next, when they will be travelling to Grimsby Town in the Youth Alliance League on Saturday. 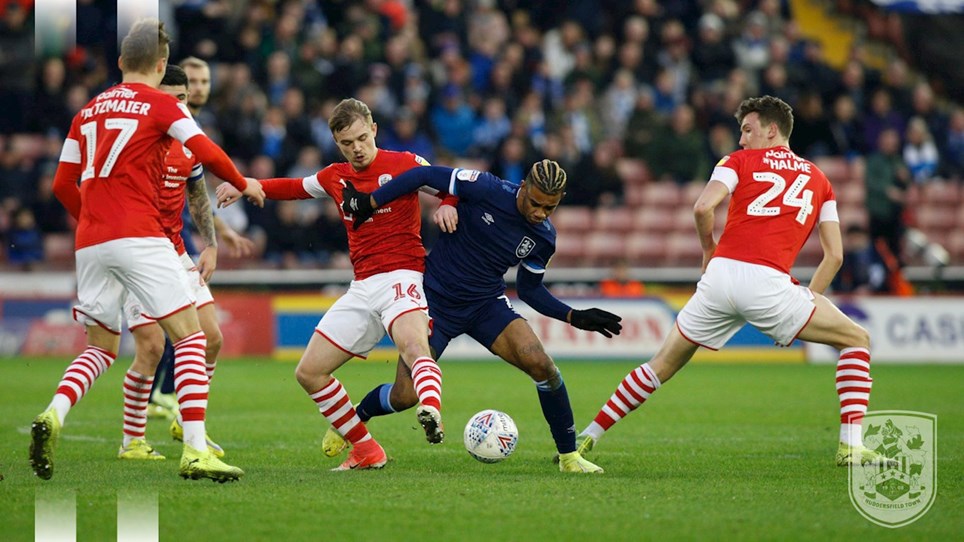 
Huddersfield Town suffered defeat on the short trip down to South Yorkshire following a 2-1 loss to Barnsley at Oakwell.