Young Terriers’ work on play on the ball pays off

Huddersfield Town’s Under-17s returned to action with their first development match of the new year on Saturday, running out 1-0 winners away at Chesterfield.

The contest provided the Young Terriers with testing circumstances in all aspects of play.

They were forced to defend diligently throughout the 90 minutes and use their attacking capabilities wisely, and ultimately they made positive steps forward.

Town took the lead late in the first half through attacker Robson Shipley, who unleashed a curling strike from the right wing that clipped the far post as it sailed in.

This came about through an excellently worked piece of play, with defender Josh Okpolokpo playing a superb ball to Ben Midgley, who would work the space and find Shipley to fire in from distance.

Town’s pre-designed intention to get on the ball in deep areas of the pitch naturally invited the opposition to press high, so Jon Worthington’s side were tested for large periods of the match.

This was dealt with to great effect, as they all chipped in with numerous last-ditch blocks and tackles, as well as some fantastic saves from Michael Roxburgh to keep the score-line in Town’s favour.

This was a pleasing performance and result for Under-17s Coach ‘Worthy’, who was happy with his players for getting the better of the conditions and winning their battles.

He said: “The conditions made it difficult, it was a difficult pitch, windy too, but sometimes you get away games and it’s a real test of the character, and I thought they stood up to that really well today, that was really pleasing.

“We have been doing a lot of work on the build this week but sometimes you’ve got to play a little bit with the elements, and I thought we did that.

“We showed real maturity to win individual battles on the pitch, be brave and make blocks, which is sometimes the question marks you have over young players - they definitely passed the character test today.

“The goal was a snippet of quality, it showed signs of what we have been working on in training so that was really positive.

“You need a bit of patience when you’re looking for moments for when you can break lines with passes, and I think Josh broke the line with a great pass.

“The next element for the midfield player is can they get on the half turn, can they receive in those little pockets of space, and Ben did that and obviously Robson came in off the line and it was an excellent finish.

“Those three separate parts of that goal are examples of what we’ve been working on”.

The Under-17s will continue to work on the building of an attack, presenting them with new scenarios from different formations and styles of press, with a lot of emphasis on correct decision making to counteract their opponents.

They will next have the chance to test this in a real match environment on Tuesday, when Huddersfield host Sheffield Wednesday in the Clarets Cup at PPG Canalside.

The game kicks off at 1pm and Huddersfield Town supporters can watch the Under-17s in action for FREE! 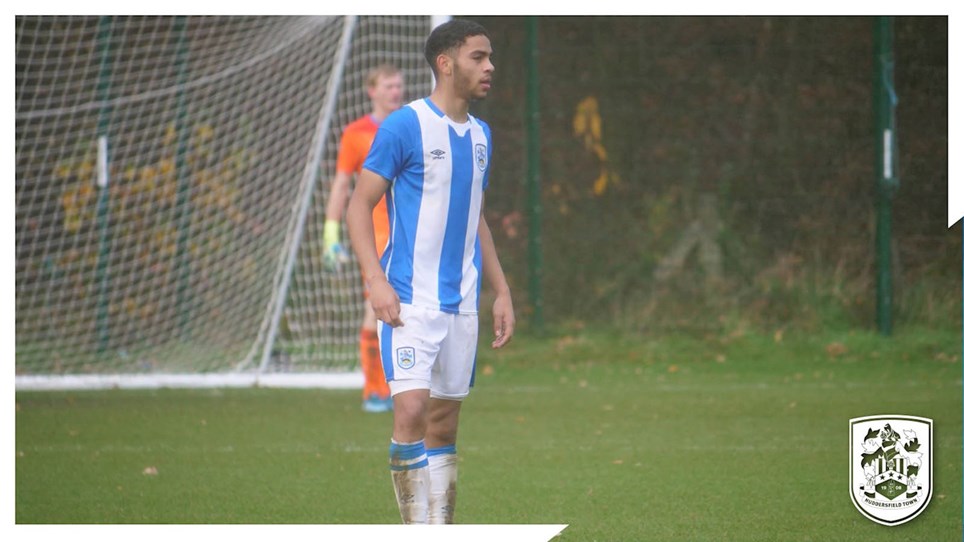