The 18-year-old forward will now stay with the Beach Boys until 4 February 2020 inclusive.

Kit initially joined Concord Rangers on loan on 8 November and has impressed at The Aspect Arena, scoring four goals in six starts and five substitute appearances.

He will now be eligible for a further six games during his extended stay, starting with a home game against Bath City in the FA Trophy on Saturday.

"I feel like I’m learning a lot here and the experience that I’m gaining in men’s football is helping me to improve as a player,” Kit recently told the Concord Rangers website.

Concord, managed by Danny Scopes, currently sit 11th in the sixth tier with 33 points from 24 games, four points behind Dartford in the final Play-Off place.

It’s the Club where Town bosses Danny and Nicky Cowley started their managerial careers between 2007 and 2015.

Kit recently signed his first professional contract at Town, which runs until 2022. 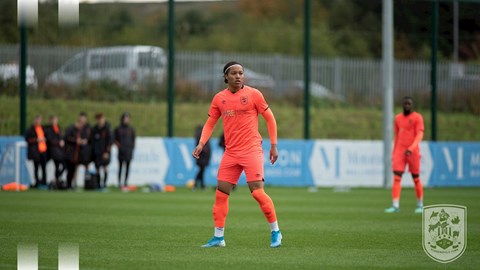