- Winning numbers from the Stoke City Golden Gamble draw
- One lucky supporter won the top £1,000 prize
- Find out if you won one of the prizes

Were you a lucky winner from Huddersfield Town’s Golden Gamble draw, sponsored by Barden Print, at the New Year’s Day game against Stoke City?

Young Town striker Kian Harratt made his way onto the John Smith’s Stadium pitch to draw the following numbers:

Dan (below) made his way pitch-side to take part in the ‘Take Your Pick’ game and won a Huddersfield Town gnome! That means that the cash rollover rises to £4,000 for the Brentford match. 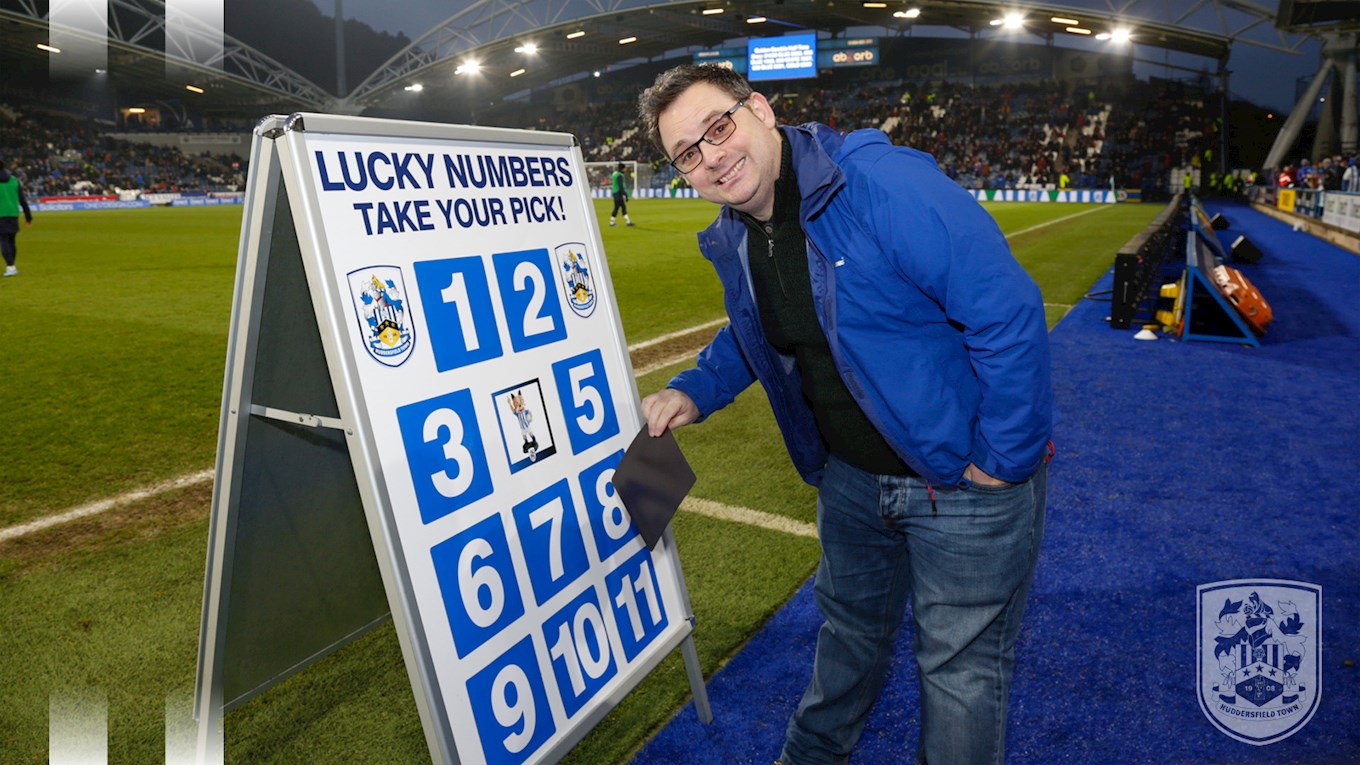 Gold 9209 – Annabelle McGuire from Cleckheaton – tickets in the Director’s Box and food in the White Rose Club for the Brentford match.