A number of Huddersfield Town’s Academy players and Academy graduates have gone out on loan or work experience to further their development.

This is a key part of the Academy’s philosophy to give youngsters different tests and challenges to get them used to the rigours of the First Team.

“It’s fantastic that we’ve got a number of different Academy players out at other clubs throughout the football pyramid.

“We carefully select these moves for the young lads to help different elements of their game, whether that be looking at their physicality, getting them to battle for a First Team spot or giving them the experience of moving away from home.

“The loans have proved to be very valuable for the youngsters, which you will see below, as they progress up the football pyramid.”

The Robins are top of England’s fourth tier with 53 points from 28 games, with the defender recently making his first appearance for the Club in their game at Newport County.

Rams made his league debut for Huddersfield Town against Charlton Athletic in December. This is the next step for him having spent time on loan at Brighouse Town and Bromley. 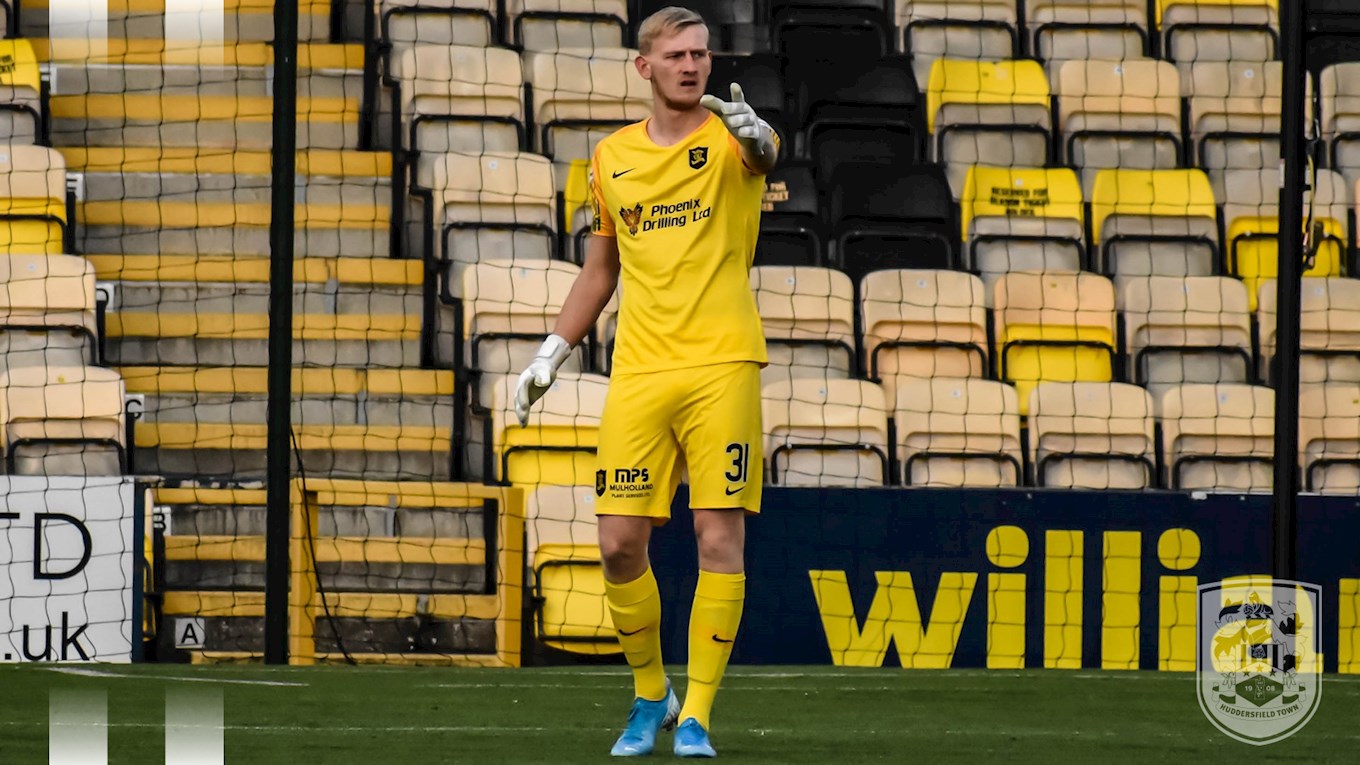 Young goalkeeper Ryan Schofield (above) recently joined Scottish Premiership side Livingston on loan until the end of the season.

He made his competitive debut for the Club in Saturday’s Scottish Cup Fourth Round 3-1 win over Raith.

Similarly to Rams, Ryan made his debut for Huddersfield Town earlier this season and this loan move will enable him to gain regular senior football at a competitive level. 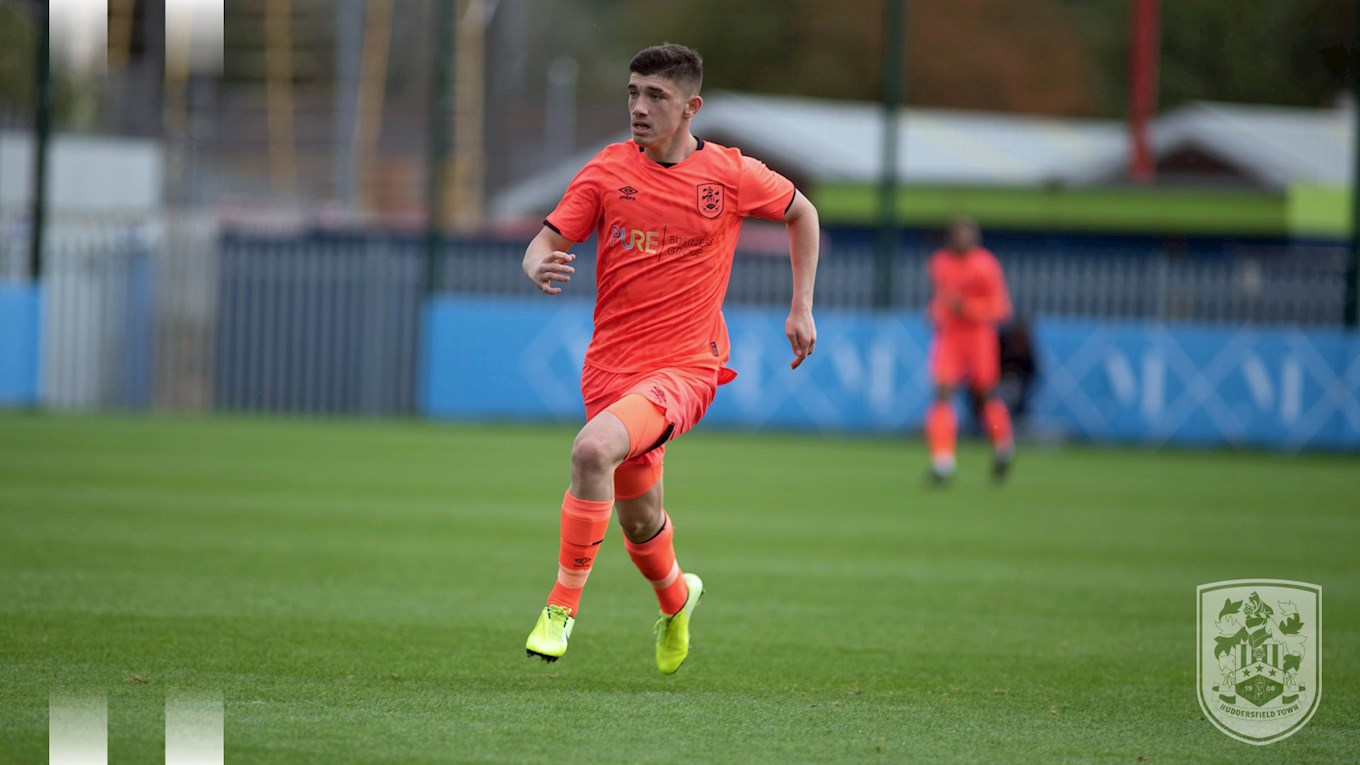 The young striker, who signed his first professional contract with Town in November, joined Vanarama National League side Harrogate Town on loan for an initial month’s stay earlier in December.

The striker made his first appearance for the fifth tier Club from the bench, as a late substitute during Saturday’s 2-0 win at Ebbsfleet.

Olly has been continuing his development in the fifth tier of English football at Vanarama National League outfit Barrow AFC.

After spending time there on work experience last season, he re-joined Ian Evatt’s side on loan for the 2019/20 season and has played 28 times for the Cumbrians in total. He’s also scored four goals this season.

They currently sit top of the National League with the aim of reaching the Football League for the first time since 1971/72. 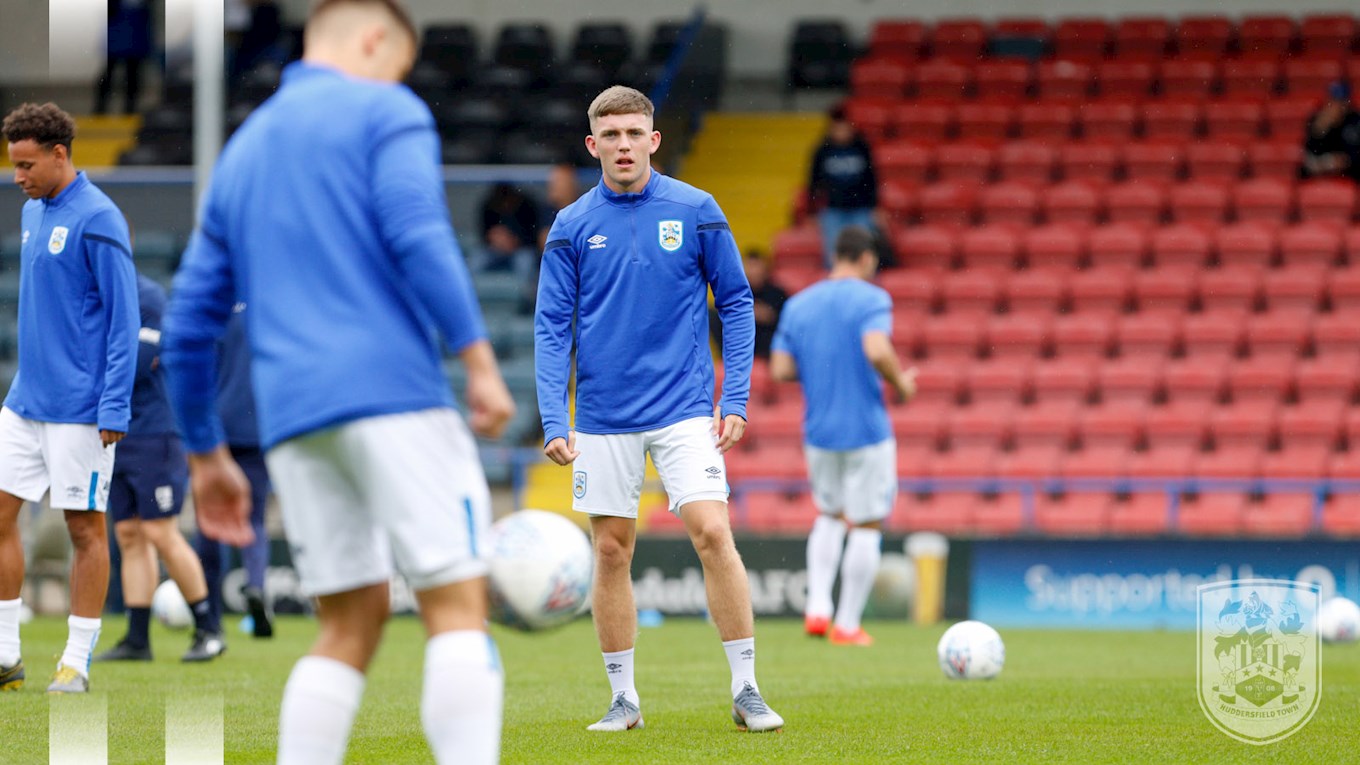 Earlier in the month, the defender re-joined Stockport County on loan and signed a new contract at Huddersfield Town, keeping him at the Club until at least 2022.

Ben (above) was recalled from his original loan spell with the Hatters in December and subsequently named in Danny Cowley’s First Team squad.

The defender has since re-joined the Vanarama National League Club until the end of the 2019/20 campaign, having made a total of 21 appearances for the Club so far this season. He’s scored one goal for Stockport.

Marriott has featured 25 times in total for BPA across the 2019/20 campaign in his third loan spell of his career, having also played at Brighouse Town and Northern Irish side Larne FC.

Dom has netted four times for the Tynesiders so far this season, playing 21 times with the Club currently ninth, just two points outside the Play-Off places.

He has also set-up four goals for his teammates and been named Man of the Match on three occasions!

The young striker (above) had his loan spell with the Beach Boys extended earlier this month after a successful start to his time with Danny Cowley’s former Club.

Kit has scored four times in 13 games for the Club in the Vanarama National League South and will stay at The Aspect Arena until the start of February.

Having spent time on loan at Hartlepool United earlier in the season, Romoney Crichlow-Noble joined Vanarama National League South side Welling United on loan for the remainder of the 2019/20 season.

The defender made his debut from the start of the Club’s recent 3-2 win over Hungerford United in the Vanarama National League South. He has previous experience of the sixth tier, having spent time on loan at Bradford Park Avenue last season.

Aaron Rowe joined Boston United on a short loan spell in December 2019. He made two appearances during spell with the Pilgrims that was unfortunately disrupted by illness and injury before returning back to Huddersfield Town.

Defender Jaheim Headley was one of the four to most recently go out on loan, joining BetVictor Northern Premier Division side Hyde United on work experience.

Jaheim made his Hyde United debut in at Nantwich Town at the weekend, before featuring in Monday night’s 4-2 win at Winsford United in Round 2 of the Cheshire Senior Cup.

He linked up with fellow Young Terriers Luke Mewitt, who recently had his loan spell at Ewen Fields extended until the end of the season, and Oran Thompson. They have made 26 and 12 appearances respectively for the Tigers.

Both Tim and Darnell joined Brighouse Town looking to gain a taste of senior football.

During the 2019/20 season, centre-midfielder Tim has made seven appearances, whilst striker Darnell has made eight appearances. The young striker has bagged one goal for Brighouse Town.

Nassim is the fourth and final of the quartet of Young Terriers to go out on loan last week. The defender joined North West Counties League Division One North side Emley AFC on work experience.

His Emley debut could come in Wednesday night’s game at Worsbrough Bridge Athletic.

Since joining the Brewers, he has featured twice from the start including in his debut against Dunston.

17-year-old Andrew Ijiwole joined the seventh tier Club on work experience in the summer and has made 10 appearances for Ossett so far in 2019/20.

Young Australian goalkeeper Jacob Chapman has also made three appearances for Wayne Benn’s side this season.

Academy goalkeeper Harrison Davison-Hale joined ninth tier side Liversedge FC for the 2019/20 season, making one appearance to date for Jonathan Rimmington’s side.