Were you a lucky winner from Huddersfield Town’s Golden Gamble draw, sponsored by Barden Print, at Saturday’s game against QPR?

First Team player Jaden Brown made his way onto the John Smith’s Stadium pitch to draw the following numbers: 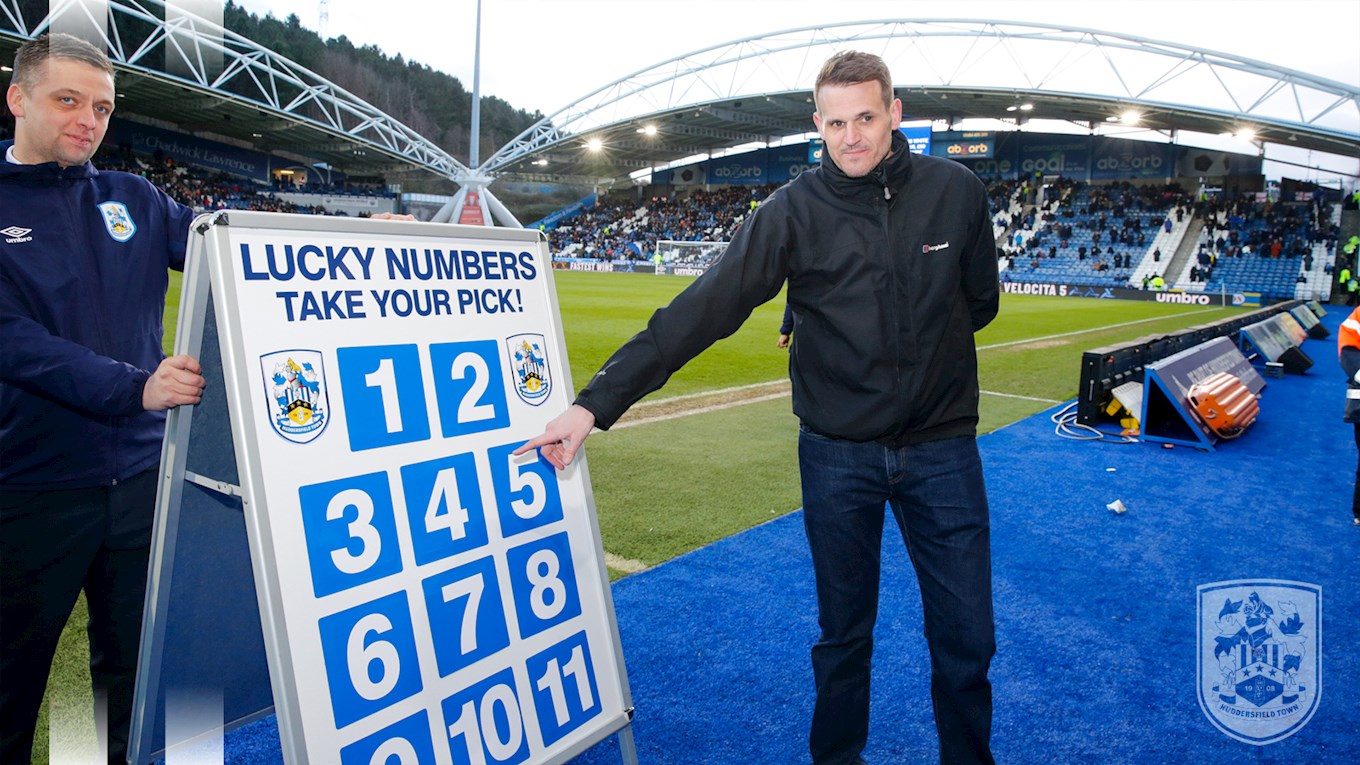 David (above) made his way pitch-side to take part in the ‘Take Your Pick’ game and won a Huddersfield Town gnome! That means that the cash rollover rises to £4,500 for the Cardiff City match.

Gold 11297 – Not Claimed Yet – tickets in the Director’s Box and food in the White Rose Club for the Cardiff City match.

You could walk away from Wednesday’s game against Cardiff City with up to £5,500 if you purchase a Golden Gamble ticket!

If you purchase five Golden Gamble tickets, then you will also receive a Gold Ticket, which will put you in a special draw!

If your Gold ticket is drawn out, then you will win two seats in the Director’s Box and food for two in the White Rose Club for our game against Bristol City!

Limited tickets for Wednesday’s game are still available! CLICK HERE to buy yours!

For more information about Town’s Golden Gamble draw or to become a Blue and White Foundation member call 01484 960 697 or email lotteries@htafc.com.