All the info you need ahead of the Boxing Day clash

Huddersfield Town are back in action on Boxing Day with a trip to Oakwell for a Yorkshire derby with Barnsley in the Sky Bet Championship; 3pm kick-off.

The Terriers will be looking to build on a 2-0 victory over Watford last time out when they make the trip to South Yorkshire on Saturday.

That win over the Hornets was Town’s fourth in succession at the John Smith’s Stadium, with Carlos Corberán’s side looking to translate that form to success on the road too with a positive result in the Club’s final away game of the calendar year.

After a heroic effort to stay in the Sky Bet Championship on the final day of last season, the Tykes have made a more comfortable start to their second season back in the second tier.

Manager Valérien Ismaël is now two months into the job at Oakwell having come in to be the successor to Gerhard Struber back in October, and sees his side currently occupy 13th place in the table.

The Frenchman has enjoyed a relatively successful start to life in South Yorkshire, with his side picking up 25 points from a possible 42 through his opening 14 games in charge.

The hosts go into the Boxing Day clash looking to respond to a 2-0 defeat against Swansea City in South Wales last time out.

Prior to that, the Tykes had won three on the bounce with victories in the space of a week against Wycombe Wanderers, Sheffield Wednesday and Preston North End.

As for Town, the Terriers make the short trip to South Yorkshire looking to translate home form into wins on the road off the back of four victories on the bounce at the John Smith’s Stadium.

Carlos Corberán’s side will be hoping to carry that momentum on to their travels with sights set on a first away win since late October, at the weekend.

The centre-back has been almost an ever-present through the first few months of his debut season in England following his move from Polish Ekstraklasa club Cracovia in the summer. Having helped his former side to win the Polish Cup in 2019/20, Helik has played in 17 of the Tykes’ 20 Sky Bet Championship fixtures and has been an assertive presence at the heart of a back three that has kept five clean sheets so far this campaign. He has also been a threat at the other end, registering his first Barnsley goal in a 2-2 draw with Bristol City back in October. 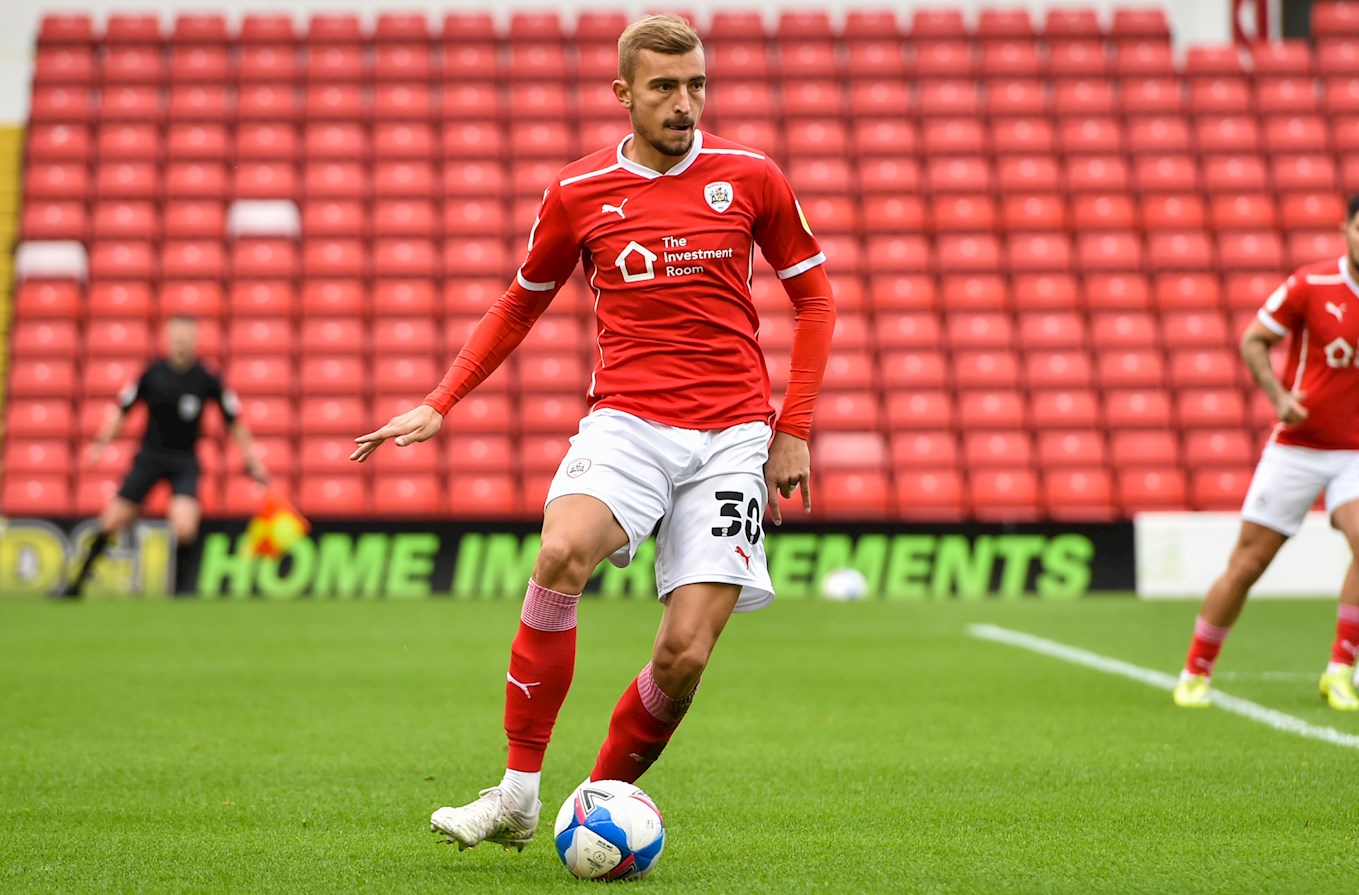 The 20-year-old has made an impressive start to the current campaign off the back of a breakout season at Oakwell in 2019/20. The midfielder made 18 appearances in all competitions for the Tykes last season, with his only goal coming on the final day of the season in the win at Brentford that secured their Sky Bet Championship status. Styles has nearly matched his appearance tally for last season already in this campaign as well as netting three times in the league, with goals against Nottingham Forest, Birmingham City and Wycombe Wanderers. 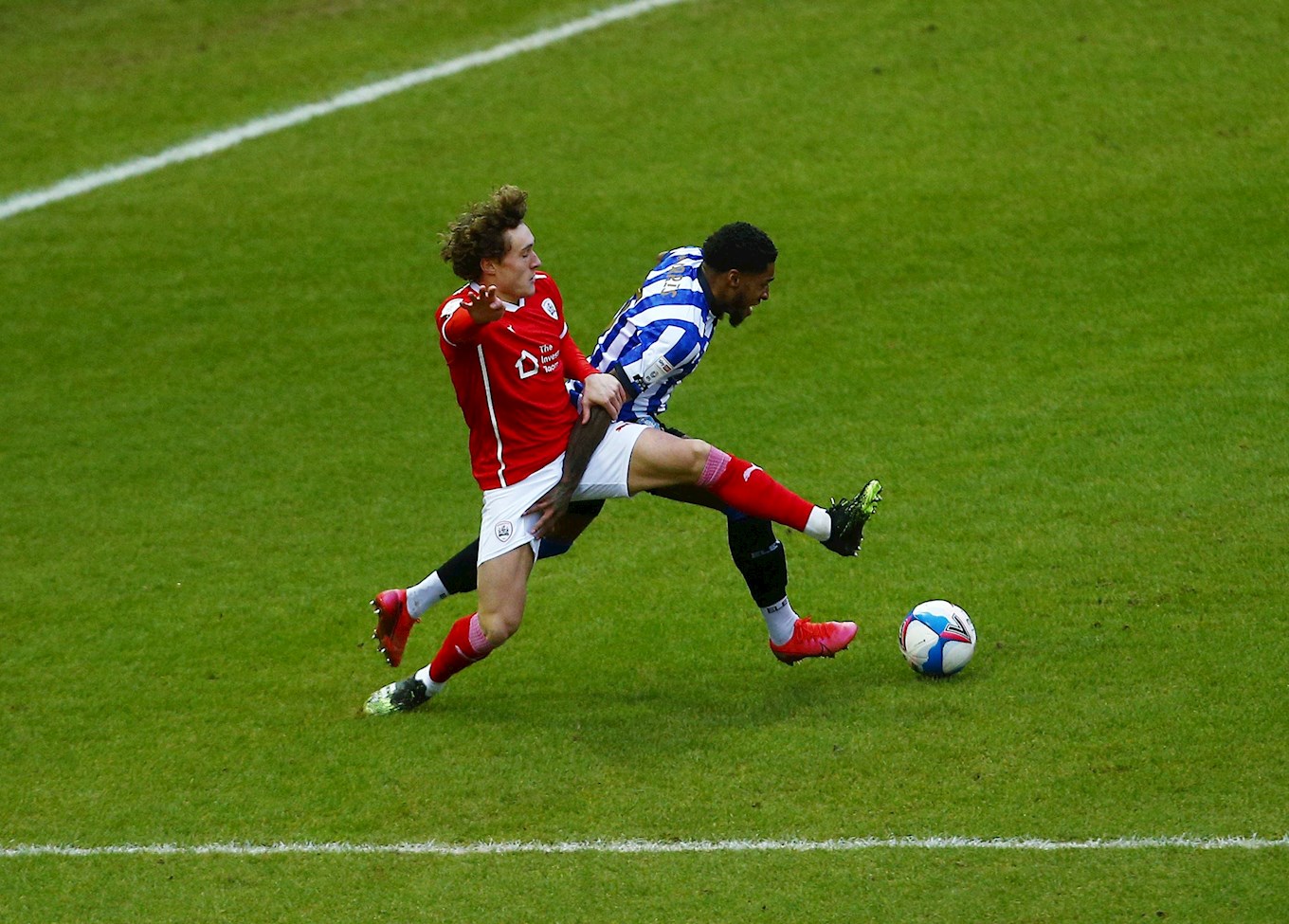 Woodrow has continued the scoring form in the first half of the campaign that saw him top Barnsley’s scoring charts last season. The forward, who signed from Fulham in 2019 off the back of a successful initial loan spell with the Tykes, has a team-high in goals (7) and assists (4) so far this campaign. The 26-year-old has also been particularly prolific on home soil with five of his strikes coming at Oakwell in 2020/21. 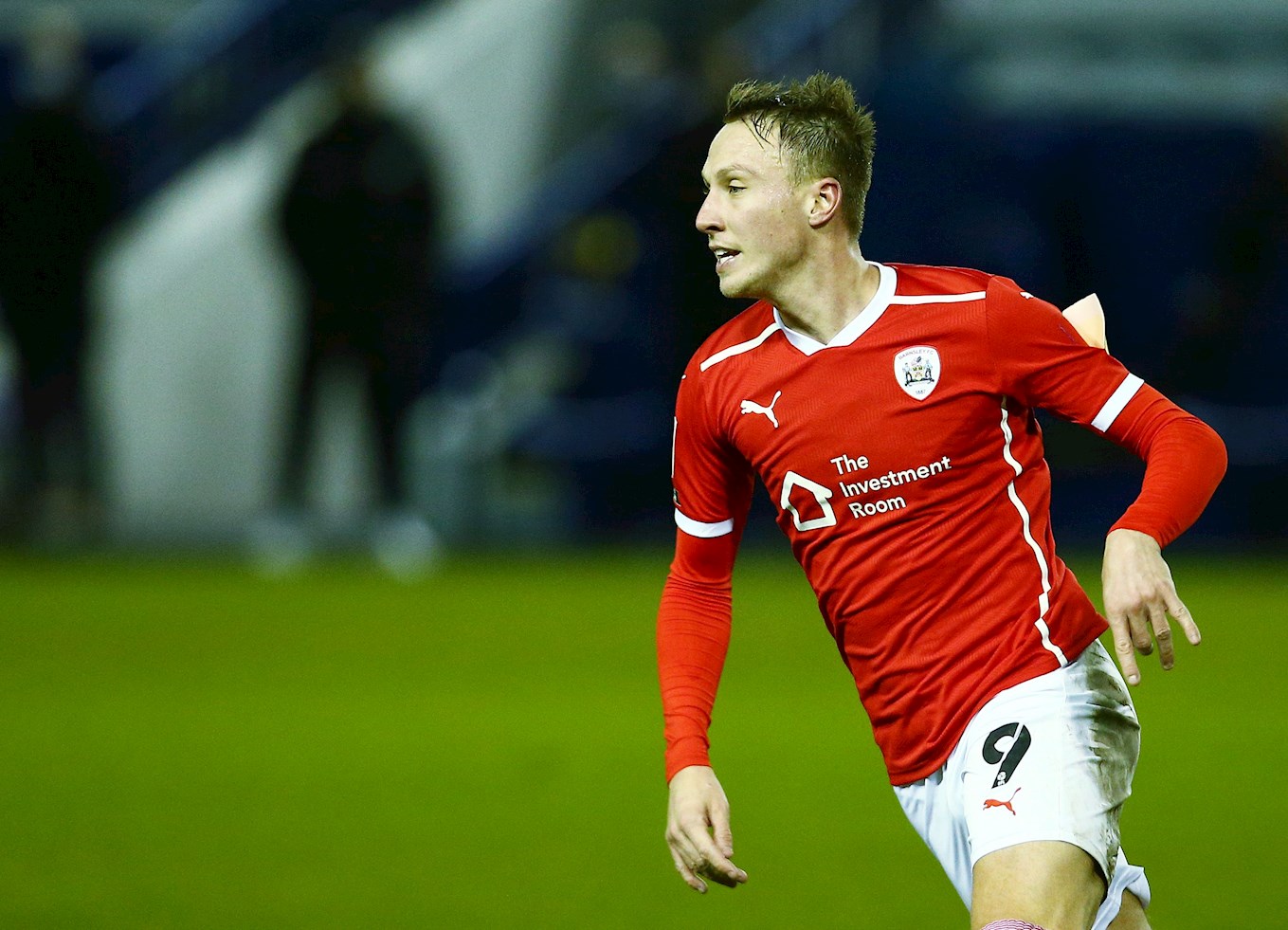 It’s the Terriers who hold the upper hand in the fixture’s record with 32 wins from the 74 meetings with Barnsley, to the Tykes’ 27 victories (15 draws).

Prior to a narrow 2-1 defeat on our last visit to Oakwell back in January, Town had been unbeaten in four in the fixture dating back to March 2014.

Our last win against the Tykes was a 2-1 victory at the John Smith’s Stadium in last season’s Sky Bet Championship meeting, with Christopher Schindler and Karlan Grant on the scoresheet for Town.

Our meeting with the Tykes is one of 11 Sky Bet Championship matches set to take place on Boxing Day with all kick-offs 15:00 GMT unless stated otherwise. AFC Bournemouth’s game against Millwall has been postponed due to positive Covid-19 cases in the visiting squad.

The Terriers will be sporting the yellow and purple third kit for Saturday’s trip to Oakwell – CLICK HERE to get yours! 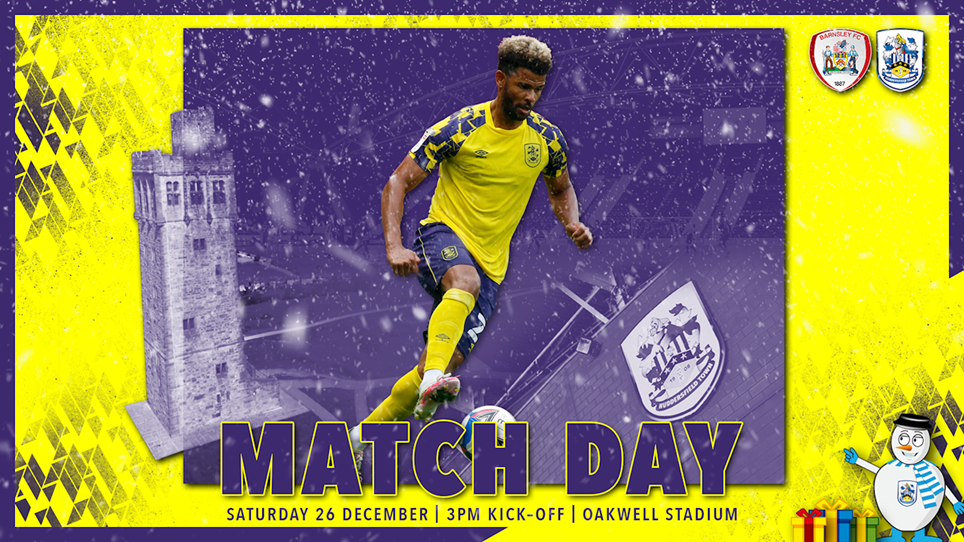 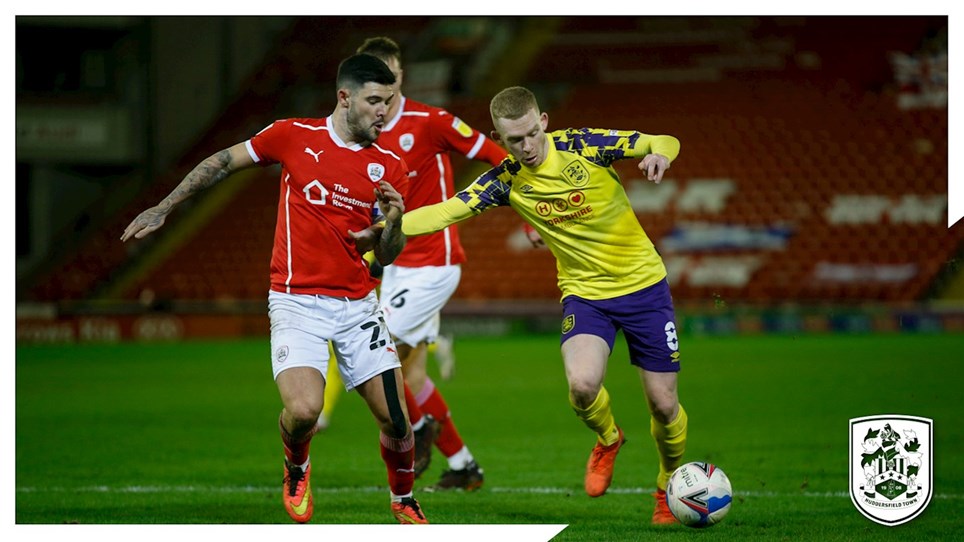 
A stoppage time goal from Michał Helik condemned Huddersfield Town to a 2-1 defeat against Barnsley at Oakwell.


Youngster speaks ahead of Tuesday’s game against Lincoln City