Take a look back at Huddersfield Town’s 1993/94 campaign

The yellow and purple Vileda kit was certainly an iconic one, but so was the 1993/94 campaign for everyone at Huddersfield Town!

It was the end of an era for the Football Club as players, staff and supporters said goodbye to Leeds Road before moving into the McAlpine Stadium.

At the start of the season, Neil Warnock was appointed as Manager as the Club prepared for the upcoming Division Two campaign.

In truth it was a transitional season as Warnock put his own stamp on the Terriers, which came to the fore at the end of the campaign.

The Terriers won eight of their last 12 games and were unbeaten in the league from mid-March.

Despite the end of season success, Town finished 11th, but it was the cup run that’ll live long in the memories of Huddersfield Town supporters. Neil Warnock’s side reached the Autoglass Trophy Final at Wembley – the Club’s first visit to the National Stadium in 56 years.

As tickets went on sale, supporters queued in the turbulent weather conditions for up to four hours to get a ticket to see Town at Wembley – a dream for many.

Around 27,000 Town supporters flocked to the stands at Wembley Stadium, but unfortunately Town were beaten on penalties by Swansea City. 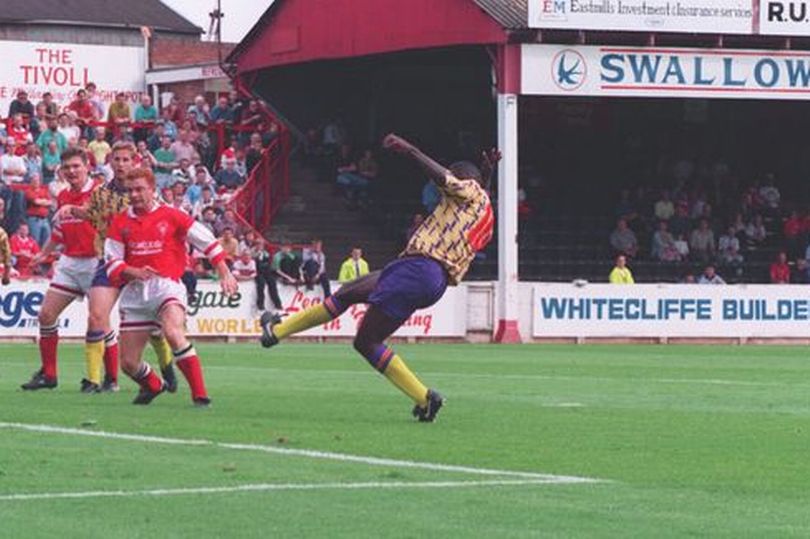 Then there was the final game at Leeds Road – Huddersfield Town vs Blackpool. The Terriers ran out 2-1 winners to mark the memorable occasion, with many supporters – some wearing the yellow and purple Vileda shirt – running onto the pitch to gain their own piece of Huddersfield Town history.

And throughout the 1993/94 campaign some of those fans were also lucky enough to see the striking yellow and purple Vileda shirt in action.

Now to present day, Town’s 2020/21 shirt has taken a modern-twist on that memorable kit and you can pre-order yours by CLICKING HERE!