Since his playing days, Iwan has been closely covering Cardiff City as their match day pundit for BBC Sport.

We caught up with him to get the latest lowdown on Danny Ward to see how much he’s changed since he departed the Club in 2015.

What kind of player is Danny Ward?

He was a striker at Cardiff City and, in my opinion, didn’t get the amount of time on the pitch last season as he deserved. He was Cardiff’s best option as a centre-forward.

I really like him; I think he’s a very good player. I’ve got a lot of time for him.

He knows the position, makes good runs, he’s a grafter, he’s got a great spring on him, he works the channels well and he scores goals.

If you look his goals ratio to the time he spent on the pitch, then he’d have been right up there.

He’s got two good feet, for his size he’s very good in the air, he’s got a great leap on him, a little bit of pace – not electrifyingly quick – but a bit of pace, but he really knows the position.

He knows the runs to make, if you play the ball up to him, he’ll get hold of it; he’s not afraid to have his back to goal. I think it’s a very good signing. 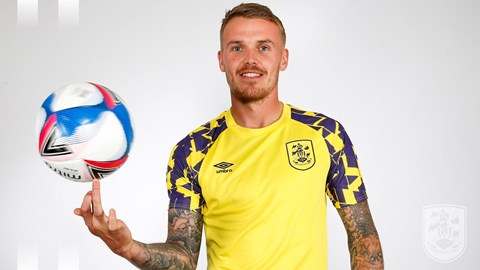 Is he a natural striker, as he played in the wide areas for Town in his first spell?

I’ve always seen him like that. He likes to play the channels and drift out wide, but I’ve only ever seen him as a striker.

He can play on his own, in a two, but he’ll scrap, fight and put himself about. I can’t say enough good things about him.

I think he’s got really good movement. He sees things quite early, he’s always on the move and he times his runs into the box very well, which enables him to get the space he needs.

His instinct in-front of goal is good too; things land at his feet and there’s no hesitancy, it’s in the back of the net. You can’t buy that; it’s natural.

How has he developed since he’s been at Town?

It’s five years since he left Town and he’s played up-front for the majority of that time.

It’ll only take two or three games in this period now for Town fans to see what he’s all about and they will see they have a really good centre-forward on their hands.

He arrived as a free agent; do you think he was a good signing?

I think it’s a cracking piece of business to get a player of his ability in the Championship. He will score goals; there’s no doubt about it.