Looking back as Huddersfield Town lifted the FA Cup for the first time on 29 April 1922.

This was also the second Final for Preston North End, who had previously won the competition in 1889.

There was a crowd of 53,000 for the Final at Chelsea’s Stamford Bridge. Preston goalkeeper James Mitchell was the first (and only) player ever to wear spectacles in an FA Cup Final!

Like Town’s first ever FA Cup Final, the match was decided by a fine margin and went down in the history books. A 67th minute penalty by WH ‘Billy’ Smith decided the game and brought the FA Cup back to Huddersfield!

This was the first Final to be decided by a penalty kick and in truth the award of it was controversial, confirmed by newsreel footage, that the foul may have occurred outside the penalty area.

That didn’t matter to the Huddersfield Town supporters though, who thoroughly enjoyed the Final and seeing Chapman’s side lifting the trophy!

This was the first taste of success for Chapman ahead of his incredibly success and iconic time at Huddersfield Town.


Take a look back at Huddersfield Town’s 1993/94 campaign 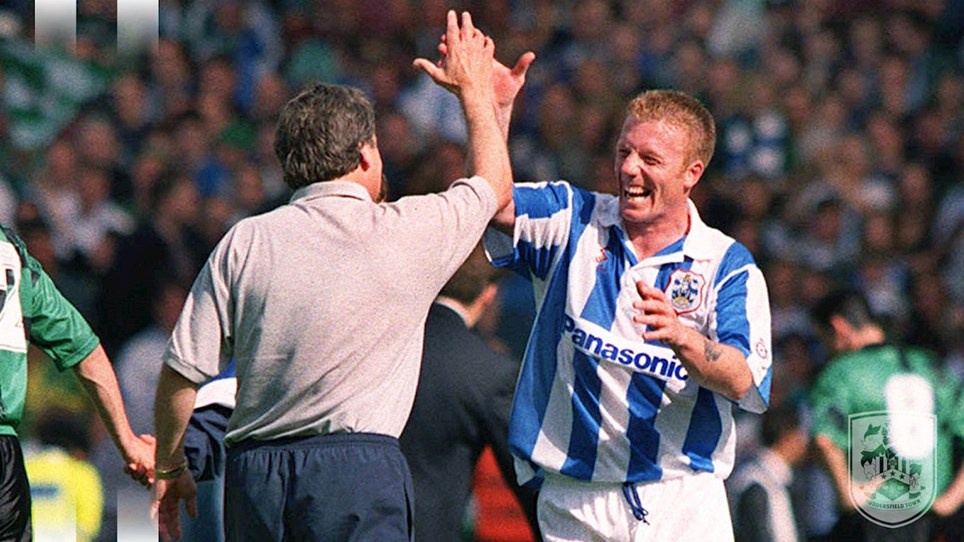