100 years since Town’s version of Club song was established

100 years ago this month, on 24 April 1920, Huddersfield Town faced Aston Villa in the FA Cup Final at Stamford Bridge.

Aston Villa won 1-0, with Billy Kirton slipping the ball past Sandy Mutch in extra time to clinch the trophy for the Birmingham Club for a record sixth time.

The game was historic for two reasons. Not only was it the first ever FA Cup Final to require extra-time to be played, but it was also the birth of Town’s Club song ‘Smile A While’.

The original song ‘Till We Meet Again’ was a popular World War I song and a look into the history books shows that a G W Chappell of Longwood created the adapted version of “The Town Anthem”, which was sung by Town fans ahead of the match, and was published by Mr Chappell on 1 April 1920.

The song was reprieved by Alan Hinchliffe’s version, which was used for the Final Whistle video that the Club produced in 1994. The song is still proudly sung through the John Smith’s Stadium to this day.

“There's a team that is dear to its followers,
Their colours are bright Blue & White,
They're a team of renown, the pride of the Town,
And the game of Football is their delight.
All the while, upon the field of play,
Thousands loudly cheer them on their way.
Often you can hear them say, who can beat the Town today?
Then the bells will ring so merrily
Every goal, shall be a memory
So Town play up, and bring the Cup
Back to Huddersfield!
We’re Yorkshire! We’re Yorkshire! We’re Yorkshire!”

Take a look at the original songsheet below, did you know there were two extra verses? 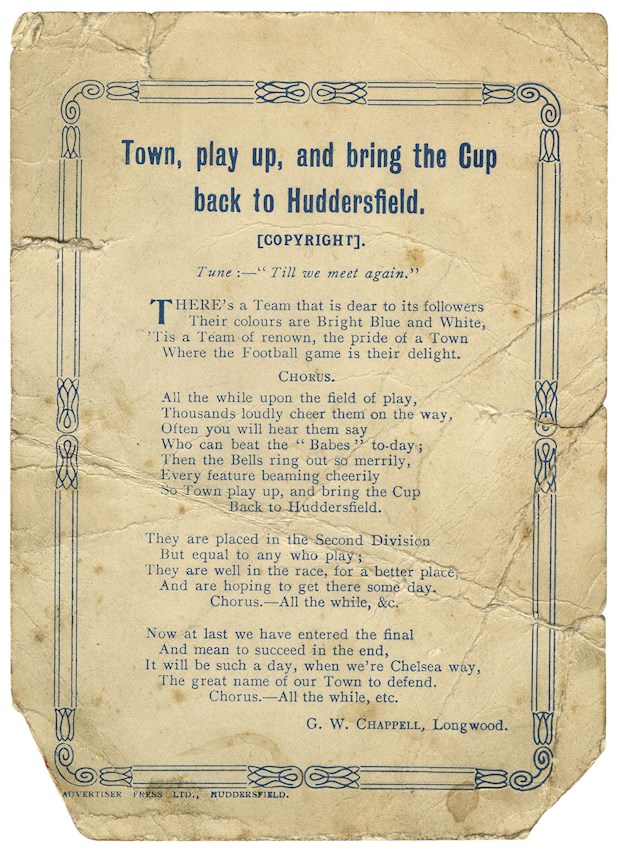 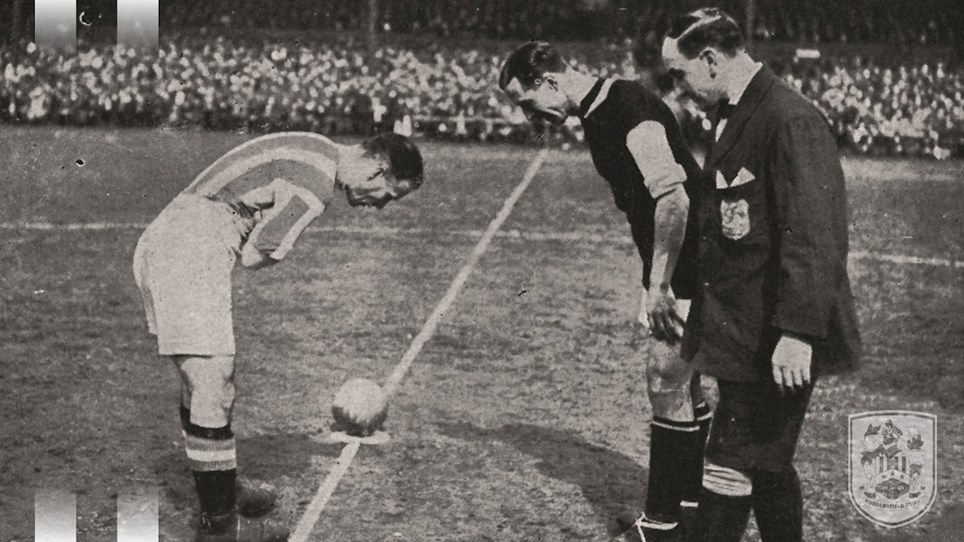