Our names are Helen Morse and Linda Knights and we live in Victoria, Australia. We have become avid Town supporters since visiting our cousins in Huddersfield in May 2017.

We were taking our first trip to the UK to visit our cousins Mark and Janice, who live in Longwood. We were in constant contact with them and they were so excited at the time because Town were playing in vital games to advance to the Premier League. We didn’t really know what all that meant but we were soon to find out!

We only knew that Aaron Mooy played for Huddersfield Town, so that was an extra incentive to find out about it. We are both supporters of clubs in Victoria who play Australian Rules Football namely Collingwood and Richmond.

On the day (Monday 29 May 2017) that Huddersfield Town played Reading, Mark, his son Matthew, and grandson Clark travelled to Wembley to watch the game. Janice apologised to us and said the whole family was gathering at their house to watch the game on TV. There were 11 of us. They had supported the Club all their lives and this was an historic event for them. We were both caught up in the celebrations but at the end of the game when the score was 0-0, the atmosphere was electric. I must say that it was hard for us to comprehend that the score was 0-0, as in our game of Aussie Rules we score up to and sometimes more than 20 goals each team a game.

When both teams were shooting for goal and getting one then missing one, you could hear a pin drop… then it was down to the last shot and Huddersfield Town got it in, the excitement was incredible, everyone hugging, laughing and crying and our Aaron Mooy played a pretty good game too! Us two Aussies were so happy for them all because we knew how much it meant to them. 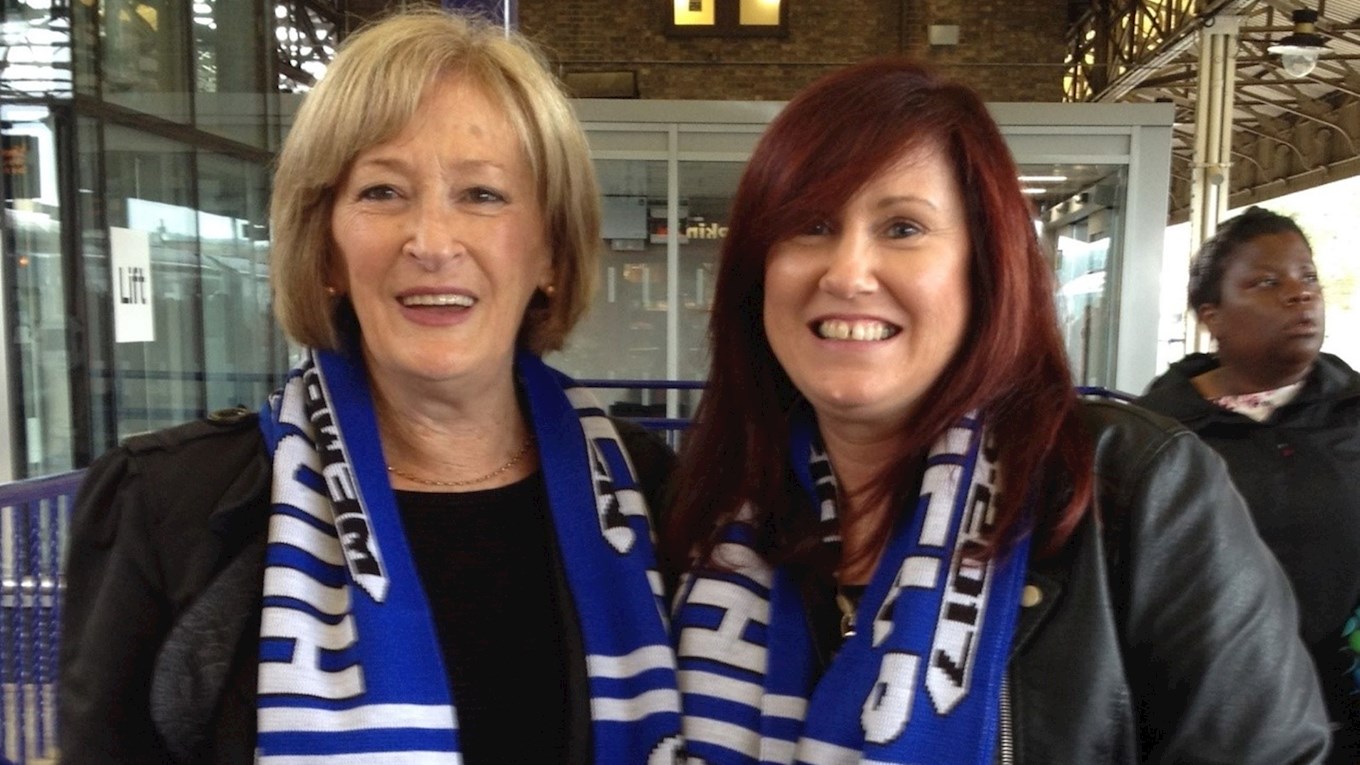 The next day Mark took Linda and I to the Huddersfield Railway Station to catch a train to York for the day. On arriving at the station, we saw a man selling Huddersfield Town scarves and we both bought one and proudly put them on. As we were standing there a young man came up to us and asked us if he could interview us for BBC Radio 1 about the football. We said yes, I think he heard our Aussie accents. He asked us would we be following Town when we came home, we said “absolutely”! We spent the day in York, proudly wearing our scarves and came back to Huddersfield station in late afternoon, where Janice and Mark were waiting for us. We couldn’t believe the transformation in the square; thousands of people were waiting for the team to arrive back on the open top bus.

Mark told us that he had listened to the radio at lunchtime and that our interview was aired, he had recorded it, he was more excited about that than Town winning the game I think. After leaving us in the morning to get the train he was interviewed by a local radio which went to air immediately, our trip certainly put him in the limelight.

Since returning to Australia, we follow the games and look the scores up every week. Our scarves take pride of place in our homes along with the scarves of our Aussie Rules clubs. It was certainly an experience we will never forget.

If you’re part of an overseas fan group and would like to contribute to the Guest Blog, please get in touch on adam.tomlinson@htafc.com.