It proved a second half to remember as we look back at Huddersfield Town’s 3-0 home win against Norwich City during the 2016/17 Sky Bet Championship season!

The victory got the Terriers back to winning ways on 5 April 2017, having come into the game off back-to-back losses to Bristol City and Burton Albion.

Three points were firmly on the agenda for David Wagner’s Town under the Wednesday night lights at the John Smith’s Stadium, with the Terriers still in the promotion mix as the Sky Bet Championship season entered its penultimate month.

With that in mind, Town were made to work hard for their opening. Philip Billing had the Terriers best opportunity in the first half, striking the post from the edge of the box.

With the scoreline still goal-less at the break, a good low stop from Norwich ‘keeper Michael McGovern prevented Nahki Wells’ strike from breaking the deadlock.

Town did find a way through, however, in the 66th minute. Elias Kachunga powered forward and swept home a clinical finish into the bottom corner to put the home side ahead.

That was the first goal in a frantic seven-minute period that saw Town end the game as a contest with more precise finishing in-front of goal.

Firstly, Aaron Mooy sorted his feet out inside the box and squeezed the ball inside the post to double the advantage.

Moments later, Wells put the game out of sight and all-but wrapped up the three points for Town after his left-footed effort beat McGovern in the Norwich goal and found the far bottom corner.

The forward could have made it a quickfire brace late on, but his powerful effort could only strike the top of the post, as Town saw out the game to complete a first league double over the Canaries since the 1967/68 season.

Speaking to #HTTV post-match, Wells outlined the importance of picking up the three points from the game.

“Delighted to get back and get the three points after two consecutive defeats. I think we were back to ourselves tonight and it was a thorough and good performance,” he said.

The forward’s 73rd minute strike also put an end to nine games without a goal for himself; a run that he expressed his delight to end.

“It is important. It’s not a great feeling for a striker to go a few games without a goal and it’s been a bit of a stop-start for me over the last few weeks.

“I had a motivational chat with the manager before the game and he said that it was time to really propel, time to really put in 110% today and I can say I tried my best – it's great to get back on the scoresheet.”

Town Manager David Wagner was also proud of the performance of his striker and the team overall, when looking back on the encounter pitch-side, following the final whistle.

“I am absolutely delighted with what they’ve done today.

“The effort, the attitude, the energetic style on the pitch – it's absolutely fantastic.

“I’m so proud of them. It was a great performance; I think one of our best at home.

“It was a great evening, a huge result and we’re on our way to secure our Play-Off place, which is a huge achievement for this football club.”

You can watch the full game below on #HTTV!


Re-live Town’s 2-1 away triumph over Norwich 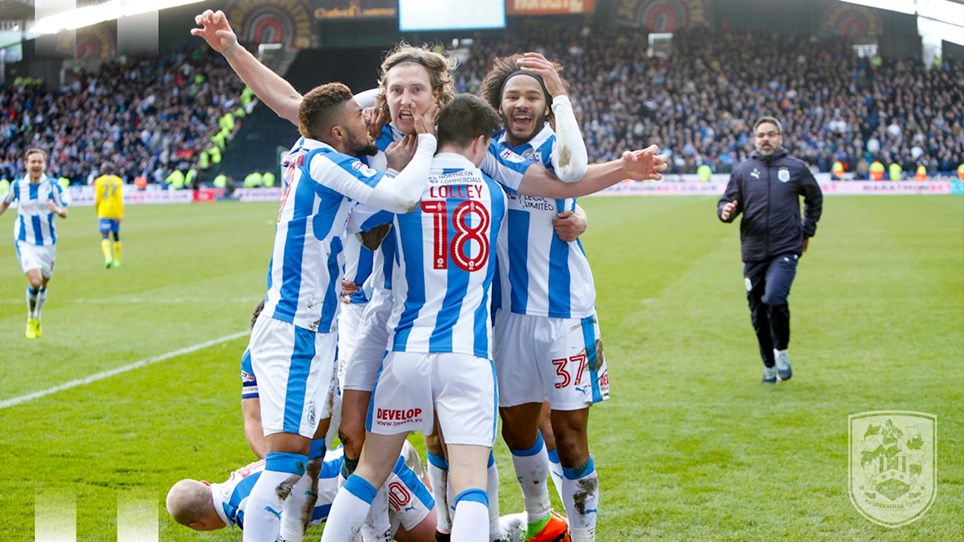