Daley on his move to Town’s Under-17s side

Huddersfield Under-17 player Luke Daley says he is enjoying learning how to improve his game since moving to West Yorkshire in the summer.

Daley used to be a part of the academy at Port Vale before moving to Huddersfield Town during the summer to join Town’s Under-17s setup.

The Under-17s is a new group consisting of players recruited in the summer, much like Daley. He says that the group has bonded well since meeting in the summer.

“We get on well to be fair. I think on the pitch, we communicate well and then off the pitch, everyone gets along,” Luke told htafc.com.

The Club appointed former Club Captain Jon Worthington as its new Under-17 Coach ahead of the 2019/20 campaign and Daley says he is thankful to ‘Worthy’ for helping him with the move.

“He’s been amazing with me so far. He helps on and off the pitch. You know you can have a laugh and a joke but then you also know when it’s time to be serious and work.”

The Under-17 group works on different phases of play in blocks of weeks during training to further their development, relating to how the coaches want their sides to play.

“They’re going well,” Luke continued. “You have different focuses in the blocks.

“Training is a lot harder compared to what I have experienced before. At Port Vale, it was just training twice a week and just doing different things on different days. Here, it’s a lot harder.

“The blocks have helped me on a number of things like trying to move the ball quicker, working on my weaker foot and playing passes from the inside so that you have to use your weaker foot more.”

In the past, the youngster has been playing as a left-sided midfielder, but since joining Town he has also been learning how to play as a left back. Daley admitted it’s a challenge - but he is enjoying the new opportunity.

“I think playing at left back is a lot harder because as well as going forward, you have to get back too; there’s no hiding. You must work a lot harder. It’s different to what I’m used to, but I like it.

“As a left back, I’m asked to push forward more and it lets me get more games, which is good for my development because I can play in both positions (left back and left wing).

“Playing in both positions allows me to see the game better.

“Defensively, I’m learning to read the game better because as a left back I must know which position to be in, so I’m working on my positioning too. I’ve learnt how to work with the other defenders; when to push up, passing it quickly to my teammates along the back and the line we should play.” 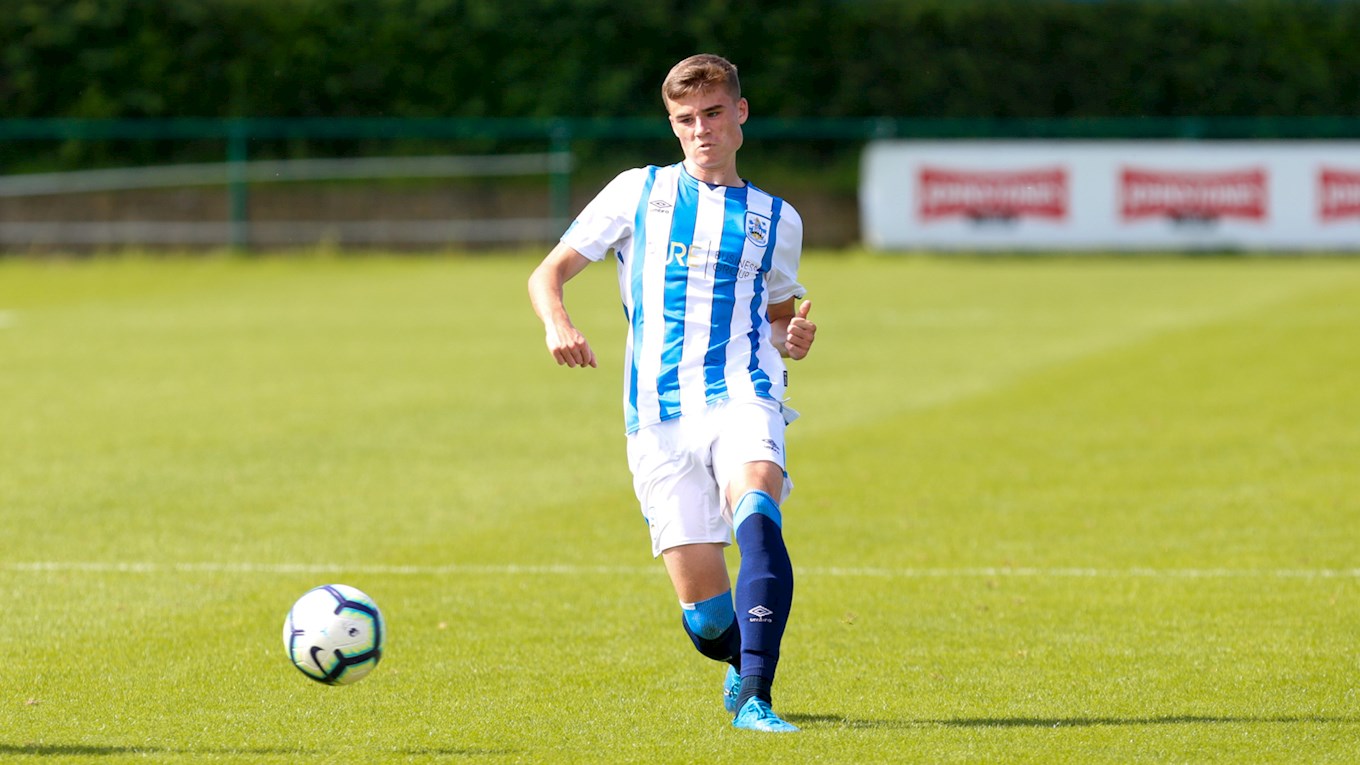 Town’s Under-17s often have the challenge of playing against Under-18 sides in the league, which provides them with a mental and physical challenge.

“It’s been a test. They’re a lot bigger than us but I think we’ve dealt with that fine so far. It makes you want to get to their level, like when you’re one on one with a player, you want to beat them.

“The philosophy is different. We’re only 16 or 17 whereas they’re older, but I think we’ve dealt with it well. I think we’re more than capable of beating the teams in our league.”

Daley and his Under-17 teammates play at Scunthorpe United in the EFL Youth Alliance League on Saturday, with the 10.30am kick-off taking place at Winterton Rangers’ Hammond Homes Stadium.