Huddersfield Town are delighted to confirm the appointment of Danny Cowley as the Club’s new Manager.

Danny will be joined at Huddersfield Town by his brother and Assistant Manager Nicky.

The duo were identified by Chairman Phil Hodgkinson and Head of Football Operations David Webb as the Club’s first choice for this appointment after an extensive and detailed search.

Compensation has been agreed with their previous club Lincoln City and the Cowley brothers will begin their work with the Terriers in preparation for the Sheffield Wednesday game.

“I am delighted to be able to welcome Danny and Nicky Cowley to Huddersfield Town today.

“From the outset, David Webb and I knew how important this next appointment is for the Club. We undertook a very detailed and thorough process to identify the right person to lead the First Team forward, first outlining the qualities we were looking for in the right candidate and then establishing which managers matched them.

“Our research, due diligence and work resulted in a shortlist of four candidates, and Danny Cowley was number one. His track record is there for all to see – he has led his previous teams to five promotions and several cup successes – and our character references revealed a man who is one of the most detailed managers around; meticulous in his preparation, and highly regarded by his peers.

“Having approached Lincoln City and gained permission to speak to the Cowleys, they initially decided they wanted to continue the superb job they had done at that club and turned down the opportunity to discuss our job. At that stage we could have easily pursued one of the other options we had identified – all of which are fine managers – but David and I felt it was important to try and persuade them to talk to us. We firmly believed that they were the best men to take us forward, and we didn’t want to give up on them.

“Our persistence paid off and when we spoke, there was an obvious chemistry. They believe in the way we operate as a Club and it affirmed that they would be a superb fit for us. As such, I’m delighted that they are joining us.”

“I appreciate that the last few weeks must have felt like a long time to our supporters as they waited for news on our search for a manager, but I believe it was much more important to invest time in getting the right person as opposed to making a quick appointment.

“I would like to thank Mark Hudson, Dean Whitehead and Leigh Bromby for taking charge of the First Team over the last few weeks. Although results have not improved, I believe that Danny and Nicky are taking charge on the back of some really good work on the training pitch.

“Our focus is on winning football matches and we will give Danny and Nicky every support they need.” 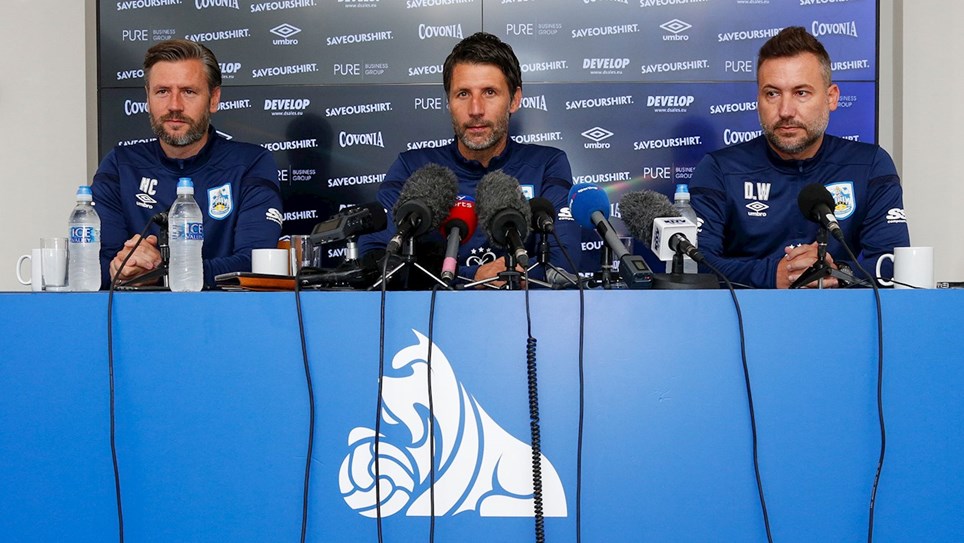 DANNY COWLEY: THE CHALLENGE EXCITES ME