- Blue & White Foundation makes annual £20,000 draw
- One lucky Town fan walked away with full prize on the night
- Huddersfield Town’s management duo, Danny and Nicky Cowley, participated in a Q&A
One lucky Huddersfield Town fan got the shock of his life when he found out he’d won £20,000 from the Blue & White Foundation’s £20k draw night!
The Blue & White Foundation’s 16th annual prize draw took place in the Fantastic Media Suite at the John Smith’s Stadium in front of a live audience of 150 people, with loyal supporter and Season Card holder Michael Ellis winning the top prize.
Michael was one of the 150 members who had managed to bag a ticket to the event, and so was able to claim his prize in person!
He’s a very worthy winner as he’s been a Blue & White Foundation member since the beginning and is a Season Card holder alongside his wife!
Michael will be drawing the winners of our half time ‘Golden Gamble’ at the Birmingham City game on Saturday 23 November.
He spoke to #HTTV about the shock of winning.
“I’m stunned to be quite honest. I’m very happy.
“I’ve been a member of the Blue & White Foundation since it started.
“I’ve been coming to games for about 60 years now and I’ve never wavered at all throughout those sixty years.
“The Blue & White Foundation are helping Town and helping bring younger players like Lewis O’Brien through, and if we can help them in any way then that’s great.”
Another 10 Blue & White Foundation members received runners-up prizes of £500 too; a full list of winners is below.
Prize
£20,000 Mr Michael Ellis
Runner-up prizes
£500 Nick Hargrave
£500 Mr PR Hirst
£500 John Connolly
£500 Jayne Gill
£500 Steven Luty
£500 James Robinson
£500 Terry Lee
£500 Sarah Storer
£500 Christine Proctor
£500 Luke Fallas
The reveal of the big prize capped off another fun-filled evening for Blue & White Foundation members, who were able to watch Huddersfield Town’s Danny and Nicky Cowley participate in a Q&A, before the questions were opened to the floor and members had the chance to ask the duo themselves. 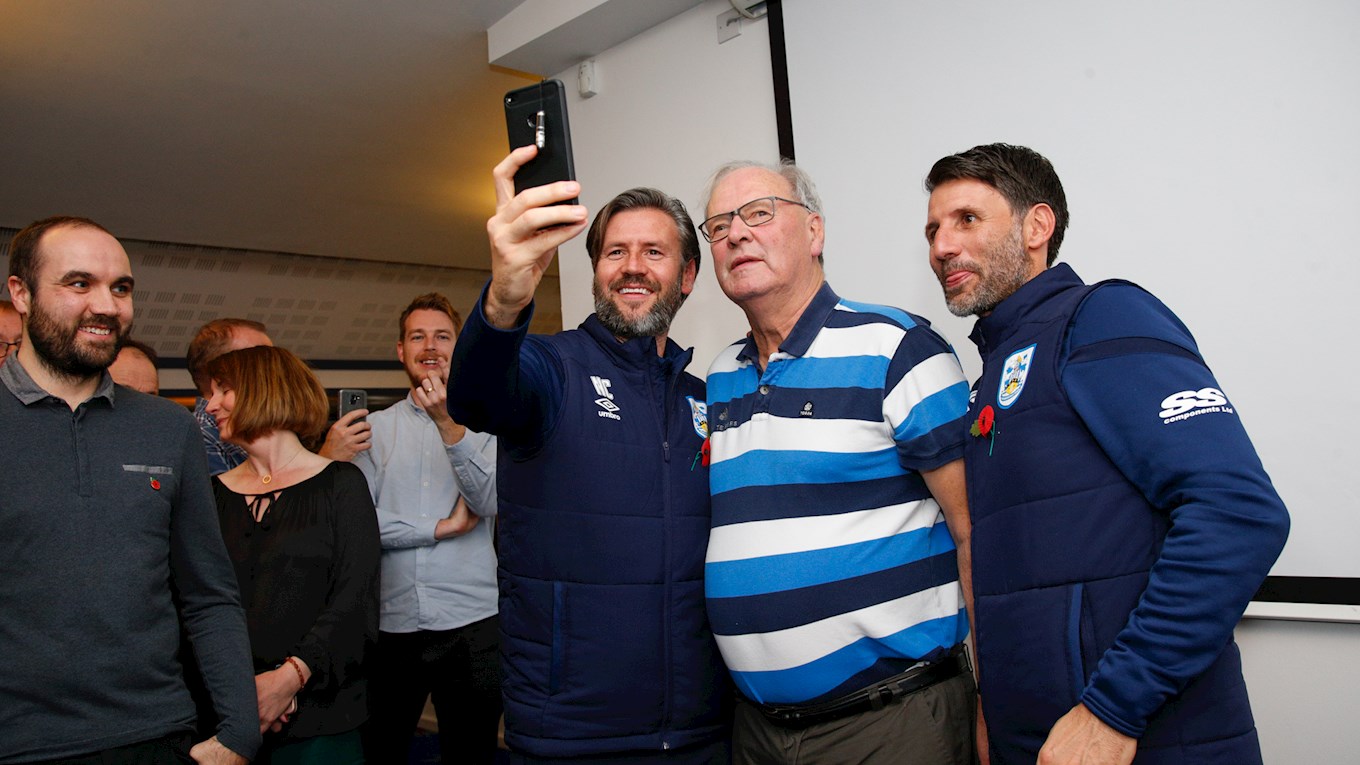 All attendees enjoyed a free Pie & Pea supper and photo opportunity with the Cowley brothers, who enjoyed the event so much they decided to stay and press the magic button to reveal the winner of the big prize!
The annual £20,000 draw is just one of the benefits of becoming a Blue & White Foundation. For just £2 a week, you gain access to many benefits including a chance to win in the weekly ‘On The Move’ lottery draw and much, much more.
Click HERE to read all the benefits and to join the Blue & White Foundation online. Who knows – next year it could be you walking away with the £20,000 cheque!