- A look back at Town’s previous encounters with Preston North End
- Includes wins from 2017, 2015, 2011 and 1993
- You can watch all the goals on #HTTV
Ahead of Huddersfield Town’s visit to the Deepdale Stadium on Saturday, htafc.com has had a look back at four of the Club’s best wins against Preston North End.
Town have enjoyed some memorable wins against Preston North End throughout the seasons.
Here are some of our favourites!
Huddersfield Town 1-0 Preston North End – 17/03/1993
Iffy Onuora scored the winning goal from close-range to give him his second goal of the season within four days.
The win was Town’s third consecutive win under returning manager, now Chief Coach, Mick Buxton.
Huddersfield Town 3-1 Preston North End – 26/12/2015
It was a slow first half for Town, but they still scored the first goal of the match late on, when Nahki Wells tapped in the game's opening goal when he latched onto a cross from Emyr Huws.
Town improved in the second half, with Wells latching onto Harry Bunn's pass in the penalty area to double his tally with a fierce low shot.
The Terriers netted another goal in the 76th minute as Huws got on the scoresheet, scoring directly from a right-sided corner.
The visitors scored a consolation goal late on when Adam Reach collected a ball over the top before rounding Town keeper Jed Steer to place the ball home.
Huddersfield Town 3-1 Preston North End – 22/10/2011
Town put themselves ahead in the fourth minute when Preston’s goalkeeper fluffed an attempted clearance, leaving Jordan Rhodes with an easy tap-in.
The striker scored his second goal of the game in the 42nd minute, crashing the ball in off the post with a header from Jack Hunt’s cross.
Rhodes concluded his hat-trick in the second half, showing great composure to fire Scott Arfield’s through-ball into the bottom right corner.
The visitors scored a consolation goal in the 61st minute when Iain Hume’s low cross was turned in at the far post by Juvhel Tsoumou.
Huddersfield Town 3-2 Preston North End – 14/04/2017
The visiting side took the lead in the 23rd minute thanks to an excellent strike by Aiden McGeady. The attacker skipped past Jonathan Hogg’s challenge to fire a 25-yard past Danny Ward’s left side.
A set piece saw Town level the score just before half-time with Elias Kachunga heading the ball into the unguarded net.
Tommy Smith hit a powerful volley across the face of goal in the 70th minute, leaving Jack Payne with the task of heading the ball into the vacant net at full stretch.
Preston came back to equalise inside nine minutes when Tom Barkhuizen provided the ball for striker Jordan Hugill to power past Ward from close range.
The winning goal came in the last minutes of the game when Town earned a free-kick. Mooy’s effort was saved, but Collin Quaner was quickest to react to the rebound to seal the win.
Tickets for Town’s match against Preston are still on sale. Buy yours now! 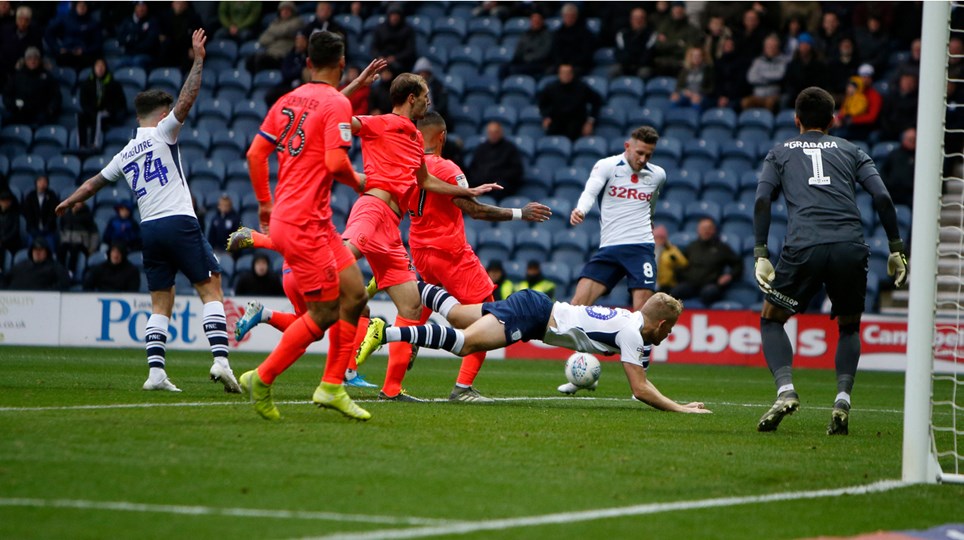 HIGHLIGHTS FROM TOWN’S TRIP TO DEEPDALE


Watch all the action from Town v Preston 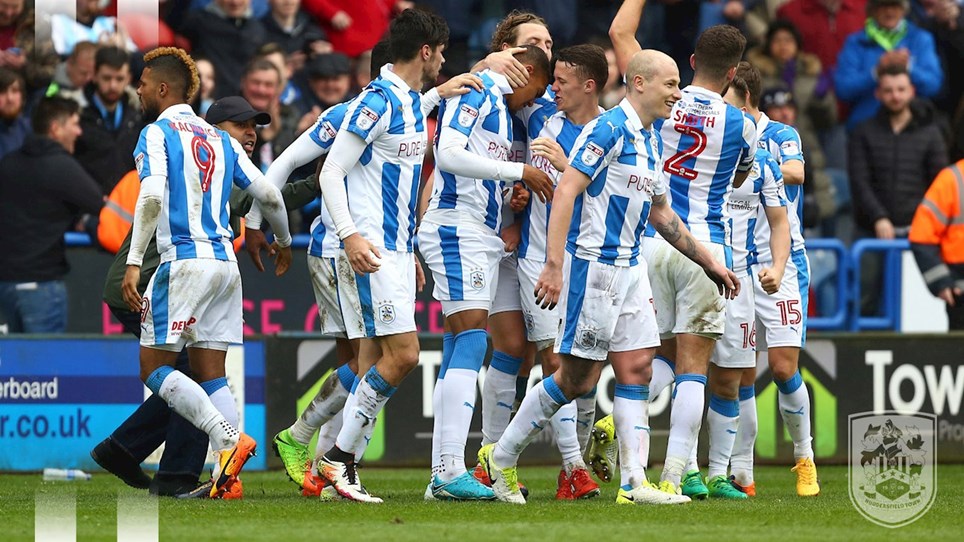 
Town’s most memorable match against each Sky Bet Championship side 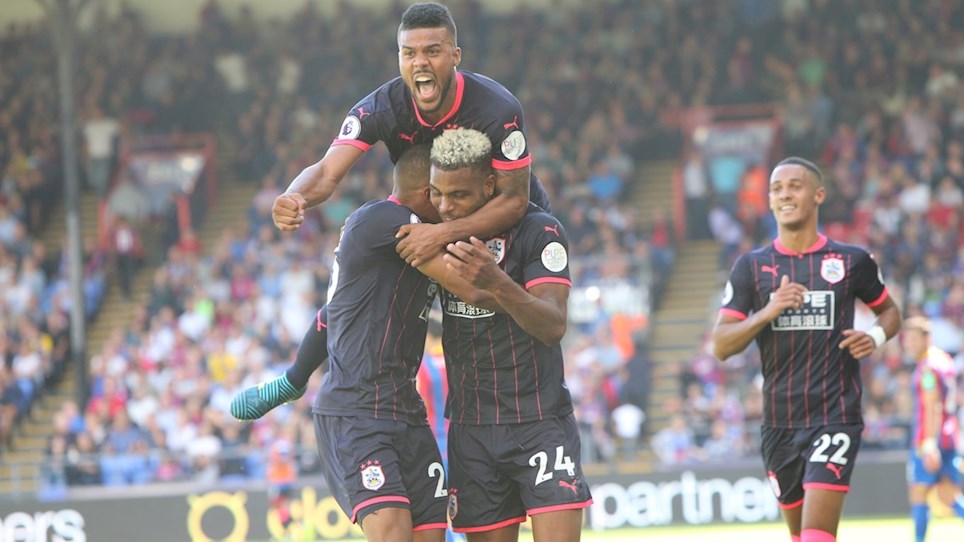 
The votes have been counted and now you will be able to purchase the winning shirts!