Jon Worthington’s side can progress in Youth Alliance Cup

- Huddersfield Town Academy side in action on Friday
- Young Terriers take on Burton Albion at St. George’s Park
- Youngsters will progress to next stage of the cup with a draw

Huddersfield Town’s Under-18 side can progress to the next stage of the EFL Youth Alliance Cup on Friday if they get a positive result against Burton Albion.

Whilst coach Jon Worthington uses the regular Youth Alliance League fixtures to work on specific elements of the Young Terriers’ game, exclusively with Under-17 players, the cup fixtures are used as ‘performance’ games.

This means that the players are tasked to put everything together to put in a performance and win, with Under-18 players utilised in the matches.

That objective has been met by the Town players so far, with two wins and a draw in the first three games. That sees Worthington’s men sit top of Group 3 in the Cup ahead of Oldham Athletic, Accrington Stanley, Burton Albion and Lincoln City.

The top side progresses to the next stage of the competition and a point against the Brewers would cement a first placed finish for the Young Terriers.

As well as the first placed teams, the three runners-up with the best points per match average from the five groups will also progress. 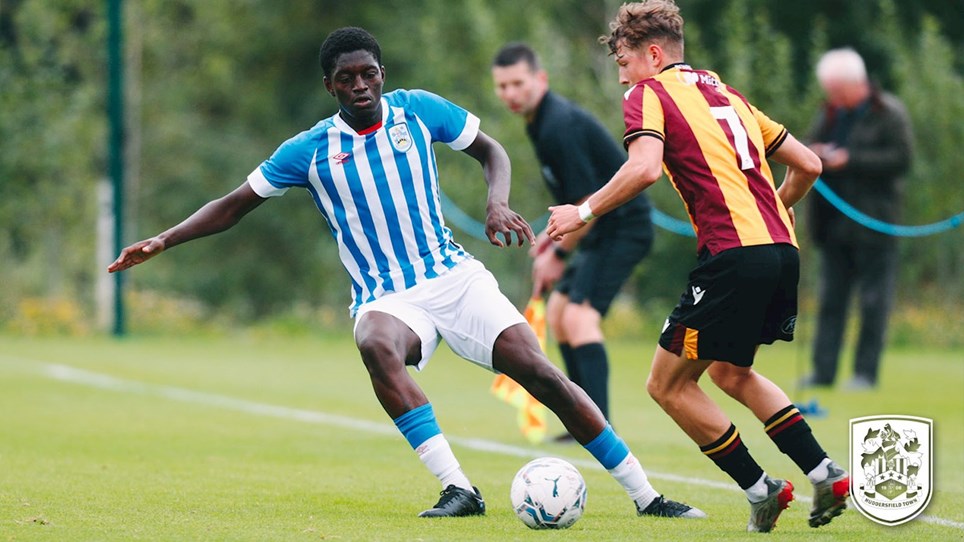