Huddersfield Town has completed the signing of 18-year-old winger Will McCamley from South Shields FC after a successful trial period.

McCamley has put pen-to-paper on a two-year contract that runs until the summer of 2021, with the Club having an option on a further year’s extension.

Will has enjoyed a superb season with the South Shields Academy, playing a key role as they reached a national final for the first time ever – the National League Alliance Under-19 Cup – as well as a stunning run to the second round of the prestigious FA Youth Cup.

He subsequently played two games on trial for Town’s Under-19 side at the start of 2019, scoring an impressive goal in a game against Brentford B.

⚽️ @mccamleywil played two games on trial for #htafc's Under-19 side at the start of 2019.

From Whitley Bay, Will played for his local club, Monkseaton, before joining South Shields, which he has combined with studies at Sunderland College.

He is seen below with Head of Academy Recruitment, Emyr Humphreys. 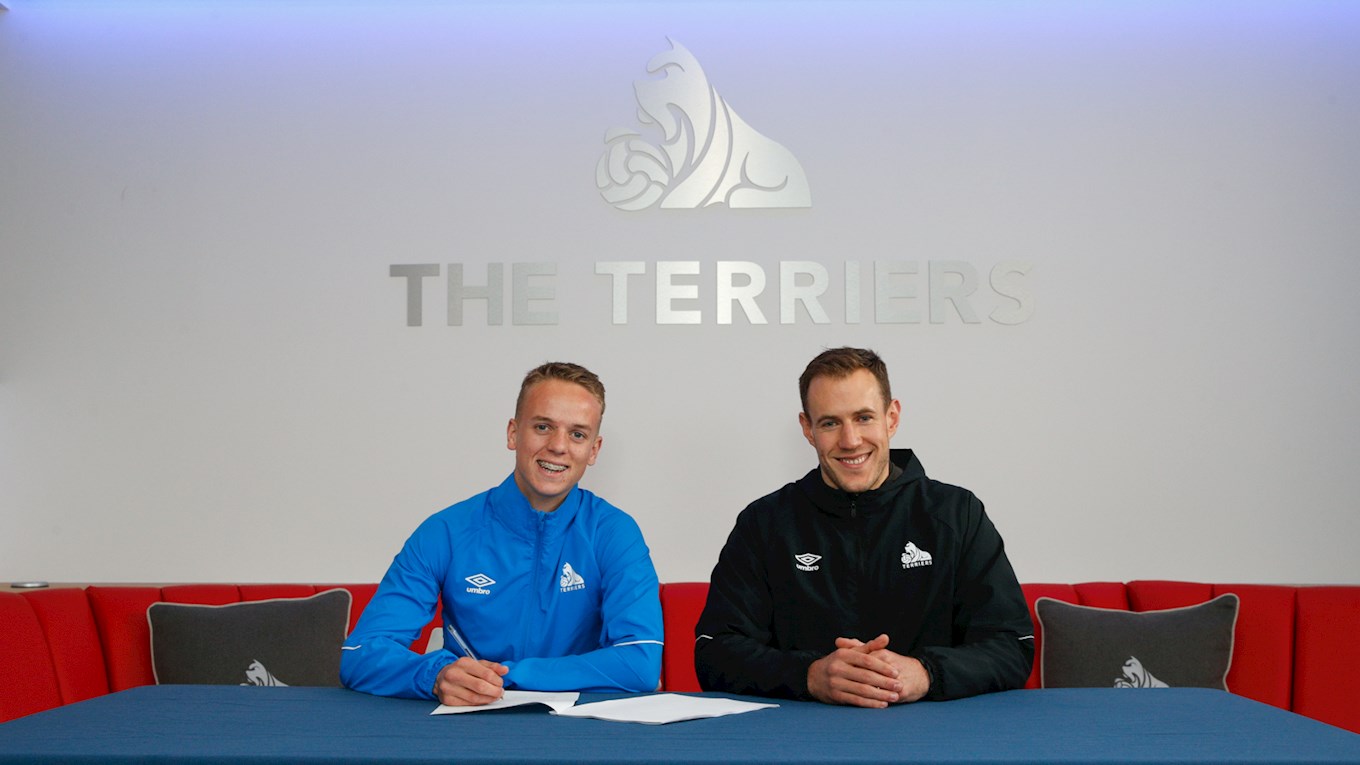 “We’re delighted to be able to welcome Will to Huddersfield Town today. He’s shown real ability during his trial period with us and we’re excited to work with him.

“As with all the players we bring in, we look for abilities that fit the Club’s style of play and Will’s attacking qualities appeal to us.

“Equally, he knows the hard work starts now! There’s lots of work to do with Will as he acclimatises to full-time training and a professional environment, but he’s certainly up for the challenge.”