After disembarking the overnight ferry yesterday (Friday 3 May 2019), over 200 cyclists made the 88-mile journey back to PPG Canalside to complete Huddersfield Town’s Pedal for Pounds with Made by Cooper bike ride, ‘The Chairman’s Choice’.

Once the cyclists had disembarked the ferry, they set off on a 27-mile ride towards Scunthorpe United’s Glanford Park, despite the torrential rain’s attempts to dampen their spirits.

The riders then progressed towards Doncaster Racecourse and The Wortley Arms pub as they neared the completion of the 323-mile journey, which has seen the riders travel through Belgium and the Netherlands.

The cyclists were greeted by cheering crowds as they arrived back at PPG Canalside, before Town Head Coach Jan Siewert came out to congratulate the riders and the Yorkshire Air Ambulance helicopter landed on the training pitches.

Once the final riders had reached PPG Canalside the congratulations speeches began, with Chairman Dean Hoyle, Commercial Director Sean Jarvis and Club Ambassador Andy Booth all taking to the stage to commend the cyclists on completing the 323-mile ride.

The ride, which is 323 miles in total, began on Tuesday 30 April 2019 and finished at PPG Canalside on Friday 3 May 2019; the cyclists will then complete a lap of honour prior to the game against Manchester United at the John Smith’s Stadium on Sunday 5 May 2019. 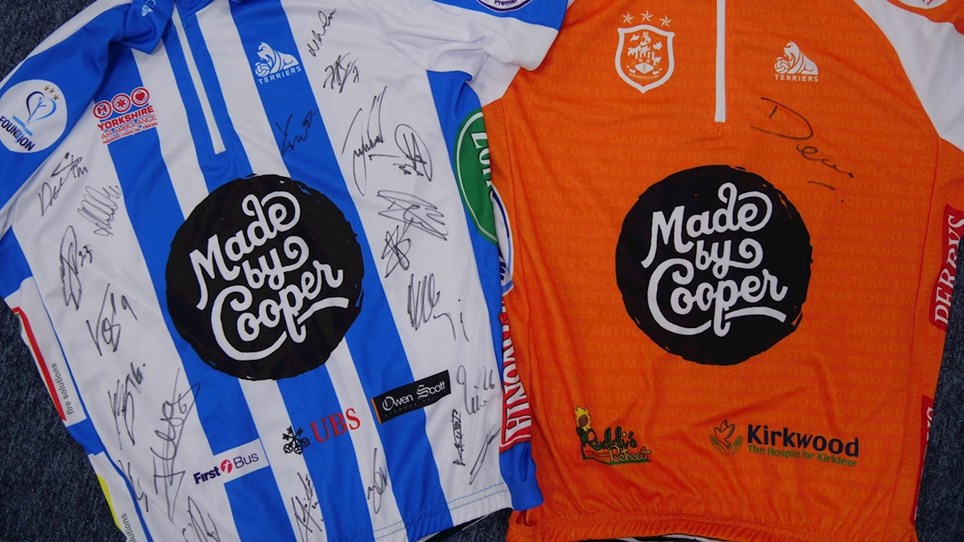 
One P4P10 with Made By Cooper shirt signed by First Team, one signed by Dean Hoyle