On this day in 2004, Huddersfield Town was promoted following victory over Mansfield Town in the 2003/04 Division Three Final at the Millennium Stadium.

With the deadlock still intact after a well-contested 90 minutes in Cardiff, the game went to extra-time with a place in the Second Division, now the Sky Bet League 1, up for grabs.

The 37,218 in attendance at the Millennium Stadium witnessed no goals in the additional period either with the game going to penalties.

Despite taking the spot-kicks in-front of the Mansfield end of the ground, Town raced into a 2-0 lead after two penalties each courtesy of Rob Edwards and Danny Schofield whilst Terriers’ goalkeeper Paul Rachubka saved Mansfield’s first kick before the second was chipped on to the crossbar by Liam Lawrence.

Tony Carss extended Town’s lead to 3-0 after placing his penalty into the bottom corner before Mansfield kept the shootout alive when Neil MacKenzie became the first player to score for The Stags.

However, it was Lee Fowler who scored the all-important penalty straight after to win the shootout for Town and with it promotion to the third tier of the English football pyramid.

You can watch all the highlights from the game, below, on #HTTV! 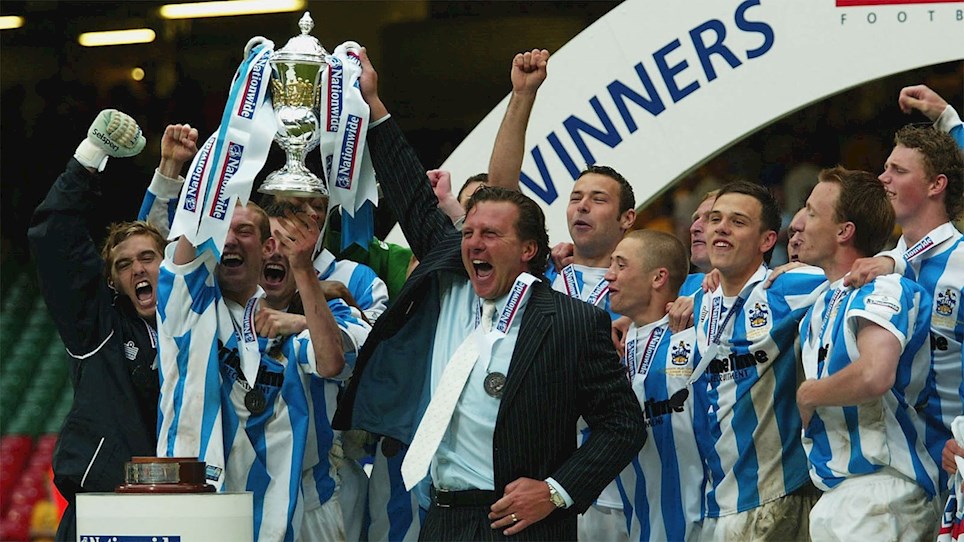 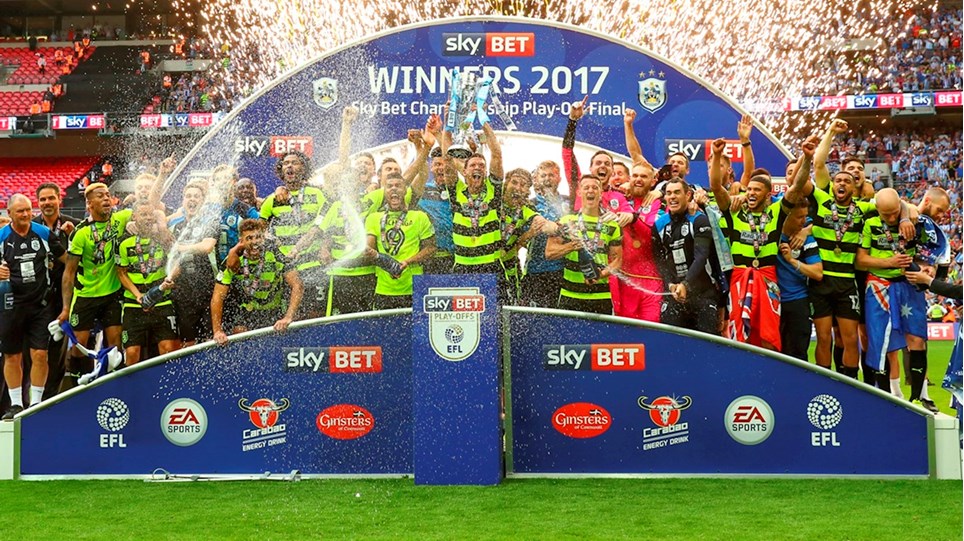 ON THIS DAY: PROMOTION TO THE PREMIER LEAGUE


The votes have been counted and now you will be able to purchase the winning shirts!