16-year-old striker Kian Harratt was named as Huddersfield Town Scholar of the Year on Thursday 16 May 2019.

Kian was presented with the award at the prestigious Premier League Youth Development Conference at Fulham’s Training Ground – Motspur Park.

Each Premier League club selected an outstanding scholar from its Under-18 or Under-17 set up with Town’s Academy coaching staff choosing first-year scholar Kian Harratt as the winner for his achievements both on and off the pitch.

During the 2018/19 season, Kian has been one of the stand-out players for Town’s Under-17s side scoring 26 goals in 31 appearances. Alongside this, the youngster has also stepped up to Dean Whitehead’s EDT/Under-19 side and scored five goals in 14 goals (three starts).

Whilst also performing on the pitch, Kian has also excelled in his college work achieving impressive grades and consistently working to a high standard. 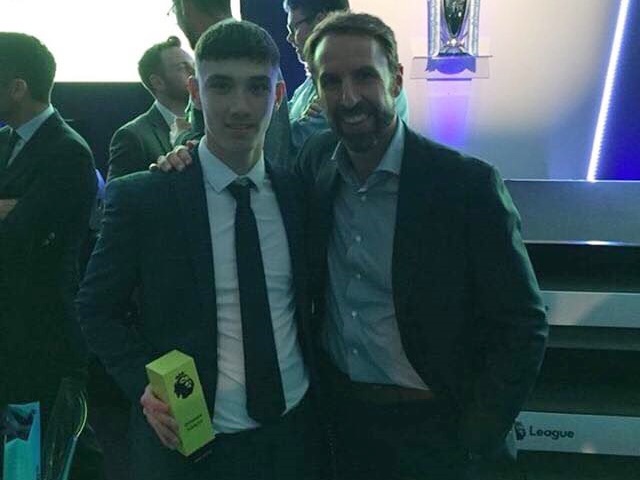 Kian was handed the award by England Manager Gareth Southgate!

The youngster, joined Town’s Academy at the start of the 2018/19 campaign, having previously been part of the Academy set-ups at Barnsley and Leeds United.

“Kian has excelled this season and really deserves this award; he’s been an outstanding all season both on and off the pitch.

“He quickly understood the ethos of this club and has conducted himself in an excellent manner in everything he does.

“He is a great role model for all aspiring footballers as he continues to deliver in his college work and on the football pitch.”