The Terriers welcome the Red Devils to the John Smith’s Stadium on Sunday and the Sky Sports Pundit gave the lowdown on Manchester United and detailed what he expects to see during the match.

I’ve been to Huddersfield three or four times over the last two seasons and I’ve always witnessed a buoyant atmosphere.

I’d expect that it would start off as a celebration of the last two years, if I was a Huddersfield Town fan, and that’s not being disrespectful. My view would be that this is Huddersfield Town’s last home game in the Premier League, no-one knows how long that might be for, so the last two years shouldn’t be taken for granted, it was a phenomenal achievement to be where the Club has been.

What should Huddersfield Town do?

I would say to get under the skin of the Manchester United players.

If Town could do what they did last season; get under the skin and noise them up a little bit and United aren’t quite at it, then it could be a difficult day.

If Manchester United turn up and show their quality, then it could be a difficult day for Huddersfield Town.

The impact of Ole Gunnar Solskjær

The Club went for somebody who was the complete polar opposite (to Mourinho) in the sense that he was adored, loved and always sees the most positive outcome in everything.

Even when he’s on a run like he is now, which is very difficult, you can still see a sense that there is optimism, a positivity and a way out of it.

Ole optimised what the players needed for three months. They wanted a fresh face, someone who could make them feel good, give them a new way of playing, give them confidence and it worked brilliantly.

A change in style

What Ole did straight away was move Rashford up top; that brought an energy and a pace with Lingard. He made us a lot sharper in attack.

Lukaku himself admitted that he wasn’t quite right physically, so it got to the point where Marcus was Ole’s centre-forward and it was a revelation!

Off that the counter attack and the speed of play returned.

What the Manchester United fans want

What Ole has, is a real strong bond with the fans, but the players need to build that bond because of their inconsistency.

Is the top four achievable?

I mean effectively by the time the game starts against Huddersfield Town on Sunday, Manchester United’s top four chances could be gone. If Chelsea win, it becomes near on impossible.

The only reason this could be seen as a blow, is because of the hope Ole and the players gave the United fans through the great run they had.

At Christmas Man Utd’s fans would’ve said the top four was gone, so it’s only because of the absolutely phenomenal form for about three months that put the Club in to a position, but all of a sudden it has become a little disappointing.

I don’t think there’s a shock or a huge surprise that United might not finish in the top four when you look at the whole season.

The disappointment is what’s happened over the last few weeks because the performances haven’t been good enough.

Feelings in both camps

Last season Huddersfield Town won this game and it was an incredible day. The feeling in Huddersfield will be let’s do that again.

The feeling at Manchester United will be let’s hope we can win our last two games and that there’s big mistakes from other teams above them. 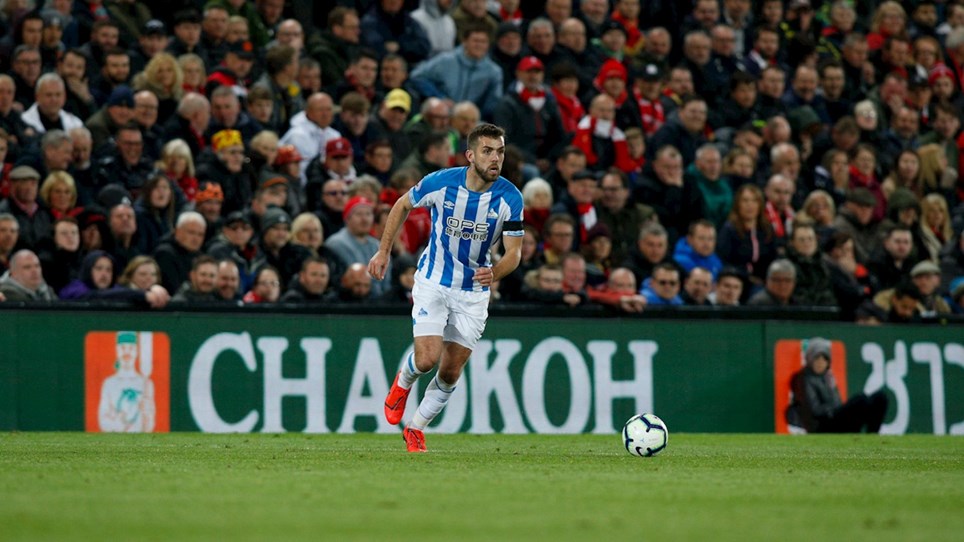 TOMMY: WE WANT TO MAKE IT ABOUT US