- Under-17 left-back Sam Sharrock-Peplow speaks to htafc.com
- Versatile left-back speaks on his progression up to Town’s Under-19s
- Youngster flourishing in the Terriers’ Academy

Sam Sharrock-Peplow believes playing with the Under-19s has been pivotal in his progression so far in the ranks at Huddersfield Town, as he gets closer to the end of his first season in West Yorkshire.

The 16-year old has been an integral part of the Under-17s growth this season, playing in 22 games, and scoring twice for the Academy side.

Leigh Bromby’s youngsters have been working hard to progress and understand the Terriers Identity, with Sharrock-Peplow and his teammates testing themselves against teams older than them in order to further aid their physical progression.

The Young Terrier spoke to htafc.com and believes he has gained a lot of confidence as the season has progressed and feels he has already adopted the identity of the Club.

“At the start it was difficult because I was getting used to everyone, but as the season developed, I’ve felt more confident and comfortable around the whole environment and it’s going well.

“I’ve started off in my own age group and had the chance to try and impress in the 19s and going in and out of the teams has felt really good,” said Sam. 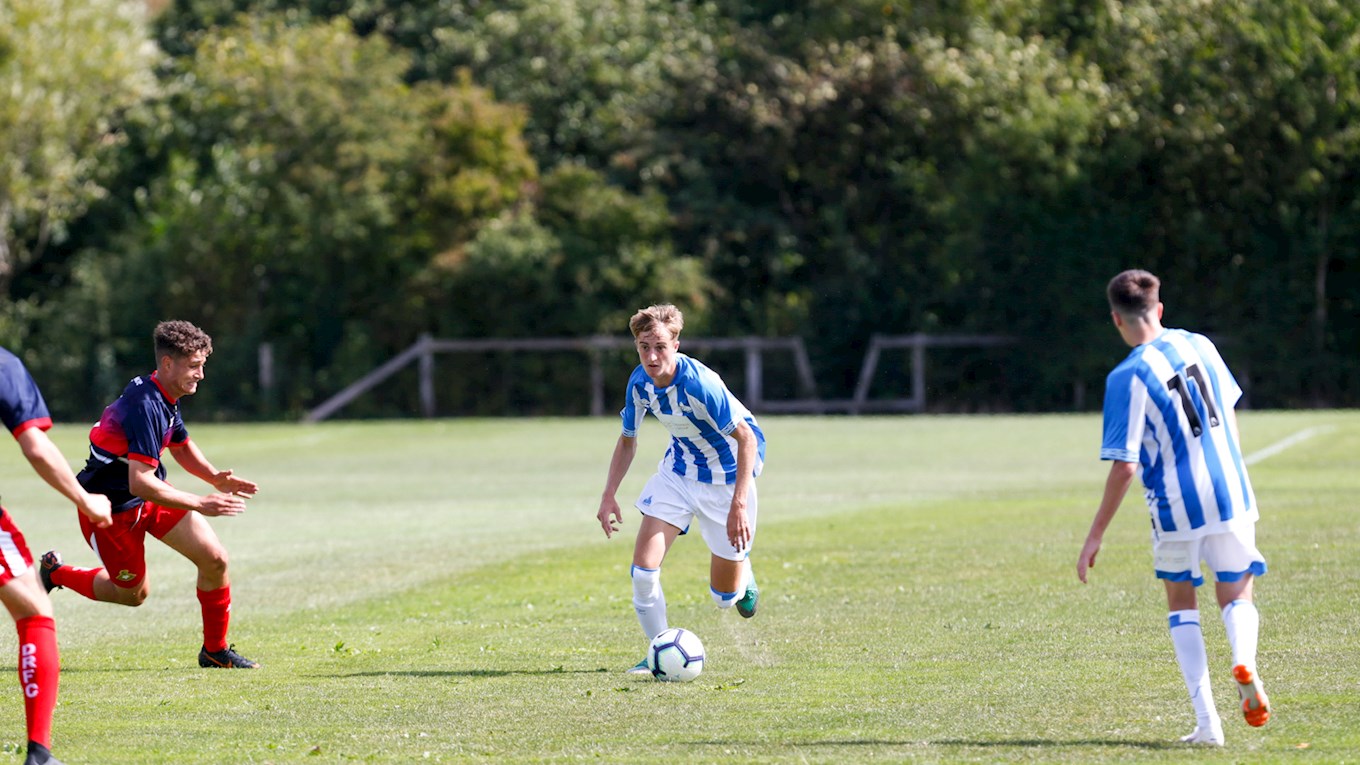 Despite only being a part of the Academy since July 2018, Sam has already battled those much older than he is and feels this has played a significant role in his first year with Town.

“I’m playing against bigger people, so when you come back down to your age group you become more confident in the physical side and in playing football and it makes it easier.

“The coaches have helped me through it and they always give me advice on the pitch and off the pitch.” Sam told htafc.com

During this season, the 16-year old has established himself as both a regular in the academy games, but also, as a versatile, left-sided player, with Sam splitting his time this year between playing left-back and as a left winger.

When questioned on whether or not he saw himself as a left-back or a winger, Sam spoke of his desire to score more goals and establish himself in the attacking end.

He said: “I’d probably say left wing is where I want to be, because I prefer playing further up the pitch.

“I’ve only scored twice. My first goal was a penalty – I got the rebound. The other was in a friendly game, it was a nice tap-in.”

During his development, Sam has spoken highly of the Elite Development Team, believing that the coaches have both substantially helped in his progression and the team’s evolution.

Sam explained how the coaches are there to help them on or off the pitch.

“When I’m on the pitch and when in training, I’ll ask a few questions, they’ll help me out and tell me what’s best for me to do, and that’s for everyone in the team. If someone asks a question, they’ll give the best possible answer, because they know best.”