Huddersfield Town’s Club Knockout winners will head to London this week as the Club’s first representatives in the ePremier League Grand Final!

Painter97 and CroftyBoy925 won Town’s respective Xbox and PS4 Club Play-Offs and will now both represent the Terriers in this week’s ePremier League Grand Final.

The Finals are held in London with games taking place over the course of Thursday 28 March and Friday 29 March 2019. 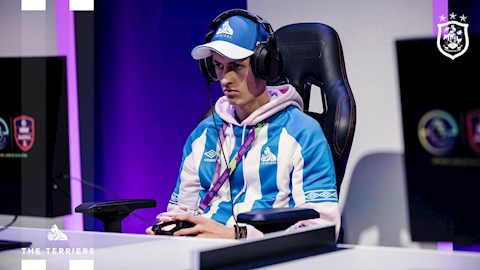 The competition begins with Thursday’s group stages with players aiming to finish in the top two of their group to progress to Friday’s knockout stages.

Town’s PS4 representative CroftyBoy925 is a huge Terriers fan and will be hoping to kick-off his Group C campaign in the PS4 competition with a positive result against Fizzy_EFC of Everton at 11am. 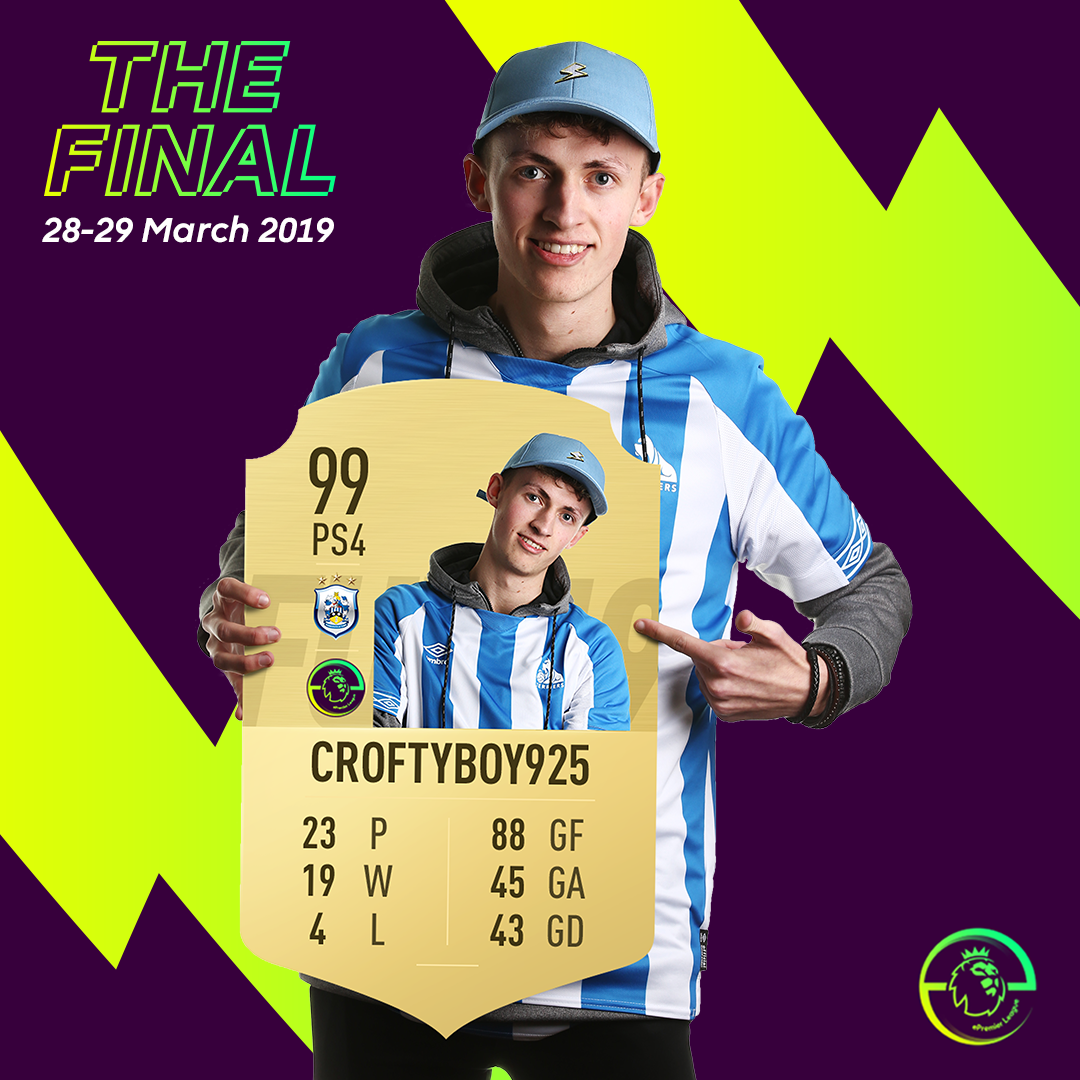 CroftyBoy925 advanced to the Grand Final after beating Yayaboss11, Sneddy and Doorwood at PPG Canalside before narrowly edging the PS4 final against Lawrencex99 thanks to a Golden Goal from Kevin De Bruyne.

On the other console, Town’s Xbox representative Painter97 has also been drawn in to Group C of the respective console category and will start his quest for glory against Brad BFC 1882 X from Burnley at 5pm before coming up against Faze Tass of Arsenal. 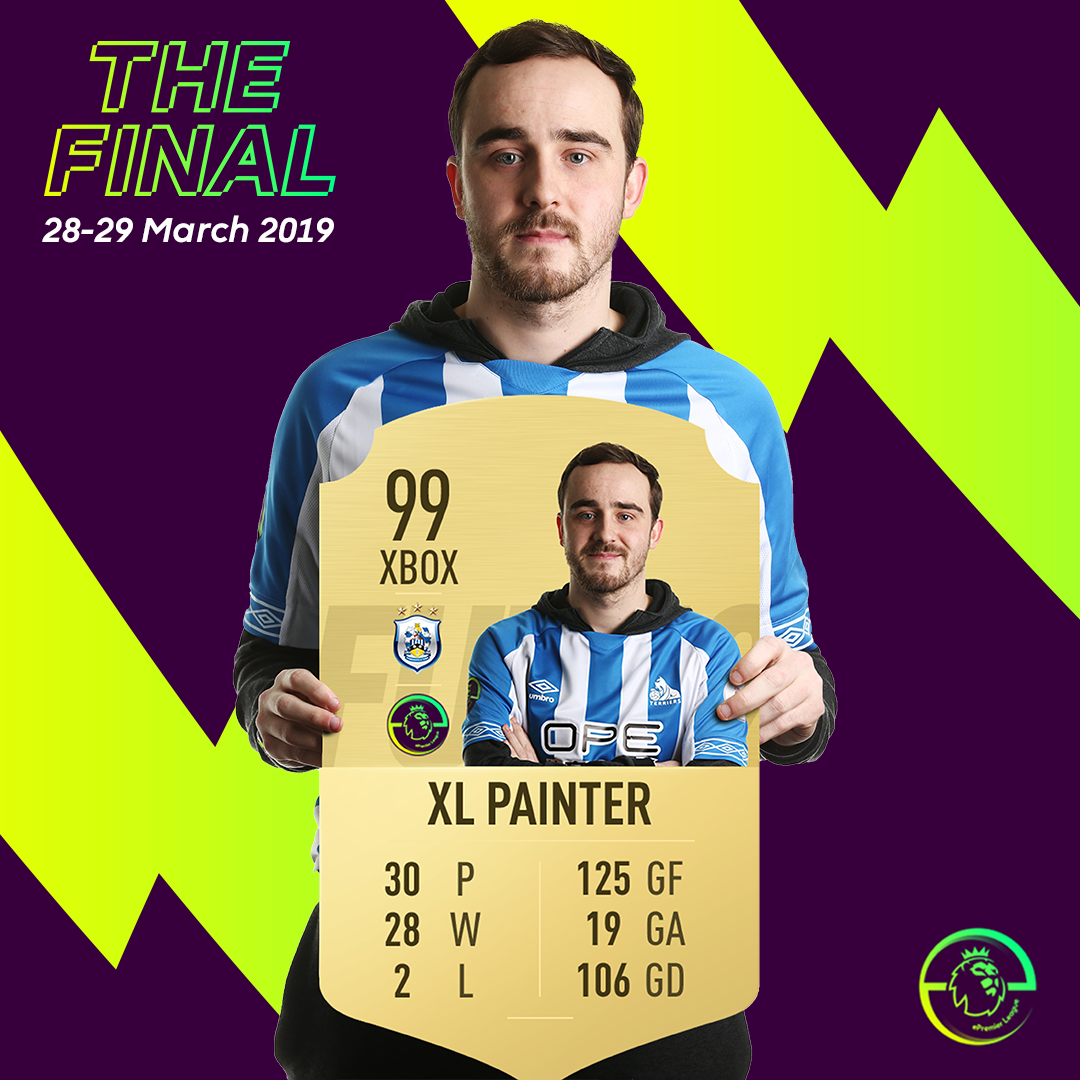 Painter, the top seed in Town’s qualification tournament, will then round off his group campaign with matches against LP Rusher X of Southampton and JoeEvoHD of Wolves.

Town’s Xbox representative saw off Cowler 4-1 in the Quarter-Final and and ezi 9-1 Semi-Final respectively, before winning 4-0 in the final of Huddersfield Town’s Play-Offs against Mr Awberry earlier this month.

Painter is currently ranked number 39 in the world for Xbox players.

The Grand Final will be broadcast live on Sky Sports and through the Premier League’s digital channels where you’ll be able to tune in to watch the games live!