The 18-year-old recently made his First Team debut for the Terriers, following up a late appearance as a substitute in game against AFC Bournemouth at the John Smith’s Stadium with his first Premier League start at West Ham United on 9 March.

He’s now committed his future to the Club, signing a three-year deal that runs until 30 June 2022.

The Londoner subsequently continued his development under the guidance of Mark Hudson and then Dean Whitehead as part of the Club’s Under-19 side, netting nine goals in 30 starts and three substitute appearances for that age group this season.

Rowe was part of new Head Coach Jan Siewert’s squad that travelled to a training camp in Portugal in January 2019 and, upon his return, hit new heights. Aaron netted both goals in the Under-19’s 2-0 win over Sevilla in Spain in February before hitting another brace against Bradford City’s Reserve Team in early March.

That form was rewarded by Siewert, with Aaron becoming the first player to feature for Town’s First Team born in the 2000s. 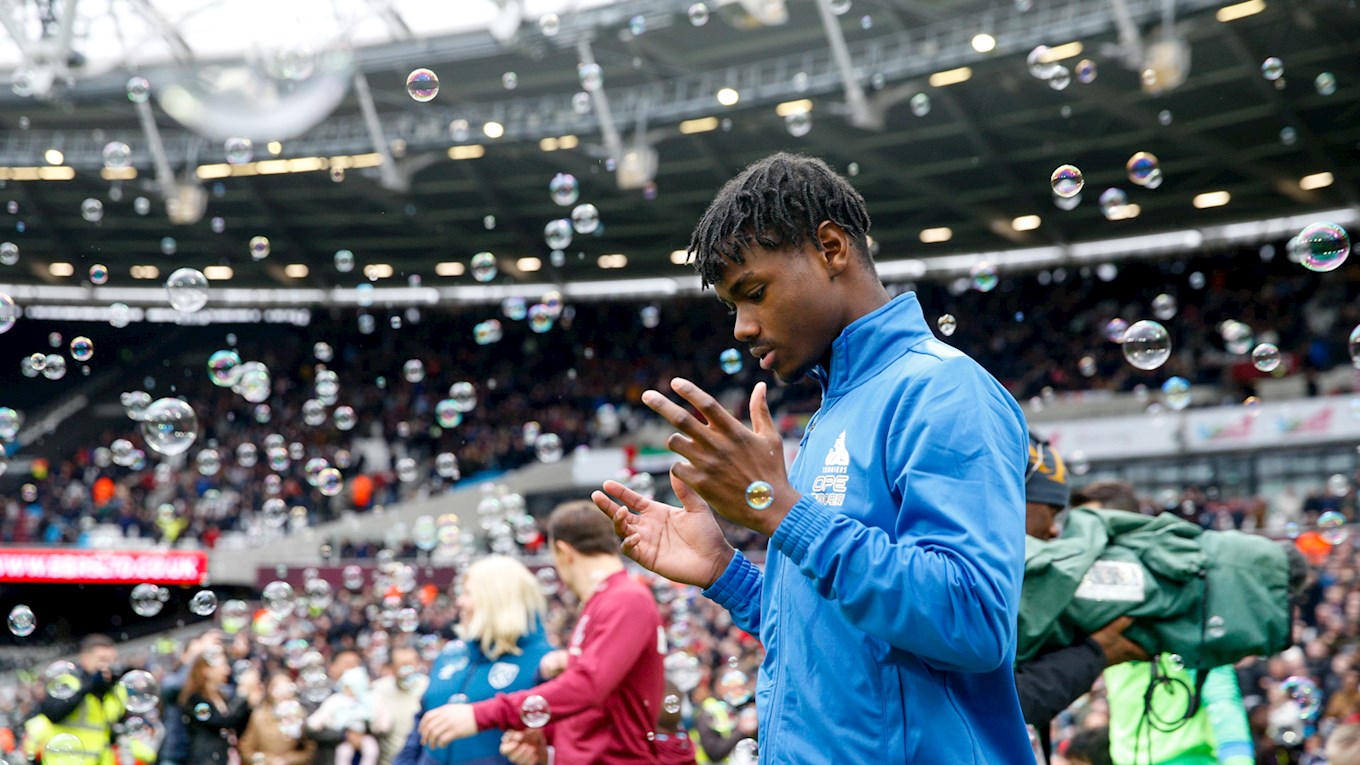 “On behalf of everyone within the Academy, I’d like to congratulate Aaron on his first professional contract. I’ve been in his position and I know what a huge day it is, both for the player and his family.

“Aaron’s progression since the turn of the year has been superb and he’s a great example of a young player who has made the most of the opportunities he’s created.

“We must also thank the Head Coach, Jan Siewert, for once again showing his trust in the Club’s young players and for putting faith in Aaron in the last two games.

“Now Aaron has had a taste of senior football, he will know that his journey and development must continue. He’s got the taste and he’ll be determined to keep pushing forward.”

“Since joining our trip to Portugal, Aaron has done well and I’m very happy to see him sign this contract.

“I’m sure our fans have seen that he is confident enough to show his style on the pitch at First Team level and it’s been brilliant to see how welcoming they have been. As is the case with every young player, he still has a lot of work to do, but he is an exciting player to work with.”