“It’s been a very busy summer this year, but a challenging one” said Huddersfield Town’s Commercial Director Sean Jarvis as he discussed some hot topics this summer; new kits, front of shirt sponsor and Season Cards.

Ahead of every new season a lot of excitement is always generated around the release of brand-new strips.

Huddersfield Town is yet to reveal its, however, when #HTTV spoke to Town’s Commercial Director, an interesting development was announced!

“In terms of the kit, the design of the kit everything has been done and dusted,” said Sean.

“The crest on there will be an applique badge, so that’ll be stitched into the shirt; I’m excited to see that. For me the kit is going to be interesting.

“A bit of an exclusive for #HTTV is that we will be revealing that kit on the (Wednesday) 17 July, so I understand that we are likely to wear that for the Rochdale game, with it being on sale (Saturday) 20 July.”

With the kit already designed many Huddersfield Town supporters will be wondering why it hasn’t been released yet.

Well, this is due to the front of shirt sponsor.

Sean Jarvis and his team have been working hard on a new sponsor and Town’s Commercial Director gave an update on the developments.

“In terms of the sponsor, it’s been very difficult.

“OPE had first refusal, they were the ones that decided whether they wanted to renew or not at the price we wanted to set the kit at for next season. Sadly, they didn’t renew, but we remain friends with them.

“We went looking in the market place and there were a number of Championship clubs, and I think there are one or two still, looking for shirt sponsors. It’s a very competitive market and we have set our prices.

“We had some interest throughout the summer but as these happen sometimes they get further down the line and they tend to collapse, so it’s a complicated affair.

“Would we have liked to have done it sooner? Of course, but it is what it is.

“We are now having a number of meetings down south with people. We are now pretty close.

“We are not there yet, and there’s still some work to do and contracts to sign, hence why the kit has been delayed to that mid-July point. We are getting close. Hopefully the 17th July will be that key date.”

Alongside trying to negotiate a deal for the front of shirt sponsor, Sean has also been closely monitoring Season Card sales.

He admitted to #HTTV how proud he is of the support from the Town fans.

“The Season Card campaign has been really interesting this year. I think I’ve said it many a time, the loyalty of our fanbase has been phenomenal.

“As we sit here now, we’ve sold more Season Cards for the Championship season versus the Premier League year two, which demonstrates that our fanbase is very loyal, keen to see us in the Championship and to support their club. I’m taken-a-back by that.

“We still remain selling Season Cards now, I’m not going to give out a figure, but we’ve set a deadline of Friday 28 June.

“Anybody out there who hasn’t got one yet, I’d urge them to do that ASAP.”

You can watch Sean Jarvis’ full interview below on #HTTV! 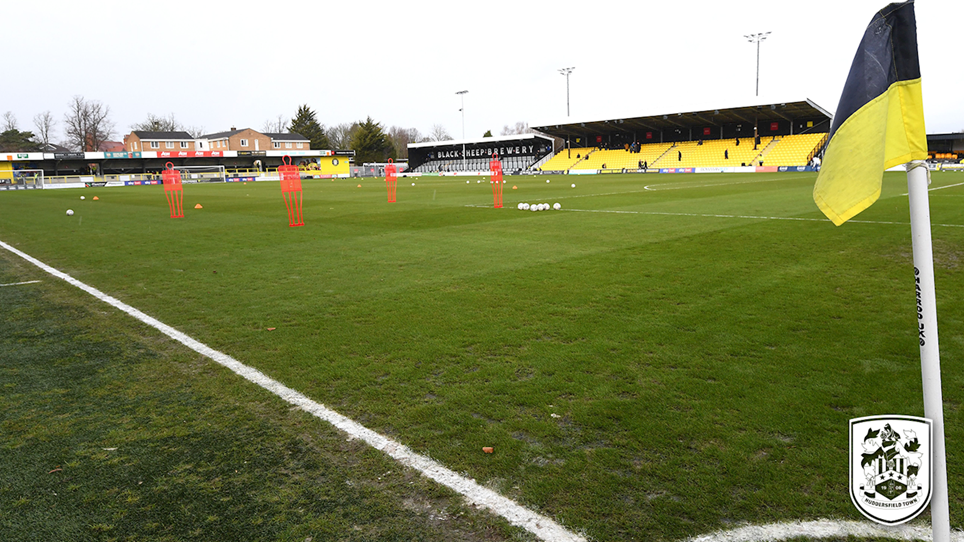