The Huddersfield Town Academy has completed the signing of 18-year-old defender Ilounga Pata.

Ilounga signs for The Young Terriers after a successful trial period with the Club.

Born in November 2000, the full-back came through the ranks at Dutch Eredivisie side ADO Den Haag before moving to play for Alphense Boys.

The Dutch citizen typically operates as a right-sided defender but has also played on the right-side of midfield previously.

Ilounga played three times for Town’s Under-19s whilst on trial including games at a tournament in Newcastle and in the Young Terriers’ 5-1 win over Leeds United.

The Young Terriers completed the signings of Luke Daley and Kai Herbert this week with preparations well underway for the new season. 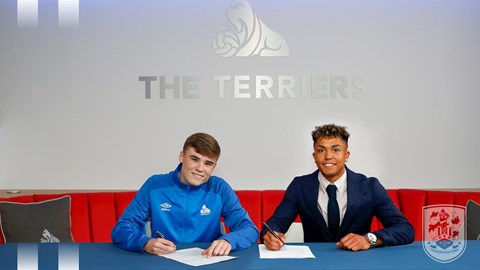