- Steve Mounié could be part of Benin history at AFCON
- Town’s Beninese forward suspended for Round of 16 game
- Senegal awaits in the Quarter on 10 July for the Squirrels!

Steve Mounié could represent Benin in the Quarter-Finals of the Africa Cup of Nations; with The Squirrels progressing further in the competition than they ever have before!

Mounié was suspended for Benin’s Round of 16 game with Morocco as The Squirrels won 4-3 on penalties after a 1-1 stalemate.

Benin play Senegal in the first Quarter-Final on Wednesday 10 July 2019 at the 30 June Stadium in Egypt; kick-off 5pm.

A 0-0 draw with Cameroon ensured that The Squirrels progressed from the group stage as one of the best placed third-placed sides.

Benin drew all three of their games in the Group Stages, with the Cameroon draw backing up similar results against Ghana (2-2) and Guinea-Bissau (0-0).

Prior to the Round of 16, Mounié had played every minute for The Squirrels so far and will be looking to return for the Quarter-Finals against Senegal.

Regardless of that result, this is already an historic campaign for Steve and Benin. His country had fallen at the group stage of Africa’s premier tournament on the three previous occasions they had qualified.

Town’s Number 24 scored a hat trick in their final preparation game in a 3-1 win over Mauritania, finding the net in the 38th, 66th, and 75th minute, taking his tally of international goals for his nation to six from 19 caps. 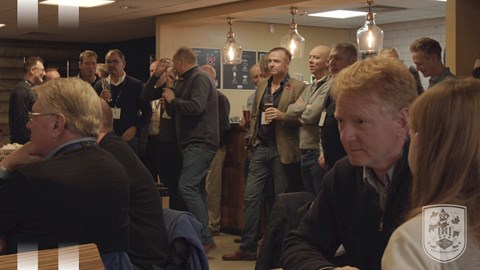