Mustapha Olagunju believes that things are starting to click together for the Under-17s as they reach the midpoint in the first year of their scholarships.

The Young Terriers play their first game back after the Christmas break welcoming Burton Albion’s U18s to PPG Canalside for an 11.30am kick-off.

Olagunju – who was born in Plumstead, London – was able to spend some time at home over the break, but didn’t use it as an opportunity to stop working as he explained to htafc.com.

“I spent time with my family [over Christmas] and did some work; both education, fitness and football-wise. I’ve also been able to do some more work with my assignments. 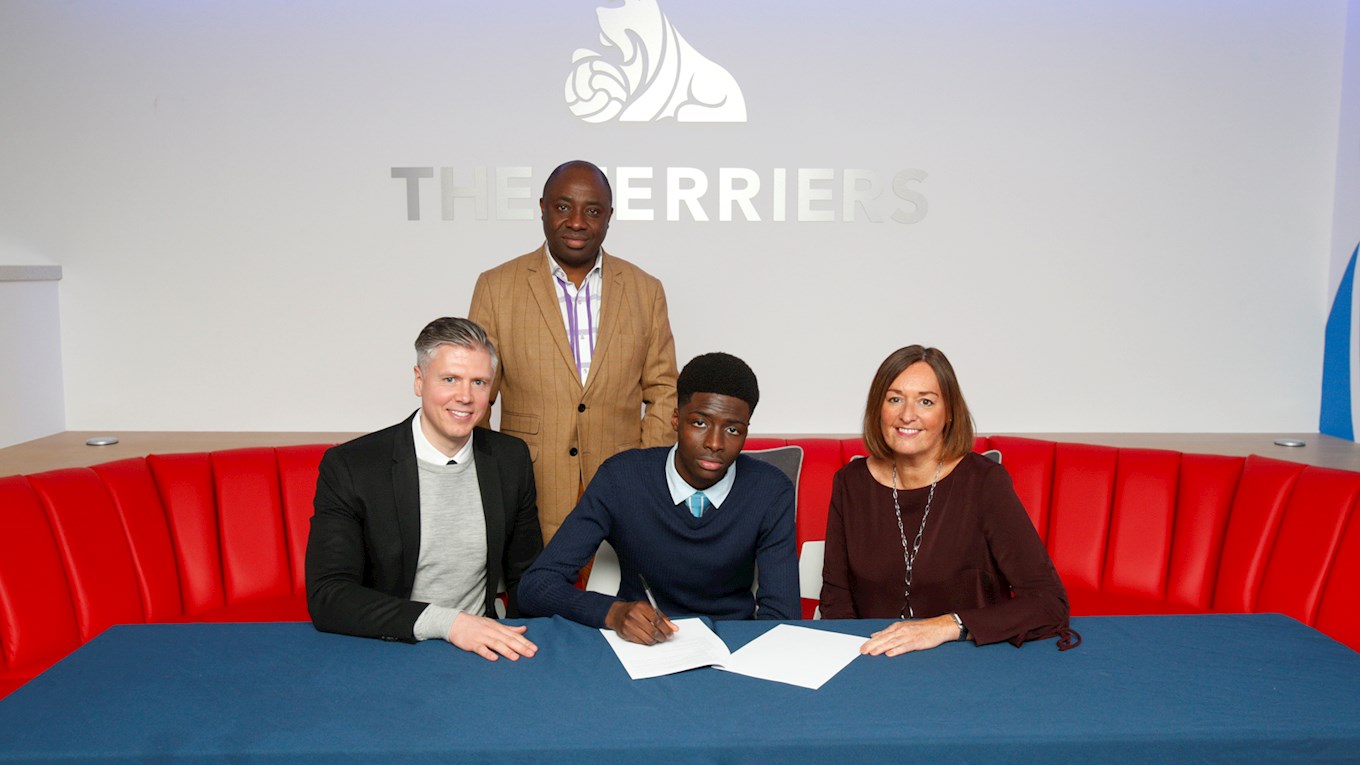 Competing against players from a higher age group is one of the strategies adopted by the Academy, but the 6ft 1’ defender believes working as a team is helping to overcome the effects of the age disparity.

“Some of the games we could feel the age difference but when everyone connects together and fights for one another it improves.

“From the start of the scholarship you could see where we could improve, and I think everyone has improved a lot. We are starting to adapt to the system and it’s getting better.

“My movement has improved so when I get the ball, I know what my next move is. My heading and passing has also improved.”

Mustapha has turned out for the Under-17s on seventeen occasions already this season and is hoping the eighteenth ends in a positive result against Burton Albion.

“We go into the game tomorrow looking to win. This game is our first game back after the holiday and we did testing earlier in the week and I feel like I’ve come back better fitness wise.”

Supporters not making the trip to Cardiff can come and support Dean Whitehead’s Young Terriers at PPG Canalside FREE of charge.