Get the first 2019 edition of The Terrier

Huddersfield Town supporters can purchase a copy of The Terrier ahead of tonight’s Premier League game against Burnley.

Town’s match day programme, printed by Ignition, will be available to supporters for just £3.50 and you’ll be able to read an exclusive interview with Alex Pritchard.

The attacking midfielder discusses his first year with the Terriers, how he’s improved as a player and how he felt following Town’s first Premier League win of the 2018/19 season.

As always, the programme includes columns from Head Coach David Wagner and Captain Tommy Smith, whilst Chairman Dean Hoyle continues to call for togetherness between supporters, players and the Club.

Inside this week’s edition, there’s also a special look back at Town’s achievements and key moments during the year of 2018! Who else wants to re-live that memorable night at Stamford Bridge?

Do you want to know more about tonight’s opponents Burnley and how they’ve been playing this season? Well look no further than The Terrier!

Burnley Express reporter, Chris Boden, gives supporters the lowdown on the Lancashire club, whilst the match day programme highlights key players to watch, takes a look at Sean Dyche and much more!

Alongside this, Erik Durm takes part in Past, Future, Present, whilst Tommy Smith reveals which one of his teammates spends the most time looking in the mirror.

Purchase your copy from around the John Smith’s Stadium or at PPG Canalside for just £3.50.

Supporters with a visual impairment can request a text-only version of the Terrier, which can be sent in the week following a home game. To request this, please email adam.tomlinson@htafc.com. 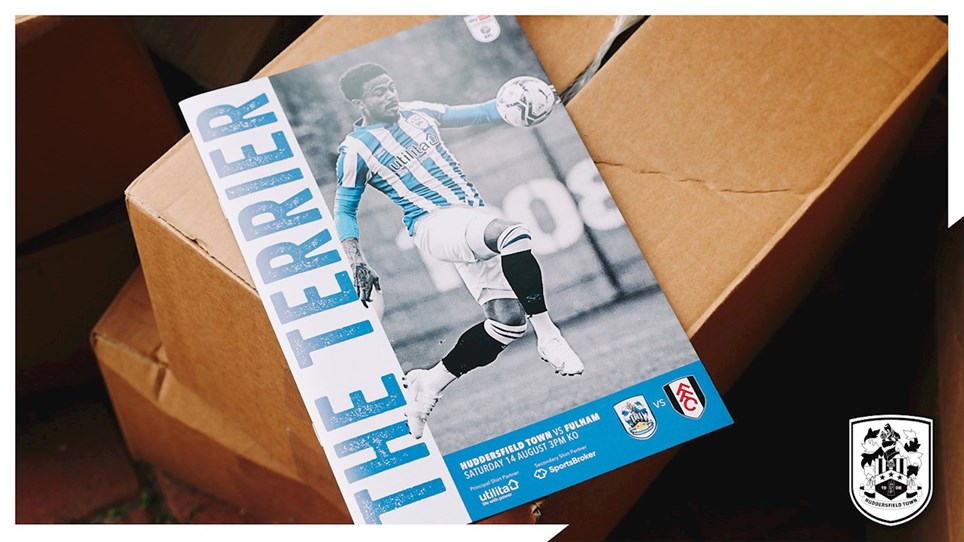 
All our match day programmes and team sheets from 2021/22 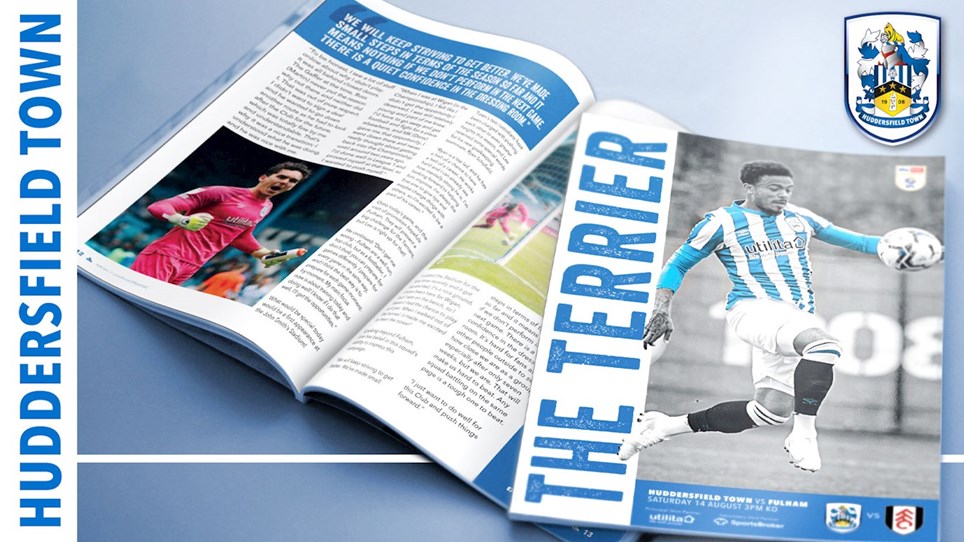 
10,000 copies available at the Stadium for Fulham game

GET YOUR FREE MATCH DAY PROGRAMME ON SATURDAY!